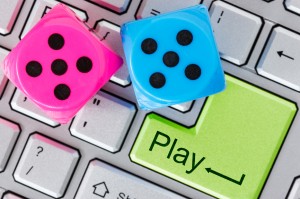 The past several weeks have brought with them a steady stream of news related to states in the U.S. moving toward some form of online gambling.

In particular, California and Kentucky are taking steps in securing a web-based gambling initiative within their borders, and it looks relatively good for both of them. According to the Courier-Journal, Kentucky has been nearing an agreement to permit online sales of lottery tickets for the past month.

The latest news indicates that the sales would not actually occur until sometime in the year 2015. It would follow a series of bid proposals this summer with a decision on the provider expected to take place in the fall. In the other states where this is currently permitted, the Courier-Journal reports that only 1 percent of sales stem from the web. However, Lottery President Arch Gleason said that he’s hopeful those sales will increase alongside sales in actual stores, with both growing at a steady rate in the coming year. He made note of that following a statement by a state senator who is concerned online sales will hurt grocery stores. It’s worth noting that the senator is a former grocer.

In California, the Iipay Nation of Santa Ysabel, which is based in the southern part of the state, has been making news for its plans to provide residents with the chance to play online poker. Gambling beat writer Vin Narayanan reported that the Santa Ysabel are launching their own platform called PrivateTable for all Californians to use.

An attorney representing the group argued that it’s completely legal because the Santa Ysabel, as a federally recognized tribe, signed a Class 3 gaming compact in 2005. That agreement, the attorney said, allows the tribe (and others in the state, should they sign a similar compact) to offer online gaming. How successful the Santa Ysabel are with this venture remains to be seen, of course. They actually had to close their physical casino back in February 2014 and have apparently been working on a plan for an online option for the past year or so.

Elsewhere in the U.S., states that allow online gambling, such as New Jersey and Delaware, have already linked with major providers. Actually, one of the most recent examples occurred in New Jersey, which received approval in November 2013 to partner with Betfair. The agreement allows residents to play more than 50 table games and slots at the West London, England-based online gaming platform, which launched in 1999 as a betting site and has grown into other avenues in the ensuing years.