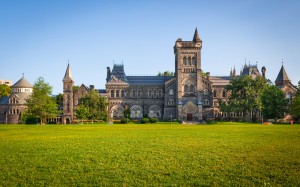 The fact that boys across all academic disciplines are falling behind in school— once only suspected to be occurring in the public school system nationally– is now widespread and well-documented. A great deal of research has been done to determine the causes, and some of the public discourse on the matter has taken on political overtones. For parents of boys who want to understand the root causes of this decline, clear and impartial answers can be tough to find.

Differences Between How Boys and Girls Learn At Different Ages

Studies have shown over and over that while men and women do not have significant differences in terms of education, boys and girls often do because of differences in how their brains develop. While mixed-classroom settings delineate by age, they don’t delineate by gender, even though psychological development occurs very differently between the two. In fact, many common features of education available just a few decades ago which helped boys learn more easily don’t exist in the public school system anymore, such as more robust physical education. Even worse, a typical lack of attention and focus on more interesting activities common among many young boys (who tend towards event-based learning) is leading to overdiagnosis of attention deficit disorder.

Because boys tend to gravitate towards active approaches to learning in contrast to an increase in a more passive learning style increasingly used in public schools, studies have found that boys are actually being penalized despite roughly equal academic achievement. In short, certain modern educational techniques often work well for a majority of girls, while the same is not true of most boys. Failure to conform with the system leads to boys falling behind due to negative assessments on the part of the educators.

Why A Gender-Based Approach Works

One solution for parents of boys who need something other than a cookie-cutter approach to education is an all-boys boarding school. Single-sex schools show higher grades and better academic advancement than their co-ed school peers for a variety of reasons. The most obvious reason in a school for boys is that classes are taught in a way that relates to how boys actually think. While retaining the same, if not higher, academic standards as co-ed schools, education adapted for the developing male mind helps boys grasp concepts in ways that make them feel more comfortable in an environment that is less judgmental of the way they think and act. Developing friendships with other boys learning the same material also creates bonding through experience working out solutions, another key factor in successful education for boys.

A recent article from Grand River Academy, a leading Boys’ school in Ohio, offers a number of tips and suggestions for parents looking to help their boys learn more efficiently, as well as a slideshow with more helpful ideas. An all-boys school since 1831, the academy has almost two centuries’ worth of experience in educating boys and understanding their unique learning strengths as well as the drawbacks to educating boys often found in modern public education. Parents ready to take a more active role in giving their sons a more solid educational foundation often don’t know where to turn– but help and advice is available. Boys are great learners, when they learn their own way.