Symptoms and Signs of Black Magic 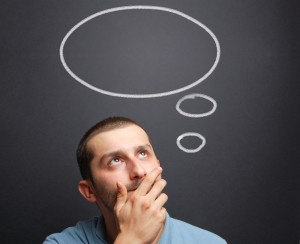 For ages now, historians, philosophers, and scientists have debated over the existence of supernatural powers. Even though modern science very vehemently denies the existence of such powers or forces, the fact remains that, from time to time, we all do experience phenomenon that is inexplicable and completely incomprehensible to our rational minds. It is at these times that one begins to wonder whether one is in fact a mere puppet at the hands of Mother Nature, or whether some hidden forces are systematically and purposefully acting against us, impeding us from achieving what we earnestly deserve.

What is Black Magic?
One of these age old forces is Black Magic. This term is used in a wide variety of world cultures and known by several different names across the globe. It finds references in some of world’s most ancient literature, works of art and mythology. One can find several theories espousing the origin, practice and historical evolution of Black Magic.

In this article, we will majorly focus on the primary symptoms and signs that one has been subjected to this dark art. The symptoms that one is subject to Black magic can vary from mild palpitations to consequences of a serious or hazardous nature.

Primary Symptoms of Black Magic
According to Anne Jones, the renowned London based healer, the primary symptom of a Psychic attack is that one will feel that his entire energy has been depleted all of a sudden. The symptoms can be further classified into two major categories. There are social symptoms, which are occurrences around a person and his zone of reference and influence, which includes family, friends, co-workers, strangers, and one’s relationship with them. There are also physical or mental symptoms that are indicated by a drastic change in one’s own physical or mental state and well-being.

The mild symptoms can include minor misunderstandings in relationships, good intentions being taken for bad, fights for inexplicable reasons, feelings of loneliness, constant avoidance from others, building lack of trust with close ones, among others.

Progression to Radical Symptoms
The symptoms can be progressive and more pronounced, resulting in constant dreams of bad nature, including dreams about envious living entities such as snakes, scorpions, and spiders. One’s health may take a turn for the worse, and one may feel weak and lacking of energy for no physical reason.

According to Talal Zoabi, the renowned Israeli spiritual healer, the only way to remove strong black magic is to consult an authorized spiritual healer, an appropriate authority in the field. A healer will not use any other form of magic such as white magic to remove black magic, but rather the healer will use talismans or miracles to cure. Use of other forms of magic may only worsen the state of the patient.