Gambling Transition from Traditional to Digital 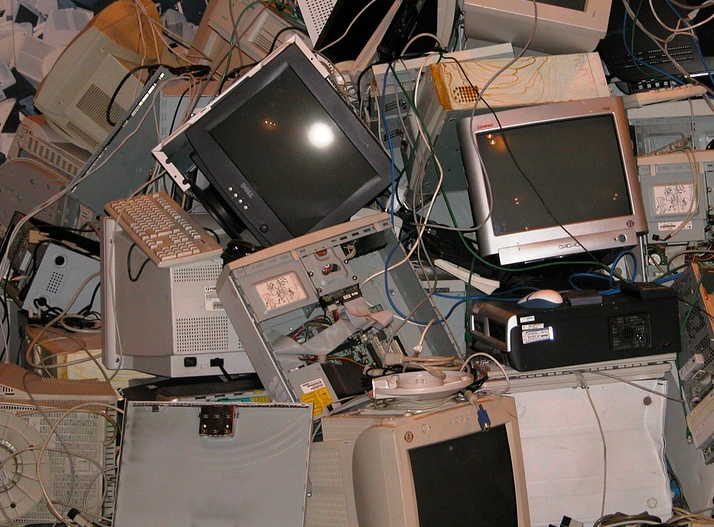 Everything is headed online these days and casinos are no exception. Everything you can get in Vegas, you can get online now faster than ever but where did this start? For many of us, it feels like we blinked and missed the transition though it has actually been many years in the making.

If we go way back to the days before video games, your only option was to play games in a Vegas casino. Now, we’re treated to mobile casino games left, right and centre which often leaves the consumer with just too much choice. This gives rise to a secondary industry of experts, like those at casinoroller.co, who recommend the best casinos and promotions.

The humble betting shop and casino are where these digital revolutions began, as they experimented with online gambling. Through tentative steps, the idea of an online casino was formed but they instantly faced an issue. The online gambling industry wasn’t trusted, as it appeared to be a new industry without regulation.

The Caribbean country of Antigua and Barbuda was the very first territories to make a foray into licencing. They were aiming to get their hands on some of the lucrative tax benefits that would come with government licenced gambling. Now, this is the done thing but back in 1994, these legeslators were making history.

Over the next three years, hugely instrumental changes went on in the industry and a number of world firsts. Microgaming created the first casino software, the first casino encryption went live and in 1996 the first real money, online casino gamble was placed.

In the late 90s, software developers began a vicious battle to replicate real casinos ever more successfully. Progressive jackpots and party poker rooms were created, but no one could have anticipated what was to come.

In 1998, there were around 700 real money casinos out there but in the new millennium this exploded. More licensors, more casinos and even more games just caused the industry to balloon and become what we know today. This in all the space of just a few short years was the gambling industry’s version of the gold rush.

From there on out, this industry has just continued to get bigger – at times nearly collapsing under its own weight. The challenge now is not to attempt to do something first, it’s to do it better than any other casino out there. Innovation still plays a major role but it’s more about catering to the customer with a better promotion than anyone else.

The online player base still chooses to go to casinos and betting locations, but they spend more money than ever online. The ease of use of online and mobile casinos means that there are transactions made every second of every minute of every day.

Casinos must be smarter and must know their quarry when it comes to enticing in players. They must retain as many as possible too, as a new customer costs much more than a returning one. The world of online casinos now revolves around retention rates and the cost per acquisition. It’s still a money making machine but it’s dominated by a few big names because of the resources needed to stand out.

The customer must be led by the hand when it comes to signing up and depositing with the casino. They have to make it as easy as possible, or they’ll simply become distracted and go elsewhere. While this might seem infantilising to the customer, it’s what they’re really looking for when they go online. No fuss and to feel catered to are among the top priorities of the casino playing population.

It’s not just casinos either, online sportsbooks are now flung into a dog eat dog arena of comparison. There are entire sites dedicated to scouring for the best odds while leaving all other sportsbooks in the dust. It’s a symbiotic relationship for the two parties, as one provides a service while the other splits the profits. In such a busy marketplace the cost of getting customers through the door can be frighteningly high.

Far from the basic coded websites of the early 2000s, casinos and sportsbooks now offer a tailored service. They know which games you like, what to suggest next and what promotions you want to take part in. This customisation makes the user feel more important and it also changes them from another face in the crowd to a valued player.

The reluctance to risk assets and customers is the flaw within the big gambling companies, as they are so focussed on what the competition are doing. They work to beat others at their own game but ever so often, a new contender comes along and changes what the public expect. If the information behind these moves is sound then some of the larger companies may follow suit but by that time it’s already too late.

The overwhelming feeling in the industry is that gambling is more accessible than ever but this isn’t always a good thing. The onus on keeping the public safe from the dangers of gambling is now partially on the operator, which is a novel argument. Online bookmakers and casinos are now tasked with informing the public of limits and where they can go for help when they need it.

Because of the availability of gambling, the industry must be careful not to oversell their wares to the public. Advertising standards and laws on exclusion are now in place to prevent these operators from tempting those that could become addicted to gambling.

With such competition in the industry for customers, the ways in which the casinos and bookmakers advertise to them have also changed. Thinking back to the time of Vegas casinos, they would build up a reputation with gamblers through word of mouth. The advertising of a new casino would happen on the strip but now it’s all online too.

Email, Facebook and search engine marketing are how we hear about casinos nowadays. The customer is encouraged to click through from what they are doing to a casino or bookmaker. For this purpose, the sites must be speedy and simple to use, while offering something that their competitors don’t.

The arena in which these operators play for their customers has all changed and those that don’t keep up are very quickly left behind. This is the challenge for industry specialists and advertisers, who must always be looking for the next big thing.

The largest online operators now invest their cash in experimental think tanks. These are usually in house groups filled with graduates and those at the top of the game. They’re essentially locked in a boardroom and tasked with coming up with a new strategy that will win the hearts and minds of players.

Through rigorous selection processes and brainstorming, the ideas are then pared down into just a few to go forward into the next stage. At this point in time, the think tank is playing hard ball with the ideas that could potentially make or break a gambling outlet. Every part of its viability will be tented and any possible negative press will be examined before just one idea is selected from the group.

The idea then very quickly changes to a reality as they are tested on small groups of customers. Based on the feedback from these pilot schemes, the idea will be rolled out, improved or scrapped as the feedback dictates. These pools of bright minds can come up with amazing new ways to court players or simply throw out dud ideas.

In standing out from the crowd, these workers are exceptionally useful for the company as they mould new ideas. The downside to this is that it can be a very costly endeavour and casinos are not too big to fail, as we’ve seen in the past.

Operators now want to appear personal and friendly, which is something that they’re cultivating heavily. How they appear to the customer is one of their main concerns but it’s not something that can be changed overnight. Radical bookmakers invest millions in their social media and how they converse with users. This can be perceived by the public as trying too hard or being over the top, depending on how well the strategy is executed.

All of these strategies are just one way to get ahead of the crowd, but do they really pull in money after expenditure? The profit made from them cannot really be quantified as they simply add to an overall marketing strategy. It’s just a part of what makes an online betting portal a worthwhile place to visit and what makes it profitable.

One thing’s for sure, the online betting locations out there are fighting tooth and nail to come out on top. They’re exploring all of the avenues they can to bring in the customers, whether they are successful or not. The next breakthrough could spark another revolution in the online gambling world, though it will most likely be digital.