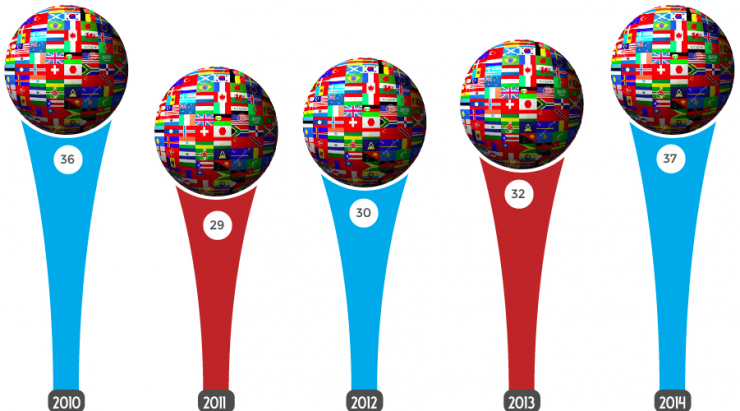 According to No Film School, the average independent film’s production cost is about $750,000, or three-quarters of a million dollars.

That’s a big chunk of change for under-resourced producers and directors. Unless you’re independently wealthy, there’s no way you’re financing your film out of pocket. Even if you are, it’s not necessarily advisable: No Film School notes that just 2 percent of film investors earn substantial returns on their investments.

Raising those odds is up to you, but first you have to convince investors to throw in. Try these five outside-the-box ideas to build buzz and investor interest for your next independent film project.

The Academy of Motion Picture Arts and Sciences defines a short film as “an original motion picture that has a running time of 40 minutes or less, including all credits”.

Short films have long been useful brand-building vehicles for aspiring filmmakers. In the age of viral video, they’re more useful than ever. Get your short in front of the right eyeballs and your star could rise faster and farther than you expect.

In Hollywood, reputation is currency. Don’t be afraid to play up the heavy-hitting production talent in your corner, even if they’re not involved in hour-to-hour decisionmaking on the set. Newer production teams like Mimran Schur Pictures (a collaboration between film producer David Mimran and former recording executive Jordan Schur) trade on high regard for their principals — and have the box office receipts to back up their big talk.

Take your ask directly to the end-users with a public crowdfunding campaign on a reputable, high-visibility platform like Indiegogo or Kickstarter. The list of successful films or series that leveraged crowdfunding for a significant fraction of their fundraising (or the entire haul) is surprisingly long and includes some familiar titles, including the CBS crime series Veronica Mars and the long-awaited sequel to the cult cop comedy Super Troopers.

Nearly two decades after its release, The Blair Witch Project remains the viral marketing gold standard for independently produced films. Though that film’s viral campaign was very much of its time and place, the incredible buzz that it was able to generate remains well within capable filmmakers’ reach. Speak with experienced filmmakers who’ve had success (however modest) with unorthodox marketing methods.

There’s no substitute for pressing the flesh. If you’ve managed to complete your indie film (or the aforementioned short) with the resources already at your disposal, it’s time to hit the festival circuit. This is a numbers game; your goal is to get your film in front of as many deep-pocketed investors (or people with the ear of said investors) as possible.

Here’s to a Successful Raise

Who said there’s no place in the arts for entrepreneurial types? The cold truth is that filmmakers with keen business instincts and hustle-first mentalities tend to do better than “pure” creatives, however brilliant they might be. Even if you don’t consider yourself an entrepreneur at heart, you probably know a business-minded person who’s willing to share production duties with you.

Here’s to getting the right people in the right director’s chairs — and sticking the landing on your film project’s fundraiser.