How I Learned Spanish One Bite at a Time 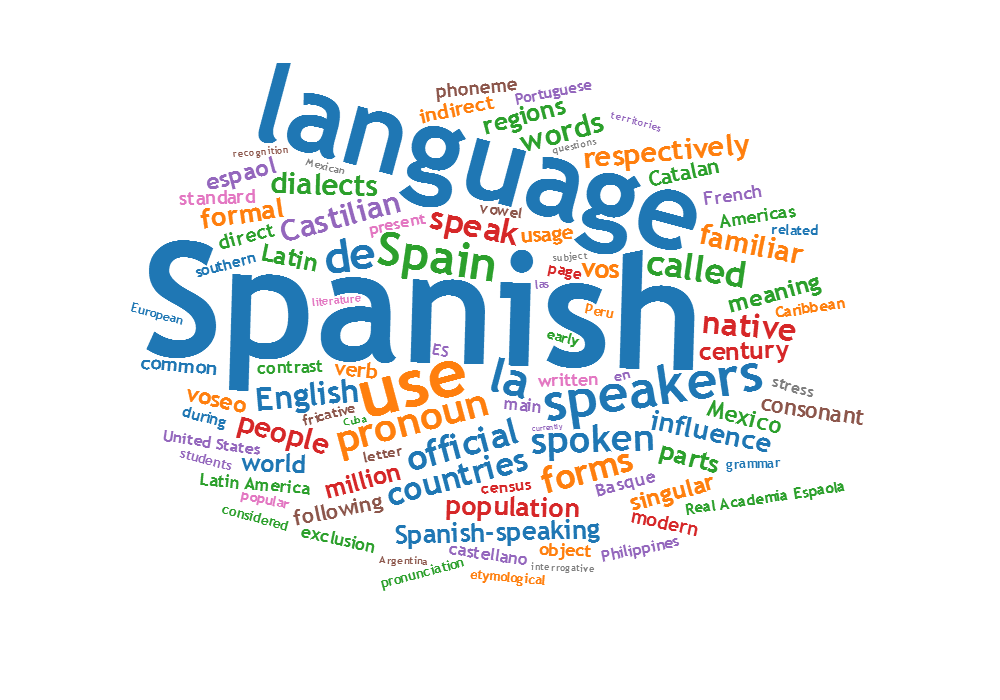 Spanish is the official language in Spain and the official or national language in over 19 countries in the Americas. Not only is Spanishone of the most useful languages you can learn, spoken by nearly half a billion people, it’s also the most popular second language to learn in the United States. Learn Spanish and you’ll have plenty of people to chat with – no matter where you go!

I’ll be honest, I enjoy a good conversation as much as the next person, but a delicious sandwich? I don’t care who I’m talking to, I want to get that sandwich in my mouth, pronto. Why did I learn Spanish? Here’s a hint – it’s something very close to my heart… actually, never mind the heart – it’s a subject close to my stomach.

Before trying the Spanish language course offered by OptiLingo, which uses a language learning method called, “Guided Immersion,” I had never considered immersing myself in a foreign language before. Food immersion? Now that was something that I could get behind! As a culinary student in Portland, a summer road trip through Spain – one of the world’s top foodie destinations – seemed apropos. I convinced my parents and brother to join.Although, they didn’t need much convincing, after all I inherited my appetite from somewhere!

No fast food drive-thru stops for us on this road trip. Our route was marked by restaurants, bars, and cafes. Tapas in Barcelona, red wine in La Rjoja, pinxtos in Bilbao, fish in San Sebastian…. I’ll jump to the happy ending – it was a gastronomical adventure. As the family’s chef-in-training, it was important for me to not only learn about the regional Spanish culinary traditions, I wanted to speak the language as well.

One of the features that attracted me to this course was its emphasis on learning about the culture along with learning the foreign language. The program has a large audio component, allowing you to listen to native speakers talk – not about finding a restroom or buying a train ticket – but carrying on a culturally-relevant conversation. I absolutely loved learning about the day-to-day lives of native Spanish speakers and discovered that because I was so interested in their dialogue, each day’s material was easier to understand and retain.

Prior to picking up OptiLingo, I could gurgle out 10-20 Spanish words. I started thecourse in March with the plan to travel to Spain in June. I studied every day, Monday through Friday, for 30 minutes. The program recommends that you take the weekends off,so you have time to absorb the previous week’s studies. I did just that, however on the weekends I tried to surround myself with as many Spanish influences I could find. Because the program’s approach is so innovative, I was inspired to look for creative ways to broaden my language learning.

Because the lesson plans don’t require an online connection, I was a study whiz kid on the bus to school; on the weekend I was a Spanish gastro-mastermind. One weekend, I learned how to prepare sangria. Another weekend, I prepared tapas for my friends.

I also made a point each weekend to research a Spanish restaurant in Spain that I was curious about visiting and looked at their menu online. I made flashcards for any words I didn’t know, and if a dish sounded particularly appetizing, I made it the following weekend.

Once on Spanish soil, I leaned on this knowledge of gleaning online menus several times a day (yes, my family and I do eat that much!). The great thing about researching a language through its food is that you get a nice reward by learning a new word (hola, churros!), and being able to use that same word, again and again, no matter the restaurant.

Incidentally, I found dining out while in Spain a fantastic way to practice my Spanish. At times when traveling with English-speaking family as I was, you can find yourself living in a tourist bubble. To improve your language skills, it’s imperative that you put yourself out there with the locals. Waiters were a great resource. I chatted up whoever had the time to converse with me. After just a few days of arriving in Spain, I noticed my Spanish language skills accelerating by leaps and bounds. My waist size, on the other hand is something I care not to brag about…

All said and done, my family and I had a tremendous time. My folks were stunned by my ability to chat with locals in Spanish – often seemingly without much effort.

I’m a food expert, not a language expert. English was my first – and only language. If you have any hesitation or fear about learning Spanish, well, let me help you work through a few of those:

Because most of modern Spanish is root edinLatin, there’s a lot of over lapin vocabulary between English and Spanish. That makes it one of the easier languages for native English speakers to learn. Heck, if you’re familiar with Arabic you’ll recognize a lot of Spanish vocabulary because a sizeable percentage is derived from Arabic as well.

English speakers don’t have to deal with gendered nouns. However, like French, Spanish nouns are either masculine or feminine. Luckily, it’s easier to figure out which gender a word should have in Spanish than it is in French. Why?Because nearlyallSpanishnounsendingin-oaremasculine. It’snotaguarantee,butifyou’reguessingit’sahelpfulshortcut!

Well, that depends. One source, the US Government’s Foreign Service Institute, estimates that it takes 600 hours in a classroom setting to achieve a general professional proficiency. (You can learn more about how long it takes to learn new languages here.) For most people that would take years to achieve! But, with the Guided Immersion system, you can learn Spanish in hours, not years!

Now that I’m back home, I haven’t retired my Spanish studies. I’ve advanced in my courses and have supplemented with Spanish language online cooking shows.Following along with the recipe and making the dish is just another layer to assist in language comprehension and memory.

Ultimately, when it comes to learning a language you have to ask yourself WHY? Why do you want to learn the language? Is it a desire to connect with your family heritage? Or maybe you’re simply ready for an adventure and have always felt drawn to a country and its language. Of perhaps you’re a foodie like me? In which case, learning a language is easy (albeit fattening, at times).

Whatever your reason, it helps to identify what motivates you. Learning a language isn’t easy – it does take work, but with the right tools, including a state-of-the-art language program and a desire to learn – you can always draw upon that fuel when the going gets rough. Or, simply take it one bite at a time like I did!