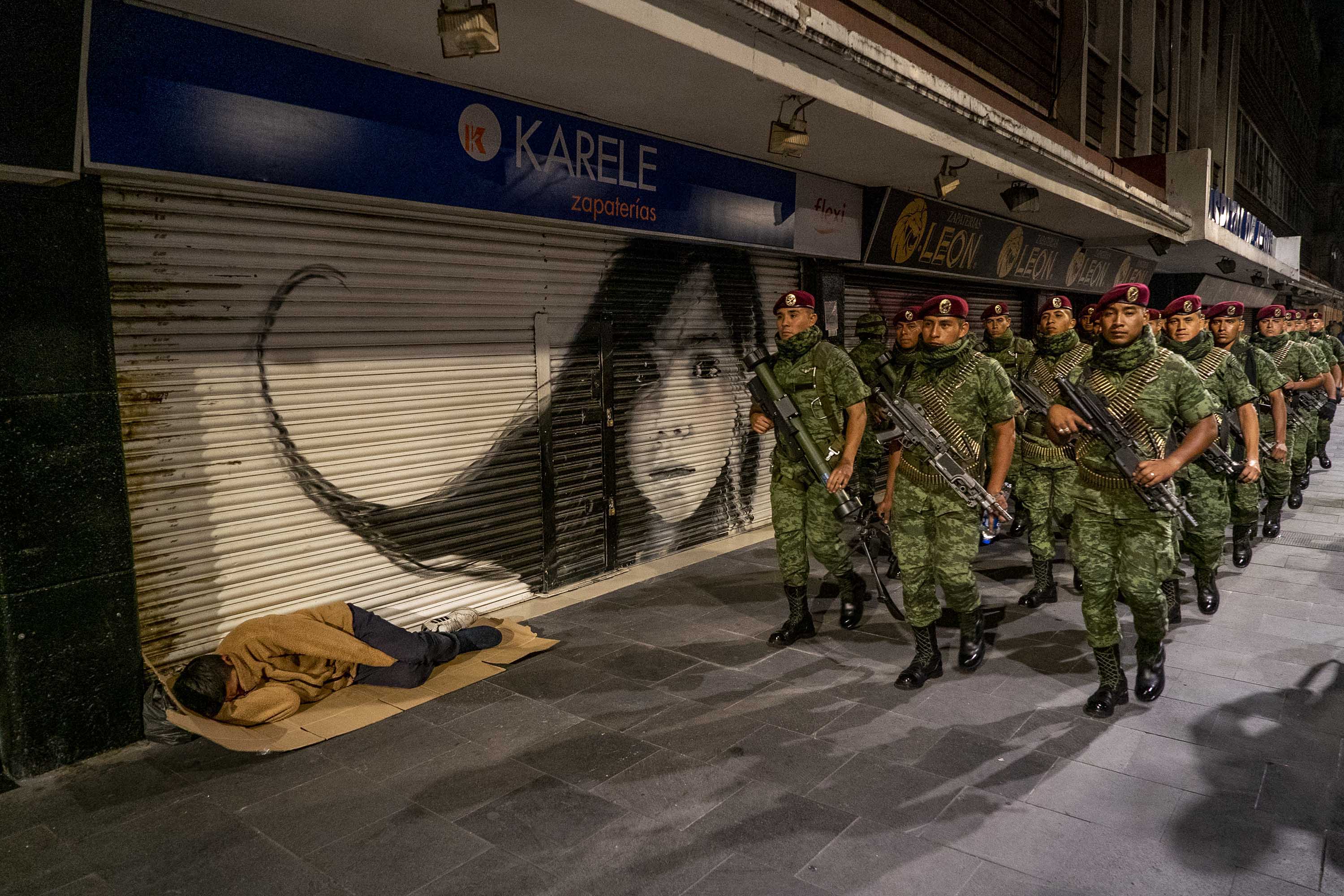 Speaking before rows of generals at a sun-drenched military installation in one of Mexico City’s toniest neighborhoods, Lopez Obrador said the retooling of the military is “indispensable” to tackle the daunting task of making Mexico safer.

The plan requires a constitutional reform that would allow the marines and army to form a National Guard to police much of the country. Mexico’s Supreme Court last month struck down a controversial law signed last year that created a similar legal framework, ruling the measure was an unconstitutional attempt to normalize the use of the armed forces in public safety.

Deep-rooted corruption and ineffectiveness among police forces has led Mexico to rely heavily for years on the military to combat drug cartels in parts of the country. But both human rights groups and military commanders have long expressed uneasiness about this open-ended policing mission.

Erika Guevara Rosas, the Americas director for Amnesty International, has called militarized security a “failed model” that has led to “serious human rights violations at the hands of the armed forces.”

Hopes for change are running high among the more than 30 million Mexicans who voted for Lopez Obrador in a sweeping July 1 election victory that also gave his party a majority in Congress. At the same time, worries are mounting among critics who see an expanding authoritarian streak.

If three or four more legislators defect to his Morena party, it would have a super-majority needed to pass constitutional reforms.

Gustavo Madero, a leading senator with the opposition National Action Party, told The Associated Press that he is very concerned that bills could quickly make their way through Congress with little input from affected parties or public debate.

“We are going to raise attention to the political costs of the democratic abuses, and that is where we are going to be able to achieve some concessions,” said Madero, whose great-uncle was a martyred Mexican president who Lopez Obrador admires and mentions almost daily.

Lopez Obrador says he will put the question of creating a National Guard to a referendum so that the people can weigh in on the decision, as they did with the question of whether to continue with construction of a $13 billion airport for the capital that was a third built.

Little more than 1 percent of registered voters participated in the airport referendum, with a majority calling to halt the project. The peso and Mexican stocks plunged in response.

Valeria Moy, director of the Mexico, Como Vamos? think tank, called such referendums “authoritarianism in disguise” because the questionnaires can be tailored to validate executive proposals.

Madero described the referendums as “simulations of direct democracy” to legitimize decisions that the executive branch has already taken.

Lopez Obrador vowed on the campaign trail to return troops to the barracks rather than to continue deploying the military in domestic matters. He has since backtracked on that promise, saying he didn’t realize how hopelessly corrupt civilian law enforcement agencies were.

Plus, the mission is critical: The national statistics institute logged 31,174 slayings in 2017, the most since comparable records began being kept in 1997, including the peak year of Mexico’s drug war in 2011. The homicide rate last year broke down to 25 per 100,000 inhabitants — near the levels of Brazil and Colombia at 27 per 100,000.

Lopez Obrador pledged Sunday to strengthen the armed forces while promoting programs to get more young people to study or work rather than succumbing to the temptation of joining criminal groups. And he praised the generals for having climbed the ranks from working-class beginnings, noting that several were sons of shopkeepers and farmers.

“The soldier, the marine, is the people in uniform,” the president said, repeating an oft-used refrain.

Lopez Obrador has steamed ahead on other priorities, such as evaluating options for the thousands of Central American migrants seeking U.S. asylum who are currently camped out in border towns such as Tijuana and Mexicali. Andrew Selee, president of the Migration Policy Institute, told The Associated Press that migration is likely to be the most pressing issue in the U.S.-Mexico relationship for some time.

Lopez Obrador signed an agreement Saturday with his counterparts from El Salvador, Guatemala and Honduras to work on a development plan to stem migration north. On Sunday, Mexican Foreign Minister Marcelo Ebrard traveled to Washington to meet with Secretary of State Mike Pompeo.

Mexico’s presidential jet will depart for San Bernardino, California, on Monday to be reconditioned for sale as part of Lopez Obrador’s austerity push.

The Boeing 787-8 Dreamliner with beds, shower and stone bathroom countertops was purchased for $368 million in November 2012, just before Enrique Pena Nieto took office as president for a six-year term that ended Saturday. The finished plane was delivered in February 2016.

Finance Minister Carlos Urzua said Sunday that Mexico will also sell 60 smaller planes and 70 helicopters now in use by the federal government.

Lopez Obrador says he will fly coach in commercial planes.

Things to be Considered while Choosing a Car Loan Company

The ugliest cruise ships at sea? You be the judge

The best- and worst-run states in America