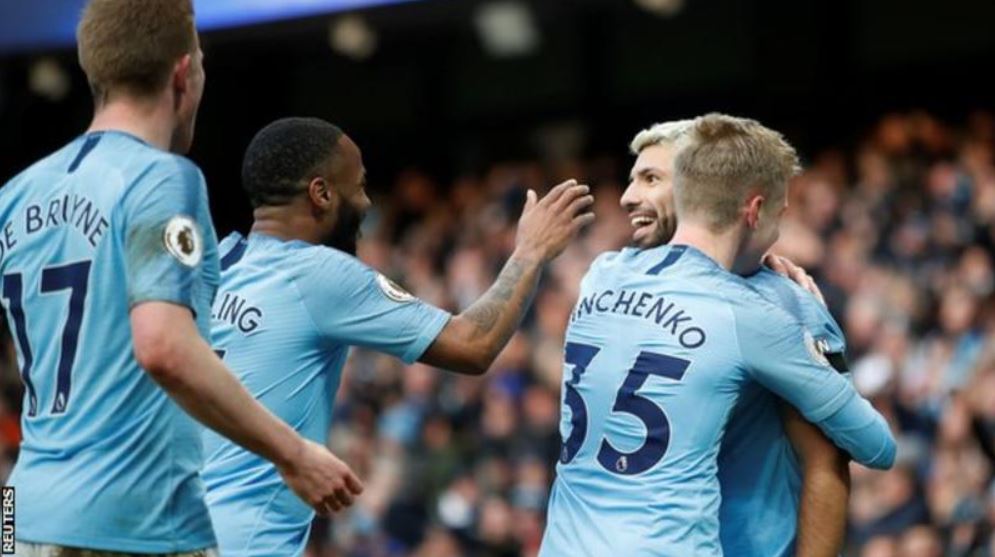 In a word, ‘shambolic’ is the only possible way to describe Chelsea’s travel sickness this year. As inexplicable as it is horrendous to watch, the advent of 2019 has seen Maurizio Sarri’s men concede – as of the eve of their trip to Malmö – thirteen away goals without reply. It is as bad as anything seen during the latter days of league action under Roberto Di Matteo, perhaps even worse than the dying throes of Jose Mourinho’s second reign as Chelsea manager.

Mercifully for Chelsea, home form is as yet unaffected, but the pressure remains relentless, and Chelsea’s 6-0 humbling at the Etihad Stadium back on 10 February represented the ultimate nadir. It was a low last emulated by a Chelsea team nearly three decades ago, and even those who are well-versed in Premier League history will struggle to remember a top-flight match where a current champion beat its immediate predecessor with such deadly venom.

With the growing belief that anything other than a top-four finish – and a Europa League triumph – will spell the end of Maurizio Sarri, just how much time does the Argentine have left? Strictly from the standpoint that the proverbial buck stops with the manager alone, several key issues spring to mind.

The attitude of the players in said defeat to the champions spoke volumes, and Sarri’s ability to effectively motivate the dressing room is now under real scrutiny. When faced with the Raheem Sterling/Sergio Aguero combination in full flow, even the most committed and well-drilled defence will do well to avoid an absolute mauling. To face that duo with an amateurish approach that affords a charitable amount of space is nothing short of suicidal.

The first display of utter ineptitude only had to wait four Mancunian minutes to manifest, with Sterling left unmarked and played onside by a Chelsea defence that had a non-existent line. Though that was the worst-possible start, the most alarming characteristic of that defeat was the sheer lack of desire to get back into the game.

Even after going a mere 1-0 down, the game was still there for the taking. However, the emphasis seemed to be much more on damage limitation rather than recovery in the immediate aftermath of the opening goal. This betrays not only a lack of self-confidence, but also a severe deficiency in mutual trust.

It is a deficiency borne out of a lack of on-field leadership, which went unaddressed by Sarri in the January transfer window.

Chelsea are currently playing stylish football when in possession, but as reflected in the sports spread betting, their chances of finishing in the top four are on the wane. Much of this is down to the fact that the pressing and off-the-ball movement demonstrated by City, Liverpool and even Tottenham is largely absent in the Chelsea setup.

To enact such a system, a strong on-field leader – or at least a dependable figure – is absolutely essential. Back in the days of John Terry as captain, Frank Lampard as lieutenant and Gary Cahill as a captain in the making, Chelsea had a trio of players to provide the sheer depth of coverage needed to be an effective off-the-ball outfit.

Ultimately, there are no excuses for a club with Chelsea’s financial resources and Sarri’s experience. With January passing by, and Sarri opting for style over steel in lieu of focusing on finding a born leader from somewhere, the naïve defensive performances will continue to arise at inopportune times.

In short, Chelsea have few equals on the ball, but there is no apparent desire to make the effort off the ball, to fight for it. For that reason, there is also the loan signing of Gonzalo Higuain to mull over as a potential mistake.

The Argentine striker is feared across Europe, but at 31 years old, his shelf life is already limited. He is all-too-used to being supported by a Juventus midfield that has no equal in Italy, and while Eden Hazard is a more-than-worthy support striker, undying rumours surrounding the Belgian’s future at Stamford Bridge may mitigate what would otherwise be a promising partnership in the short-term.

Sarri’s Days Could Be Numbered

Chelsea’s current erratic form is bad news for Sarri, but the axe is perhaps likeliest to fall in the early part of next season.

For that reason, Sarri’s conduct in the upcoming summer transfer window will be almost as important as a Europa League triumph, with ample opportunity to unload the deadwood that no longer has the legs to fight on two fronts or the basic desire to compete for a place in the starting XI.

Naming no potential departures in particular, there could be as much as £200m made available purely from the transfer of those who fall into the shameful latter category, although the actual figure will likely be lower, as the ever-growing influence of the agent plays its part. Regardless, there will be enough at Sarri’s disposal to make the wholesale changes necessary.

Only by restoring the ideal combination of grit and flair, which has seen Chelsea win the Premier League on multiple occasions, can Sarri have any hope of keeping one of European football’s most envied callings.