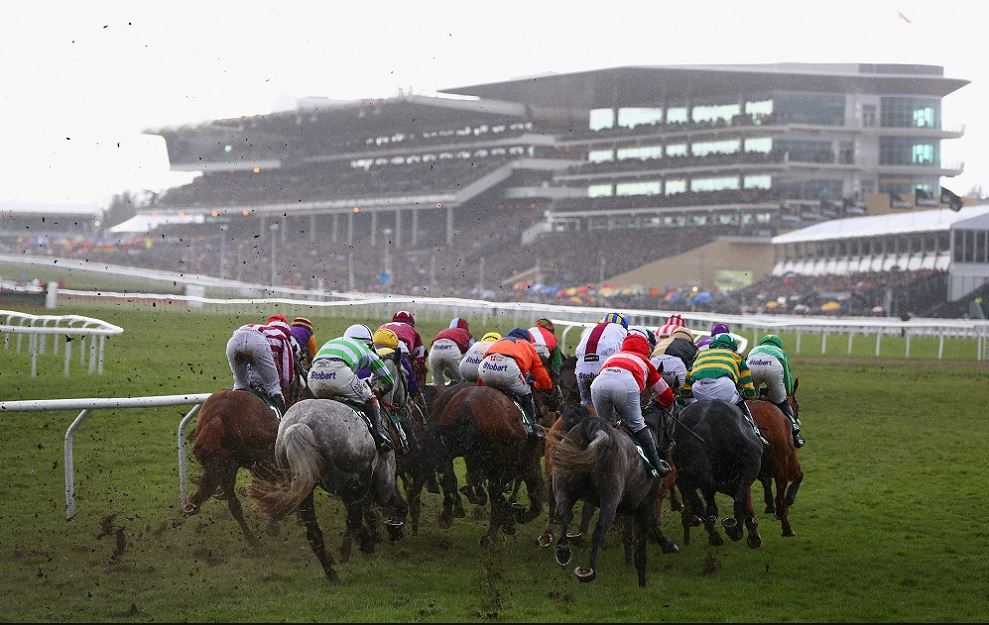 Most horse racing fans would be familiar with Royal Ascot, the Breeders Cup, Kentucky Derby, Melbourne Cup, Dubai World Cup, Japan Cup and even racing on the frozen lake in St Moritz, Switzerland.

But for a feast of all things gambling none of these gatherings hold a proverbial candle to the Cheltenham Festival a four day feast of National Hunt (jumps) racing staged in a sleepy corner of the English countryside in March every year.

Turnover in the millions

Four days of racing and 28 races, watched by 260,000 on-track racegoers will generate an estimated £500 million (c$656 million US) in betting turnover. And, unlike many countries, these bets are not exclusively fed into a tote or pari-mutuel pool system.

In fact, you can bet on race winners and other associated outcomes up to a year before proceedings get underway courtesy of ante post betting markets which can see you enjoy far bigger Cheltenham betting odds about your selections than those available on race day. Cheltenham ante post betting offers 2019 could have seen you take odds of 20/1 about Apples Jade who is now just 2/1 to win one of Cheltenham’s four ‘championship’ races, the Champion Hurdle.

Those ‘other associated outcomes’ include betting on which country, Great Britain or Ireland’, will win the most races. For the record Ireland did so for the first time in 2017 and repeated the trick in 2018. You can also bet on which jockey will be the most successful during the Festival, similarly the top trainer and top owner.

But it is not just the gambling that sets the Cheltenham Festival apart. There is a smorgasbord of contests on offer with just one ‘flat’ race and 26 others contests over hurdles and the much larger and spectacular ‘chase’ fences. For a true spectacle there is even a cross-country race whose course features banks, hedges, water jumps, hurdles and fences.

Race distances start at two miles and the longest contest is raced over four miles meaning the quickest races will take almost four minutes to complete and the longest will give spectators nearly nine minutes of entertainment.

And you can expect the Cheltenham Festival crowd to be in good spirits win, lose or draw. In 2015 the racecourse released figures which showed 265,000 pints of Guinness were drunk during that year’s Festival along with 120,000 bottles of wine and 20,000 bottles of champagne.

Some public disturbances since, mostly good hearted with incidents including a pair of female models flashing at racegoers, the track no longer boasts about the drinking habits of its attendees. They have become so socially responsible racegoers are restricted to the purchase of just four drinks when visiting the tracks numerous bars many of which are named after the courses most famous winners.

They include See You Then, a three time Champion Hurdle winner, Best Mate who won the Gold Cup three times and Big Bucks who landed the three-mile ‘Stayers Hurdle’ on four occasions.