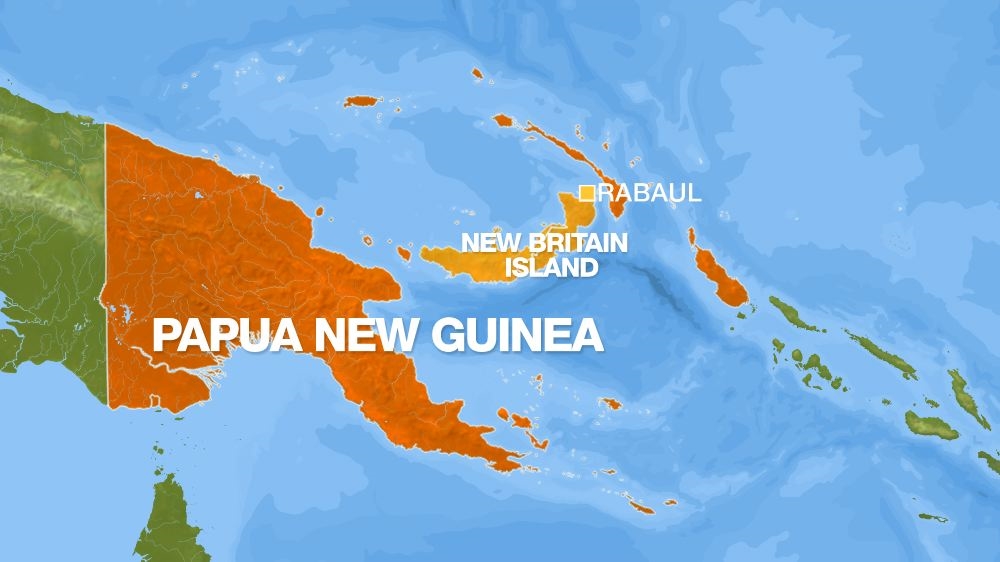 Authorities in Papua New Guinea have dispatched teams in the the Pacific island nation’s New Britain province to monitor remote communities for casualties and assess the extent of damage after a powerful, shallow earthquake rattled coastal towns.

The magnitude 7.5 offshore tremor struck around 50km east of the main city of Rabaul at a depth of around 10km just before 11pm on Tuesday (13:00 GMT), according to the United States Geological Survey.

It triggered an initial tsunami warning, though local officials said no waves were observed, nor any casualties reported yet but that they were seeking information on residents outside urban areas.

Don Tokunai, Disaster Management Office coordinator in Rabaul, said there was “no information as of yet” of any injuries or deaths.

“We are conducting the assessment starting this morning,” he told Reuters news agency by telephone. “We have asked all the district response teams to come back to us by 2 o’clock this afternoon (04:00 GMT).”

Garfield Tarabu, a spokesman at the National Disaster Centre, also told The Associated Press news agency that a disaster coordinator was on the ground assessing the situation but they had not yet gotten an update on the extent of the damage.

“[It] shook the whole place up,” he said by telephone from the police station. “At the moment we haven’t had any reports of damage … We are OK here.”

The Pacific Tsunami Warning Center said dangerous tsunami waves were possible within 1,000km of the quake’s epicentre along the coasts of Papua New Guinea and the Solomon Islands, before later saying the threat had passed.

Tokunai said shortly after the tremor that villagers on islands closer to the epicentre and on the west coast of New Ireland reported the ocean receding, but no damaging waves or casualties.

“They said they just woke up and felt the shake, but that they are still OK there,” he said.

Papua New Guinea, one of the world’s poorest countries, sits on the geologically active Pacific Ring of Fire and is still rebuilding from a magnitude 7.5 quake that hit some 900km to the west early last year that killed at least 100 people.