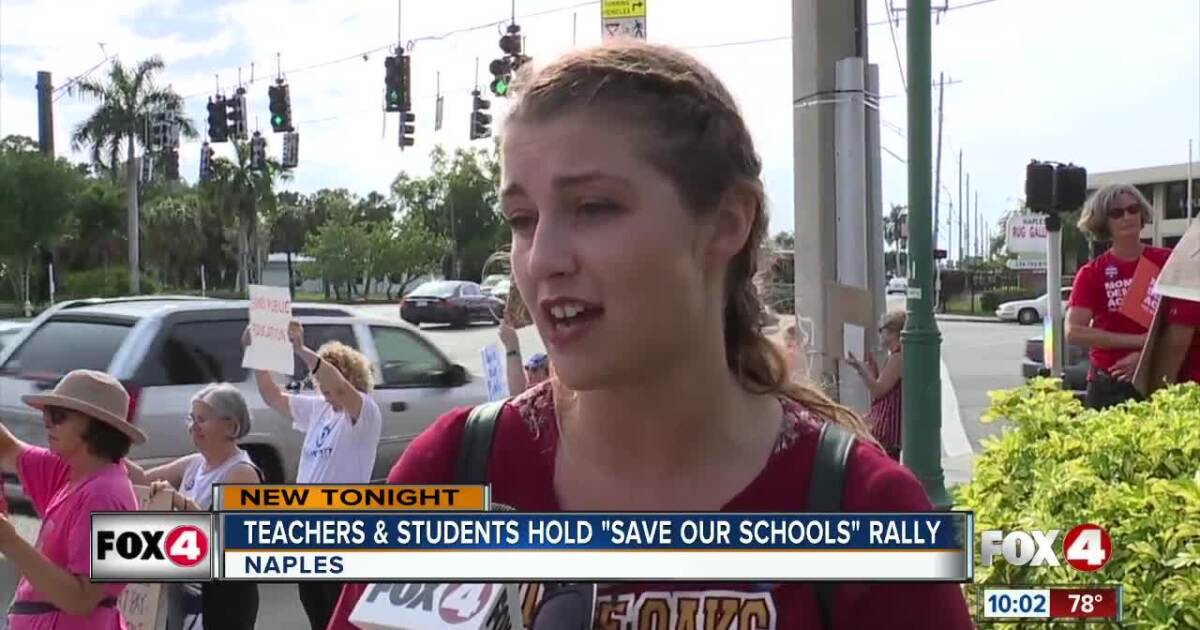 NAPLES, Fla. — The school year is coming an end, yet at the same time, teachers and students are rallying together to support public education.

Wednesday afternoon, they took part in a statewide protest.
Only Fox 4 was there as supporters of public education gathered in Naples for the march to ‘Save our Schools.’

Chants echoed through the streets outside of the Collier County courthouse where about 20 teachers, students and community members and activists held a peaceful protest on varies issues, including teacher salary.

“It’s really hard to be a put together teacher when my life is falling apart,” said teacher, Hannah Stoneman.

Stoneman is an elementary teacher in Immokalee. She said she can barely afford to pay her bills.

“During the busy season, I’ll do up to four or five part time jobs,” said Stoneman.

Another issue that was brought up was gun violence, something Michaela O’Brien, a student at Naples High School said needs to end.

“I don’t believe we need to put more guns in the classroom,” said O’Brien.

One is Senate bill 7030 which allows Florida schools to arm teachers.

The other one is SB 7070. Activists said it takes money away from public education and puts it into private schools through a voucher program.

“The voucher program, the tax credit scholarship program takes about a billion dollars away from public education,” said Bill Korson with the Coalition for Quality Public Education.

“It allows the money to go with the student out of the public school system and into a private school,” said Collier TIGER chair, Roseanne Mello.

However, some teachers and advocates said there are some positives in the bills passed, including an increase in mental health services, improving school security and expanding community schools in high need areas.