Wonderkids who could take the soccer world by storm 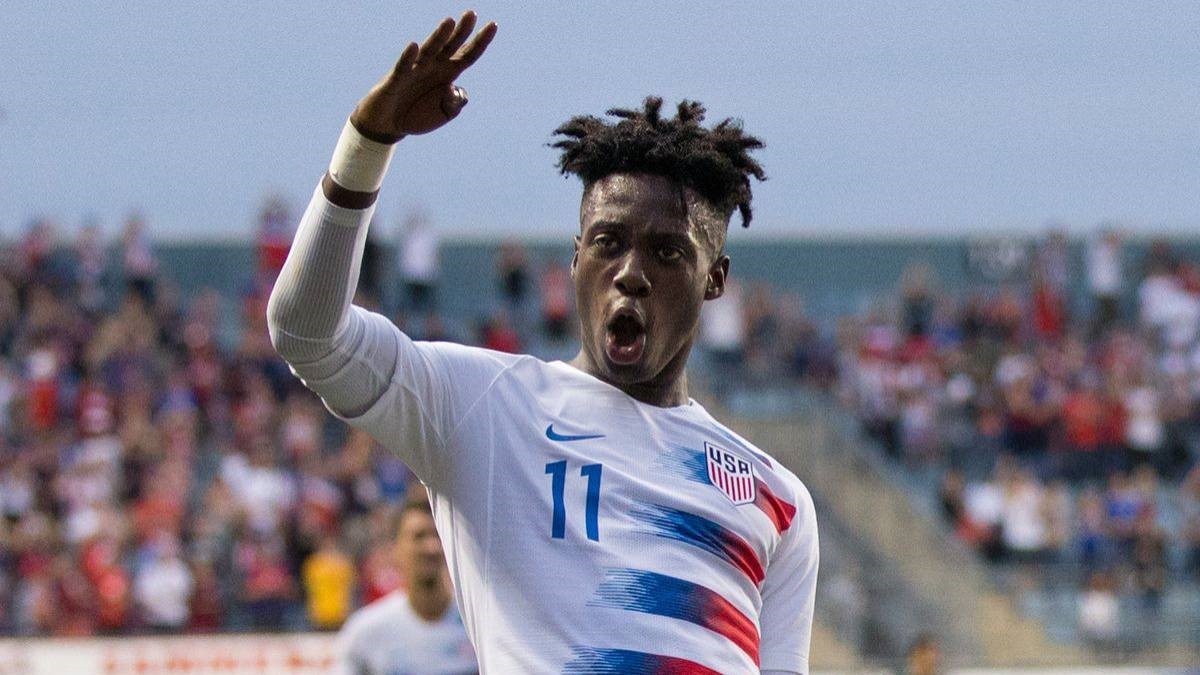 This summer saw the latest instalment of the Under-20 World Cup, as the finest young players from across the globe competed for one of the ultimate youth honours in sports.

As usual, the tournament- hosted in Poland- gave us a unique insight into the next generation of soccer superstars, many of whom could be dominating one of world’s top-five leagues in the near-term.

In this post, we’ll look at four of the best up-and-coming starlets, and ask what makes them so special in the footballing world.

The son of former AC Milan star and World Player of the Year George, Timothy Weah has been earmarked for greatness for years now.

The athletic forward, who scored two goals for the USA at the U-20 World Cup, first joined the PSG academy set-up in 2014, whilst he made his debut for the French champions at the tender age of 18.

Whilst he spent the second-half of last season on-loan at Celtic, he’s sure to make an impact in Paris sooner rather than later and if you can bet legally in your state then it’s worth checking out some sports betting offers and bonus codes on PSG to win a trophy this term because he could the French-outfit an extra edge.

This strapping, 6-foot-3 striker is the son of former Leeds midfielder Alf-Inge Haland, and whilst the forward was born in the UK he progressed through the Bryne academy as a youngster.

The powerful 18-year old also made history at the World Cup, as he top-scored with nine goals in the tournament and earned the distinction of plundering them all in a single game.

That’s right, Haland struck nine times during a stunning, 12-0 win against Honduras during the group stage, as he broke all sorts of records and showcased everything he learned under Ole Gunnar Solskjær at Molde.

He’s also been compared to Romelu Lukaku, whilst he has made an impressive 70 career starts to date.

Ecuador were the surprise packages of the tournament in Poland, as they overcome unfamiliar conditions to reach the semi-final and ultimately beat Italy in the third-place playoff.

At the heart of their success was their keeper Moises Ramirez, who kept five clean sheets during qualifying and went onto enjoy an inspired tournament.

Head coach Jorge Celio had already singled Ramirez out as potential one of the greatest players in Ecuador’s history, after the stopper went 298 minutes without conceding a goal during the U-20 South American Championships in 2019.

A true star, it surely won’t be long before he’s plying his trade in one of Europe’s top five leagues.

Last on our list is the outstanding Lee Kang-In, who starred for the Korean Republic at the recent World Cup whilst registering two goals and four assists in seven games as his side reached the final.

Whilst Lee’s side were beaten 3-1 by the Ukraine in the final, this attacking midfielder earned the consolation prize of the Golden Ball award having been voted the tournament’s best player.

Lee also continues to play for Valencia in Spain, having joined the club’s academy at the tender age of 10. He made his senior debut recently too, and is now a regular feature in the senior South Korea side.