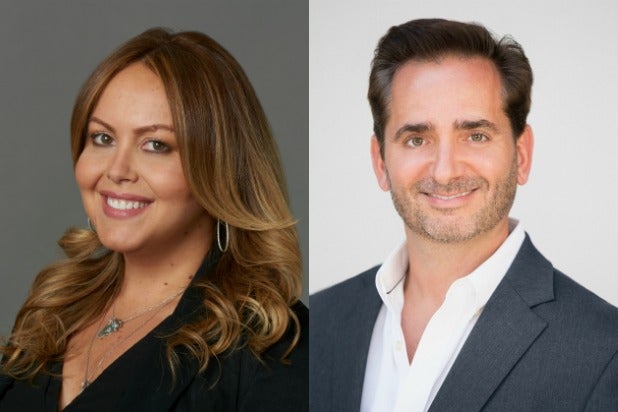 Freeform’s Naomi Bulochnikov-Paul has been promoted to head of communications at ABC Entertainment, following the exit of Jori Arancio earlier this week, the company announced Friday.

Bulochnikov-Paul will report to Shannon Ryan, president of marketing for ABC Entertainment and Disney Television Studios. In her new role, Bulochnikov-Paul will be responsible for all strategic corporate communications efforts, consumer press campaigns and awards outreach for the network, according to the company.

“Working with Tom Ascheim, Naomi was critical in helping put Freeform on the map,” Ryan said. “She is an incredible leader, a gifted strategist and truly one of the brightest and most innovative communications executives in the business. Naomi already has a great shorthand with Karey Burke, which will allow her to hit the ground running, and we’re thrilled to have her lead our talented publicity and communications team at ABC into the future.”

Ryan added: “Chris has successfully led the communications and awards strategies for 20th Century Fox Television and Fox 21, so it made perfect sense to also give him oversight of ABC Studios publicity. He and his talented team have done a great job positioning these labels as industry leaders and aligning all three under one best-in-class department will further establish Disney Television Studios as the premier home for creative talent in our business.”

“Joining ABC Entertainment and working alongside Shannon and Karey–two of the industry’s most inspiring and creative leaders–is an unmatched opportunity,” Bulochnikov-Paul said. “I look forward to collaborating with our communications team on distinctive campaigns that loudly and meaningfully spread the word about all the breakthrough content that ABC has to offer. As for my fierce Freeform family, I am so proud of what we’ve accomplished together and for what I know is still to come.”

Also Read: Why Apple TV+ Can’t Compete Against Netflix and Disney Without a ‘Friends’ or ‘Seinfeld’

Bulochnikov-Paul joins ABC Entertainment from cable sibling, Freeform, where she served as vice president, Communications, overseeing strategic communications efforts, program publicity and talent relations. She joined Freeform in 2017 on the heels of the company’s rebrand from ABC Family and quickly made an impact with her work on the first-ever Freeform Summit, which has now become an annual event. The summit garnered impressive results for the network and positioned Freeform as an industry leader in young adult programming, elevating the brand and creating scalable conversation amongst storytellers. Bulochnikov-Paul and her team also launched brand-defining shows such as “The Bold Type,” “grown-ish,” “Good Trouble” and more. She later briefly moved to Netflix as director of original series publicity before returning to Freeform. During her second tenure, Bulochnikov-Paul’s bold leadership, creative campaigns and hyper-targeted media, influencer and validator outreach helped distinguish Freeform as a cultural leader in the “new adult” space.

In her career, she has also served as vice president, media and talent relations for Crackle, Sony Pictures Television’s streaming network. In this role, she created groundbreaking press strategies that drove awareness for the network while effectively utilizing the interplay between social, influencers and media to drive reach. She orchestrated the media campaign for Crackle’s flagship series, “Jerry Seinfeld’s Comedians in Cars Getting Coffee,” resulting in an Emmy® nomination in the Variety Talk Series category – the first streaming network to ever be nominated in that category – as well as two nominations for animated series, “Supermansion.” Before joining Crackle, Bulochnikov-Paul served as director of corporate communications & program publicity for Current TV and Al Jazeera America, where she led publicity efforts for all west coast news programming. She was also head of publicity for television production company Wikked Entertainment; and director of publicity for Ish Entertainment, a production company formed under Lionsgate and senior publicist at VH1. She began her career in communications at MTV Networks.

She holds a Bachelor of Arts in communications and sociology from Hofstra University.

IBM Stock Is a Cheap Bet on a Big Turnaround

Mark Cuban on $349 billion in small-business loans: 'It is literally the best stimulus bill ever for small businesses'