When the House votes Wednesday to send two articles of impeachment to the Senate, the rules of the upper chamber will suddenly change. All the procedural hallmarks normally associated with the Senate — filibusters, cloture votes, and so on — will disappear. A new and incredibly arcane process will control the impeachment trial of President Donald Trump.

It’s a confusing process, and some rules won’t be determined until the Senate votes on procedure in the coming days. Here’s what we know about how it will go down.

Chief Justice John Roberts will oversee the trial, dictated by both long-standing Senate procedure and specific parameters for the Trump proceedings that will be set by Majority Leader Mitch McConnell (R-Ky.) and then approved by the Senate. That framework ― and the extent to which Roberts forces the body to adhere to certain rules ― will go a long way to determining how much the American public learns about Trump’s efforts to withhold military aid to Ukraine in exchange for damaging information on his political rival, Joe Biden.

How It Will Start

The Senate will send a summons to Chief Justice John Roberts to act as the presiding officer during the trial. Trump will also receive a summons, although he can, and will, send lawyers to represent him and argue against his impeachment.

The rules for the impeachment trial are written in a section of the Standing Rules of the Senate, which dictate all of the chamber’s proceedings. These rules were first written for the 1868 impeachment trial of President Andrew Johnson and then amended over the years during various judicial impeachments.

During the impeachment trial, almost every motion will only require a plain majority vote to pass ― a lower threshhold than the 60 needed to overcome a potential filibuster during many other Senate proceedings. The only time that a different vote total may be required is if Roberts rules that a motion would change the standing impeachment rules, which would trigger the need for a 67-vote supermajority. 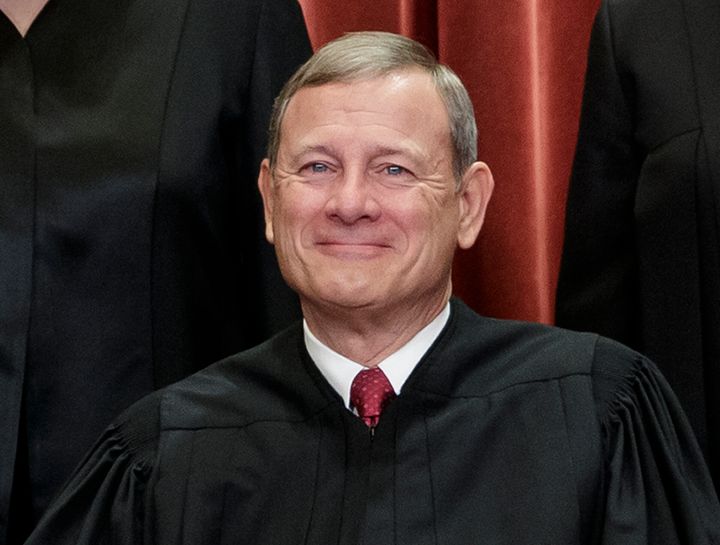 Under the Senate rules, the impeachment trial will commence at noon every Monday through Saturday until completion, unless the Senate votes to adjourn and set a make-up date. Roberts will be sworn in by the president pro tempore of the Senate ― in this case Sen. Chuck Grassley (R-Iowa). Roberts will then give each senator the oath they must take to act as an impartial juror in the trial.

At the end of the trial, the newly sworn-in jurors will vote to convict or acquit Trump on the impeachment charges. Conviction and removal from office requires a 67 vote supermajority.

We still don’t know how the trial will be structured — while Senate procedure dictates the broad guardrails around an impeachment trial, McConnell still has discretion to pass an organizing resolution that would set the timing and order of votes for the impeachment without changing any rules if he can muster a simple majority to do so.

McConnell has called for the Senate to adopt a resolution copying the rules used for the impeachment of President Bill Clinton, the last president to go on trial for impeachment. Democrats generally oppose these rules as they put a vote on calling witnesses after arguments from the House managers and the president’s lawyers. They want subpoenas for new witnesses to be included in the organizing resolution, something that McConnell will not agree to. The adoption of McConnell’s desired resolution would only require 51 votes, which he says he has.

The rules used for the Clinton impeachment, and that McConnell wants to adopt, would first allow the president’s lawyers to make any motions except for a motion to call witnesses.

House impeachment managers would then present their case for impeachment to the Senate for no more than 24 hours. The Clinton impeachment rules would limit this presentation to the existing record, meaning it could only reference evidence and testimony submitted to or taken by the House’s impeachment inquiry in the House Intelligence Committee and House Judiciary Committee.

After the House managers make their presentation, the president’s lawyers will be allowed to make theirs, also not to exceed 24 hours. After the president’s rebuttal, senators are provided with up to 16 hours to question both sides. Senators may only submit questions in writing through the chief justice. 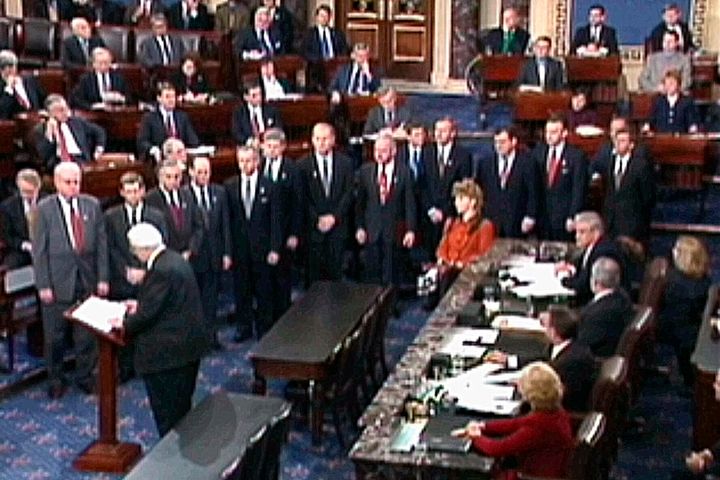 ASSOCIATED PRESS In January 1999, then-House Judiciary Committee Chairman Rep. Henry Hyde, R-Ill., reads the articles of impeachment against President Bill Clinton to the Senate as the other House managers who will conduct the impeachment trial watch in Washington.

Will We Hear From Witnesses?

Then comes the most hotly contested part of the impeachment: the witnesses. House Speaker Nancy Pelosi (D-Calif.) withheld delivering the articles of impeachment to the Senate for nearly one month to try and pressure McConnell to adopt rules requiring the calling of new witnesses.

Next, the Clinton impeachment rules call for debate on both a motion to dismiss the articles of impeachment, and on any motions offered by the House managers and the president’s lawyers to subpoena new witnesses or to enter in new evidence not previously in the record. This debate would be evenly divided between the managers and the president’s lawyers, not to exceed six hours.

During the Clinton impeachment, there wasn’t a dramatic need for new witnesses. All the relevant witnesses had testified, many multiple times, before the grand jury that recommended the House impeach the president, and whose report made up the existing record presented to the Senate. Throughout the process, Clinton did not block any witnesses from testifying. He even testified himself and provided blood for a DNA test.

But in the matter of Trump’s efforts to withhold military aid from Ukraine in order to get the country to open investigations into his political rivals, there are many witnesses we have not heard from ― they didn’t testify before the House nor any judicial proceeding about the scandal. These witnesses include former National Security Adviser John Bolton, who reportedly objected to the withholding of military aid from Ukraine and referred to Rudy Giuliani, the president’s lawyer, as engaged in a metaphorical “drug deal” in his efforts to fabricate dirt on the Bidens. Bolton has said he would appear if the Senate called him.

Senate Minority Leader Chuck Schumer (D-N.Y.) has already told McConnell that he would like to hear from acting White House chief of staff Mick Mulvaney, senior adviser to the acting White House chief of staff Robert Blair, Office of Management and Budget official Michael Duffey and Bolton. These four witnesses all have “direct knowledge” of Trump’s withholding of military aid to Ukraine, according to Schumer. Mulvaney, Blair and Duffey all refused to comply with subpoenas issued by the House’s impeachment inquiry to testify. 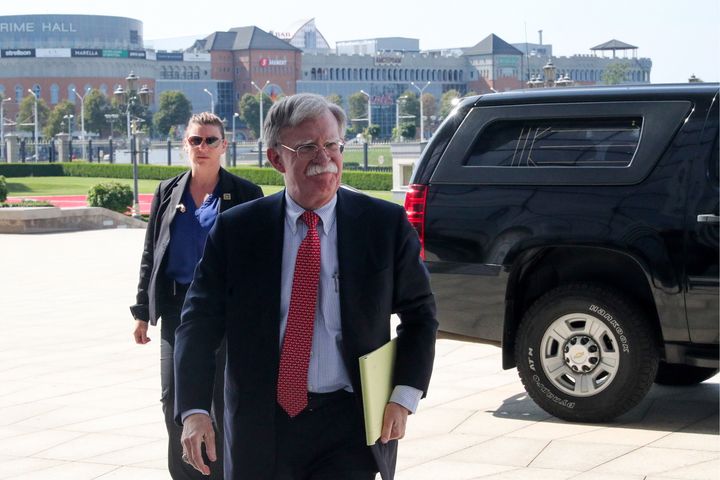 Nikolai Petrov via Getty Images Former National Security Adviser John Bolton has said he would testify if subpoenaed by the Senate in the impeachment trial of President Trump.

Trump and his Republican allies do not want any more testimony in this case. The only Republican who appears open to calling new witnesses remains Sen. Mitt Romney (R-Utah). Sen. Susan Collins (R-Maine) claimed that she is organizing an effort to adopt rules that would allow for the calling of new witnesses, however, that could simply be the adoption of the Clinton impeachment rules structure. Some Republicans would like to call Hunter Biden or the whistleblower as witnesses if any other witnesses are summoned.

Once the debate ends on these motions, the Senate will vote on whether to dismiss them, which is unlikely. If the articles are not dismissed, it will then immediately consider the motions to subpoena witnesses or admit new evidence.

If the Senate decides to subpoena new witnesses, lawmakers would have to determine how to take their testimony. During the Clinton impeachment, the three witnesses were questioned in private and on camera. Their videotaped interrogations were later presented by the House managers to the Senate. The Senate could theoretically host witnesses in the Senate Chamber. Were any sitting senators to be called as witnesses, they would be required to testify from their Senate desk.

Throughout this process senators may move to question a ruling made by the chief justice. The Senate will shut its doors and debate in private when this happens. During these debates, senators are provided ten minutes each to make their arguments or, during debate on the final question of conviction, 15 minutes each. The Senate may overturn any ruling made by the chief justice with a simple majority. Senators may be able to publicly release their remarks during the final closed door debate on conviction, but otherwise these debates are not recorded in the Congressional Record.

After the Senate hears arguments on the new witness testimony from the managers and the president’s lawyers, or if no witnesses are called, it will then move to vote to convict or acquit the president. Each senator will stand at their desk and announce their vote. That’s when the country finds out if Donald Trump will remain president.

Justin Trudeau ‘wowed’ by Welsh slate from pupils to leaders