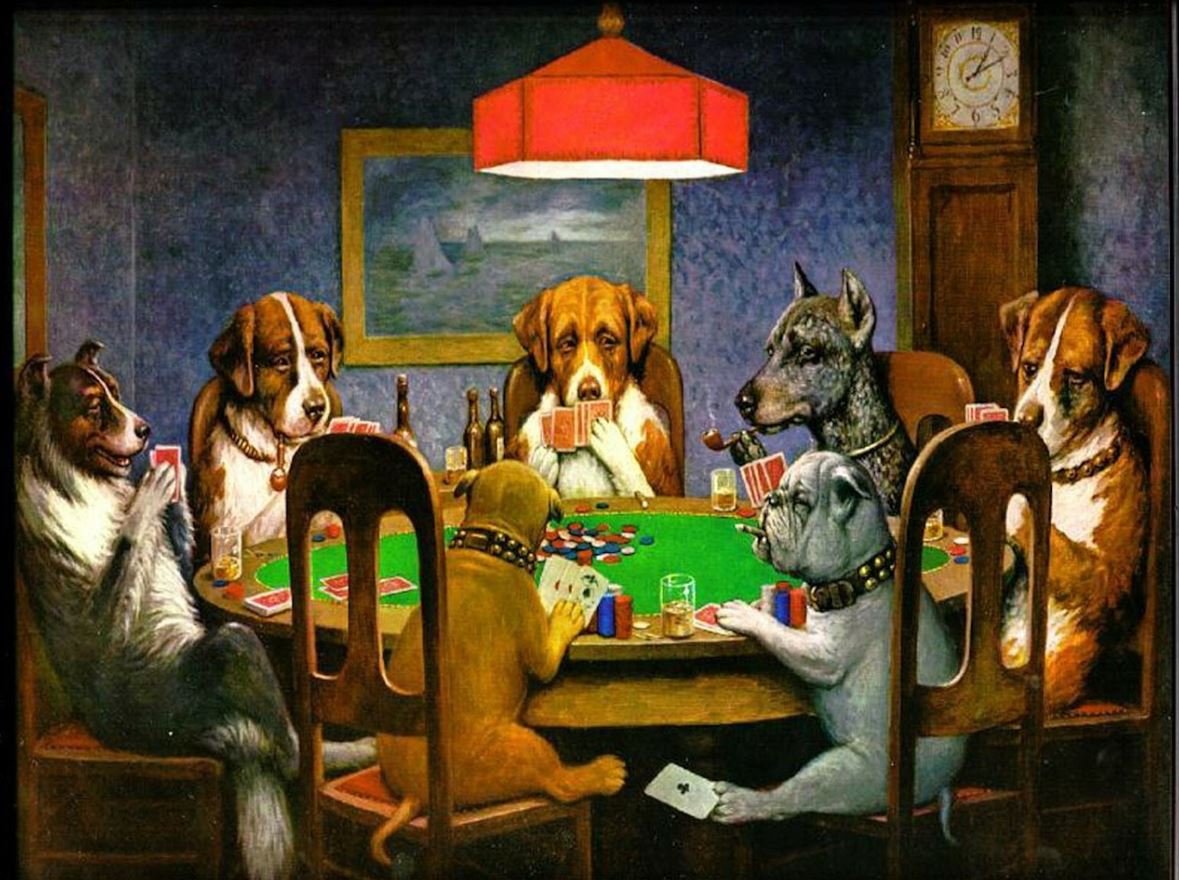 It is hard to imagine the modern world as it is now without the technological advancements that have occurred over the years. When we talk about technology, many people view it from the perspective of computers, the internet, and IT in general. However, we forget about the changes brought by the invention of television.

At the very beginning, TVs were just large boxes that only delivered grainy black and white content. During this period, it was more of a luxurious item that only wealthy people could afford.

The same can’t be said of today. We watch engaging and exciting content in high resolution on our big flat-screens, and almost every household owns a TV or two.

By a large percentage, we are all thankful for the entertainment brought by the TV evolution. What is more, some businesses and even industries can credit their rise to the growth of television.

The gambling industry is one of the business sectors that benefited from television advancements a lot. Poker, in particular, was and remains a game that TV made even more popular all over the country. This article will take you down the history to show how TV changed poker forever.

Where It All Began

Poker made its appearance on TV back in the 1970s. The first American TV station to air a poker game was CBS.

It was when the channel broadcasted the highlights of the World Series of Poker (WSOP) event. The response the piece got on TV was phenomenal. Many of the poker fans were glued to the screens for an hour, as they followed the unfolding events.

As the game was aired for the first time, there were some obvious challenges. The pictures were not of high quality, given the level of TV advancement during that time.

The analysis was not of great quality, as well. However, the production team still managed to pull it for an hour.

Perhaps one of the main challenges television faced with the airing poker games was that the viewers weren’t able to see the cards that the players were holding. During these early years, the commentators were forced to guess the cards of the gamblers. Such a method took the steam off because the broadcast appeared to be more of a documentary as opposed to a live TV show.

The Emergence of Hole Cams for Poker Shows

Thus, TV producers could not rest until they found a solution to the problem of the audience not seeing the cards. According to The New York Post, the breakthrough was finally achieved in 1997 with the introduction of the hole cams.

This technology allowed the viewers to see the cards of the players during the game. Hole cams eventually led to the birth of the poker shows we know nowadays.

However, this tech worked with a thirty-minute delay on the events airing. It was a precaution meant to ensure the poker players could not get an undue advantage over their opponents. In short, the delay was made to avoid cheating during the game.

The hole cams have positively impacted modern-day poker and changed the way the game was shown on the screens. The analysis of the game made for beginners in poker has greatly improved, as well.

Most modern-day poker players can agree that they learned a thing or two from watching poker champions playing on TV. Similarly, the tournament players benefited from a celebrity status achieved thanks to their playing styles.

Another TV event that has changed poker perception for good was the World Poker Tour. This show was aired in 2003 for the first time.

The selection of tournaments became an instant success, as it featured the angles filmed by WPT hole cams, as well as interactive graphics. This combination provided the auditory with the pleasant, thrilling feeling one gets when watching any live game on television.

The success the World Poker Tour achieved propelled ESPN to feature both the graphic displays and hole cams in their World Series of Poker, including the event’s finals. Moreover, the production team improved the functionality of each feature.

This TV advancement worked out well for them, as the tournament was a huge success among viewers. It was also because, in the same year, Chris Moneymaker won the tournament in the unbelievable way that the commentator described as a “bluff of the century” according to Marina Turea.

The winning by amateur Chris Moneymaker increased the publicity of live poker shows. It also created a growing interest in the game among the young generation.

The Moneymaker effect, as it would soon come to be known, also had a huge impact on the growth of online poker. Moreover, this TV show increased the popularity of the game in many other countries across the globe.

According to Gambling News Magazine, another television event that has changed the poker for good is the No-Limit Texas Hold ‘em. It was a high stake poker tournament with a huge fan base. Viewers love this type of game because of the high amounts of money involved and no-limit betting forms.

These two aspects made Texas Hold ‘em even more thrilling and captivating for spectators. The players had to keep changing their strategies to increase the chances of winning.

Such tension during the game made it fun to watch. It has also led to many new people loving to play poker.

Impact of TV on Online Poker

According to The Washington Post, online gambling is one of the areas that has highly benefited from the presence of poker on television. The variety of tournaments and shows aired on the TV attracted a lot of new customers to both land-based casinos and online poker services.

By watching pros play on television, amateurs could learn different tips and tricks and develop their own skills. Once they got a hold of the strategies utilized, people wanted to try their hands on real games.

The availability of high-speed internet across the country made online poker an affordable and convenient opportunity for gamblers to have fun compared to traveling to a casino located somewhere. Although not all the states have legalized online poker yet, similar laws for the regulations on the remaining territories are under discussion. As for now, you can gamble online legally in Nevada, Delaware, and New Jersey.

According to The Wall Street Journal, TV is already used as a profitable advertising platform for sports betting companies, as this type of gambling is allowed in thirteen states as compared to online poker. However, taking into consideration the availability of poker tournaments to watch, they act as the best game advertisements themselves.

Gone are the days when you had to visit a casino or schedule your day to be able to watch some poker shows aired at a specific time. Nowadays, you can watch high quality episodes online whenever you want.

Thanks to TV, poker is no longer a game of the selected few. There were many positive game-related changes since poker made its debut on television. As for now, we can wait and see how television and online services will change poker even further.