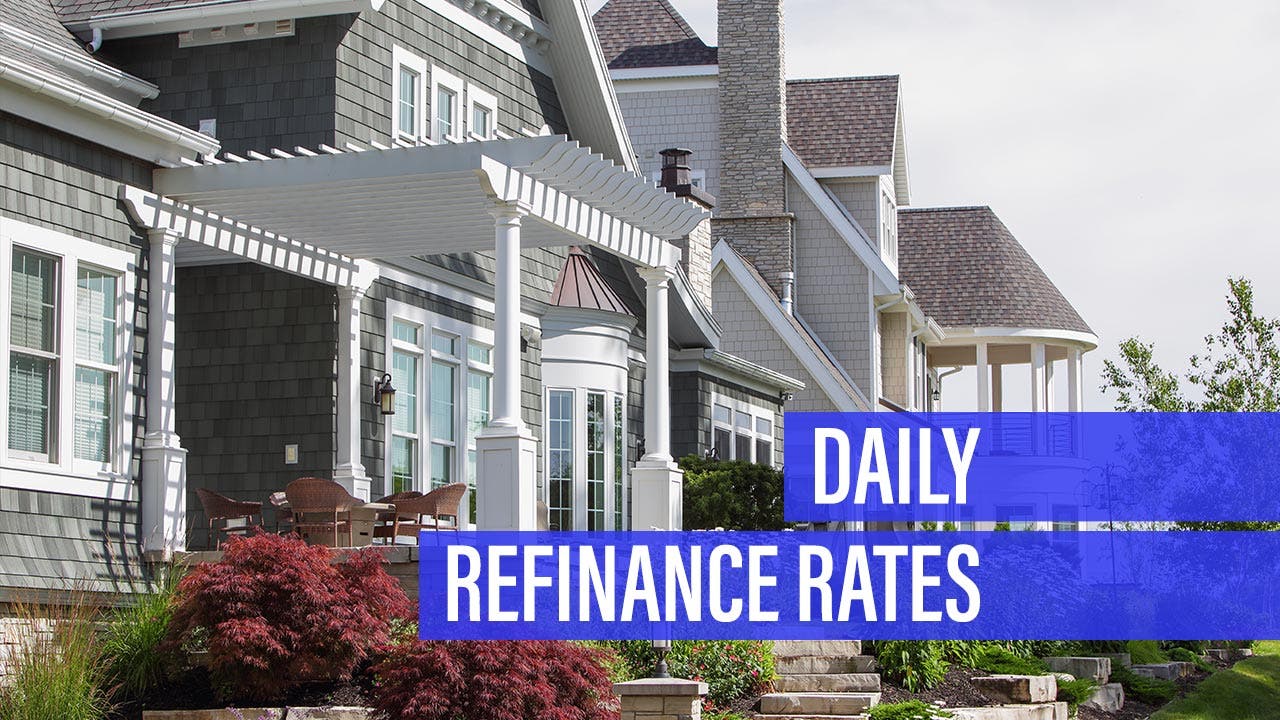 Mortgage refinance rates were mixed, but one key rate declined.

Refinancing rates are in a constant state of flux, but they remain much lower overall than they were before the Great Recession. If you’re in the market to refinance, it could be a great time to lock in a rate.

The average 30-year fixed-refinance rate is 3.61 percent, down 7 basis points over the last seven days. A month ago, the average rate on a 30-year fixed refinance was higher, at 3.88 percent.

You can use Bankrate’s mortgage calculator to get a handle on what your monthly payments would be and find out how much you’ll save by adding extra payments. It will also help you calculate how much interest you’ll pay over the life of the loan.

The average for a 15-year refi is currently running at 3.25 percent, up 7 basis points over the last week.

Monthly payments on a 15-year fixed refinance at that rate will cost around $699 per $100,000 borrowed. That’s obviously much higher than the monthly payment would be on a 30-year mortgage at that rate, but it comes with some big advantages: You’ll save thousands of dollars over the life of the loan in total interest paid and build equity much faster.

The average rate for a 10-year fixed-refinance loan is 3.35 percent, unchanged over the last seven days.

Monthly payments on a 10-year fixed-rate refi at 3.35 percent would cost $981.85 per month for every $100,000 you borrow. That whopper of a monthly payment comes with the benefit of paying even less interest over the life of the loan than you would with a 15-year term.

Where rates are headed

To see where Bankrate’s panel of experts expect rates to go from here, check out our Rate Trend Index.

Want to see where rates are right now? Lenders nationwide respond to Bankrateâ€™s weekday mortgage rates survey to bring you the most current rates available. Here you can see the latest marketplace average rates for a wide variety of purchase loans:

Want to see where rates are right now? See refinance rates for a variety of loan options here.

Methodology: The rates you see above are Bankrate.com Site Averages. These calculations are run after the close of the previous business day and include rates and/or yields we have collected that day for a specific banking product. Bankrate.com site averages tend to be volatile — they help consumers see the movement of rates day to day. The institutions included in the “Bankrate.com Site Average” tables will be different from one day to the next, depending on which institutions’ rates we gather on a particular day for presentation on the site.

In economic terms Covid-19 might as well be Ebola – but the UK has a chance to rise to the challenge – Telegraph.co.uk

Charlotte rental and mortgage assistance program runs out of money with 1,800 waiting for help – WCNC.com