A U.S. economy already wounded by the coronavirus bled 2.4 million more jobs last week, continuing a streak of bad news since mid-March. Millions of American workers have found themselves suddenly unemployed — an unfamiliar position for most after nearly a decade of record-low unemployment — and facing an uncertain future.

Department of Labor data released Thursday showed 2.4 million people filed unemployment claims for the week ending May 16, a decline of 9.3% from the previous week. Those figures included 246,115 in California, where claims rose 15.7% week over week, ending a string of declines in new job losses. Across the U.S., 38.6 million have sought unemployment benefits since the virus struck, including 4.4 million in California.

While some businesses in the Bay Area and elsewhere have begun to cautiously reopen, economists said the problem of joblessness may start feeding on itself. With so many out of work, demand may not bounce back even as some businesses, allowed to reopen after shelter-in-place orders ease, rehire workers.

“It’s hard to expect you’ll see huge swings” in consumer demand — and hence the need for workers — because of moves to allow curbside pickup, said John Johnson, the CEO of Edgeworth Economics.

He pointed to states like Georgia and Florida, which have accelerated reopening plans. Unemployment claims in Florida remained stubbornly high in the newest report, while Georgia saw a significant drop.

“I feel pretty confident this will be as deep as the Great Depression,” said Heidi Shierholz, a senior economist with the nonprofit Economic Policy Institute, of the ongoing damage to the U.S. economy.

“The real question is how long will this last,” added Shierholz, who was previously the Department of Labor’s chief economist under the Obama administration. 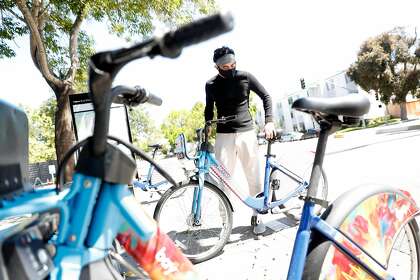 That question may hinge on if and when a coronavirus vaccine or effective COVID-19 treatment can be found, Johnson said.

Unlike other severe historical economic contractions, “this is a public health crisis that has caused an economic crisis,” Johnson said. He noted that even “If we get a vaccine that solves this problem quickly … that doesn’t mean the damage will be undone.”

During normal recessions, the U.S. economic engine shifts into a lower gear. Not, it seems to have stalled.

“Dynamism comes to a stop” when businesses rapidly lay off workers or shut down completely, Shierholz said. “On average for the year before COVID-19 hit, the economy added 5.9 million hires every month,” she added. “There is an enormous amount of lost potential here.”

Some workers, like Jalinn Ahmad of San Francisco, have been lucky enough to find a new job after being laid off.

Ahmad received a severance package after he lost his job at San Francisco real estate technology company Unison in an April layoff.

“I just spent the next few days digesting it all,” Ahmad said of his reaction to being laid off over a Slack call. “I didn’t know what to do.” He said he signed up to receive unemployment benefits and began applying for jobs, although he felt increasing dread with each rejection email.

A native of Virginia, Ahmad said he had begun contemplating moving back with his family there if he could not find another job. But then in May, First Republic Bank offered him a position working in its real estate division, making roughly the same salary he had at Unison. 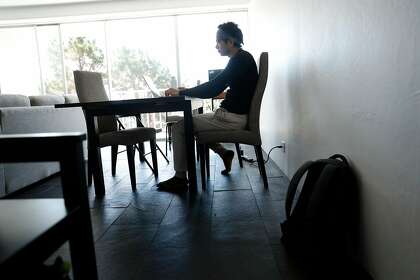 “Another role I interviewed for was offering a lot less,“ Ahmad said, adding he was ready to take significantly lower pay just to stay afloat before the First Republic offer came through. “I didn’t really see any other solution, I have to pay rent for next month.”

Ahmad’s fortune may be rare, said Johnson, the economist.

He said the recovery from the Great Recession of 2008 was already marked by rising income inequality with stagnating wages that saw many Americans employed but barely making ends meet.

The current economic recovery could deepen those divides, Johnson said, as people take any work they can to stay afloat: “You can have a job recovery and still have real economic damage.”