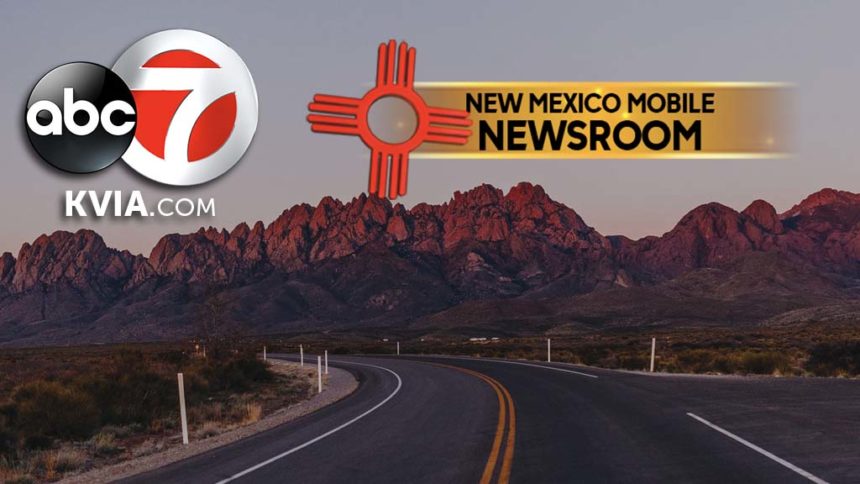 ALBUQUERQUE, N.M. (AP) — Virgin Galactic’s spaceship has landed in the New Mexico desert after its first glide flight from Spaceport America. The company announced Friday’s flight on social media, sharing photos of the spaceship on the runaway. Officials said stringent operational protocols were in place during the flight to ensure safety amid the coronavirus outbreak. The protocols included the use of masks, changes to the work areas and procedures to enforce social distancing. Virgin Galactic is working toward commercial operations that will take passengers on supersonic thrill rides to the lower reaches of space to experience a few minutes of weightlessness and a view of the Earth below.

SANTA FE, N.M. (AP) — The governor of New Mexico invoked the state’s Riot Control Act as she sealed off roads to nonessential traffic in Gallup to help control a surging coronavirus outbreak in the former trading post on the outskirts of the Navajo Nation. Gov. Michelle Lujan Grisham on Friday also announced a ban on nonessential outings and required businesses to close from 5 p.m. to 8 a.m. in the city of about 70,000 people along Interstate 40. Infection rates in Gallup and surrounding McKinley County make it one of the worst U.S. hotspots for the pandemic as patients overwhelm intensive care facilities. Lujan Grisham said physical distancing is not being maintained.

ALBUQUERQUE, N.M. (AP) — Environmentalists are questioning spending by wildlife managers who oversee a conservation effort for the lesser prairie chicken after money was used on a building and salaries rather than on projects to help the bird. Once listed as a threatened species, the chicken’s habitat spans parts of five states — including a portion of the oil-rich Permian Basin. The Center for Biological Diversity has been pushing for federal protections for the species and pointed to an audit of the Western Association of Fish and Wildlife Agencies that was recently made public. The association says it’s taking steps to improve oversight and management of the conservation program.

SANTA FE, N.M. (AP) — A special prosecutor has been appointed to lead a case involving a New Mexico sheriff accused of showing up drunk to a SWAT standoff. The Santa Fe New Mexican reports the New Mexico Attorney General’s Office named the district attorney in the 9th Judicial District in Clovis as a special prosecutor in charge of the case against Rio Arriba County Sheriff James Lujan. Police say officers reported Lujan smelled of alcohol and ignored commands to leave the “kill zone” in front of the barricaded house in March.

ALBUQUERQUE, N.M. (AP) — Federal land managers plan to hold a series of virtual meetings on a contested plan that will guide oil and gas development near Chaco Culture National Historical Park for at least the next decade. The first meeting will be May 14. Four others will follow. Environmentalists, some Native American tribes and other critics have been asking the Bureau of Land Management to extend the public comment period on the resource management plan. They say federal officials should wait until the coronavirus outbreak subsides. Despite existing protections within its boundaries, the World Heritage site has been at the center of a decades-long fight over drilling in northwestern New Mexico.

PHOENIX (AP) — The only Native American on federal death row has lost a bid to look into potential racial bias in his case. The 9th U.S. Circuit Court of Appeals had put Lezmond Mitchell’s execution on hold while he sought review of a lower court decision. The appeals court ruled Thursday that Mitchell had no grounds to interview jurors for potential bias against Native Americans. The judges pointed out several safeguards that were in place. Mitchell was convicted in the 2001 murder of a fellow Navajo tribal member and her 9-year-old granddaughter. He was sentenced to death on a charge of carjacking resulting in death.

RIO RANCHO, N.M. (AP) — The New Mexico Supreme Court has ordered the mayor of the small city of Grants to comply with a health order and stop nonessential businesses from reopening. The high court issued its ruling Thursday after Attorney General Hector Balderas filed a petition seeking an order following Grants Mayor Martin “Modey” Hicks move to let his city’s businesses to open despite rising New Mexico COVID-19 cases. Hicks said he would allow stores and the city’s golf course in the small western New Mexico town of 9,000 residents to reopen. That came despite warnings from Gov. Michelle Lujan Grisham that state police would issue citations to businesses that don’t comply.

ALBUQUERQUE, N.M. (AP) — Security and the availability of space at the U.S. government’s only underground nuclear waste repository are among the hurdles identified by experts tasked with studying the viability of a plan to dispose of weapons-grade plutonium. The National Academies of Sciences, Engineering, and Medicine released its final report Thursday on the decades-long $18 billion plan to dilute and dispose of the waste at the remote site in southern New Mexico. The report expands on preliminary findings first released in 2018. The experts found that the plan is technically viable and offered suggestions on how limit potential risks that would come from dealing with the plutonium waste.

Offshore Oil Stocks Are Sinking. Here’s What to Buy. – Barron’s

Stock investors are hunting for positives, but many on Wall Street see a move back to the lows – CNBC