Can I Put CBD Oil in My Coffee? 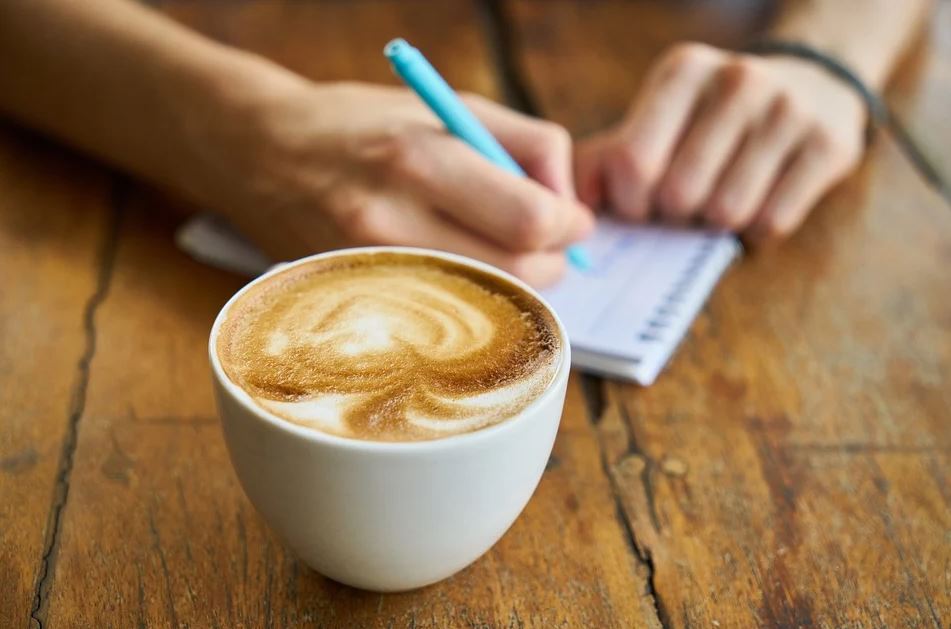 Coffee is a common pick-me-up in the U.K, with millions drinking at least 2 cups a day. But how many of these people are drinking coffee for its health properties?

Caffeine works in the central nervous system where it increases energy and focus – however, for individuals that have anxiety disorders, the side effects can also include nervousness, a spike in blood pressure, and anxiety episodes.

Drinking too much caffeine can cause headaches, dizziness, energy fluctuations, and mood swings. So, is there a way to get the benefits of caffeine while also counteracting some of its side effects? CBD oil could be the answer.

What is CBD Oil?

Cannabidiol (CBD) is a plant extract and one of two main compounds in Cannabis Sativa. CBD is known to have medicinal value, most notably its anti-inflammatory and pain-reliving properties. Cannabidiol, along with a hundred other phytocannabinoids found in hemp plants, are very similar in structure to cannabinoids produced in the human body, and it is believed that CBD’s therapeutic value comes from its ability to interact with the Endocannabinoid System (ECS) and the central nervous system.

CBD Oil and Its Benefits

CBD oil is used as a supplement and alternative treatment for common ailments such as headaches, nausea, poor appetite, sleeplessness, and mood problems. Cannabidiol can be ingested or used externally on the skin to treat skin disorders, inflammation, injury, and even as hair oil.

CBD oil has become a very popular alternative remedy for pain and anxiety; and thanks to its versatility, cannabidiol is now a common ingredient in food and beverages including alcohol and caffeine. What makes these two compounds a good match is that CBD oil can counteract many of the side effects of caffeine, and in some cases, increase other effects such as energy levels and concentration.

Should You Mix CBD And Caffeine?

This use of cannabidiol with caffeine may have started as just another health trend, however, it does seem to have some legitimate benefits for human health. Generally speaking, people who add CBD oil to caffeine report that it makes for a better “high”, without the jittery feelings. It is also said to reduce symptoms of Generalized Anxiety Disorder, which for many people result in higher cognitive function and a notable boost in productivity.

Overall, combining CBD with caffeine creates an explosion of energy and focus, and the effects typically last longer than when you take caffeine alone. For individuals who avoid caffeine for the anxiety, consider adding a few drops of pure CBD oil to your cup to keep stress hormones low.

Ideally, CBD oil should be added to a cup of hot or warm coffee, rather than boiled in the pot. Extreme heat can destroy cannabidiol, so this will ensure that you keep most of the compound intact.

The Effects of CBD In Coffee

So now that you know what CBD is and how people are using it in caffeine, what exactly does it do when you add it to coffee? And does this teach us something new about cannabinoids that helps us use it more effectively to promote human health?

Without being too vague, it is the body’s response to caffeine and its natural use of cannabinoids that makes this modern beverage so unique. Your body produces cannabinoids naturally, and these work with cannabinoid receptors located in the brain to help regulate a variety of processes including metabolism, energy, mood, focus, and the production of various hormones.

When cannabidiol is ingested, experts believe it uses brain receptors to manage production of cortisol and adrenaline; the two main stress hormones that spike during anxiety. If triggered by caffeine, CBD oil may be used to reduce anxiety while keeping energy levels high. The positive effects of caffeine can be complemented with CBD; and these include higher memory function, faster analytical thinking, concentration, optimism, creativity, etc.

What Does Science Say About CBD And Caffeine?

Cannabidiol was only recently legalized in the U.S. thanks to a passing of a bill that encouraged farming of hemp products for academic purposes. This was in 2018, and since then, many companies and organizations have invested money into research to learn more about CBD and marijuana. In the U.K, the Home Office describes cannabidiol as fully legal provided it has a THC content of 0.2 or less.

THC is a compound in marijuana that makes users feel euphoric. For many governments, the issue of legalizing cannabidiol has centered around THC; and as long as manufacturers remove THC from their product, health experts and federal agencies deem it safe.  Even employers are allowing it in the workplace.

The World Health Organization considers CBD safe and well tolerated by most people. This is in line with other research studies that have been published from reputable health journals and websites. Long-term health effects are still unknown, but the health sector is mostly optimistic about CBD and its uses for human health.

Caffeine on the other hand, is well known for its heart-healthy benefits, and for its ability to reduce the risk of acquiring cancer and diabetes. When used in combination with CBD many of these health benefits are reinforced, leading to better health and wellbeing.

The daily use of CBD is relatively new compared to the long history we have with caffeine, and for this reason, it is not perfectly clear all the possible effects it may have on health – particularly among younger people. But having said that, CBD and caffeine still present great opportunity to manage stress and anxiety, as well as increasing energy – and this can go a long way in making your days more productive.

CBD is available in different strains, some of which are rather concentrated. This should be considered during purchase. Avoid using CBD when taking other medication, especially antidepressants and antibiotics. Monitor your heart health and weight when using any kind of stimulant and consult a doctor about using CBD oil every day.