It Was Already Hard to Find Evusheld, a Covid Prevention Therapy. Now It’s Even Harder. 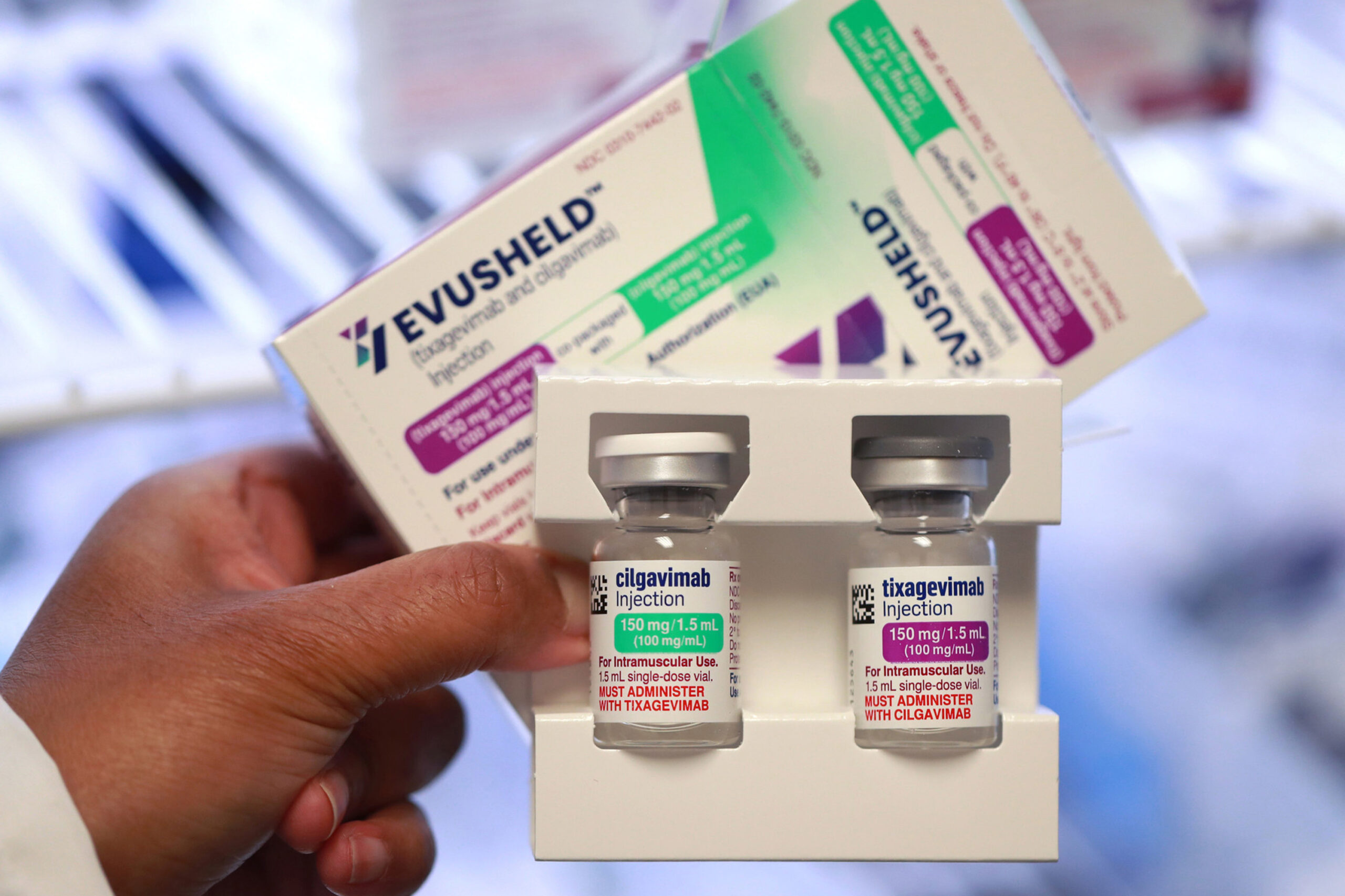 As immunocompromised people across the country work to get Evusheld, a potentially lifesaving covid therapy, several hundred providers of the injections were removed from a federal dataset on Wednesday night, making the therapy even harder to locate.

White House officials had announced March 15 that a planned purchase of more doses would have to be scaled back without new federal funding.

And federal and state health departments aren’t making it easy to find, leaving patients whose hospitals say they don’t have enough of the drug to write desperate tweets and Facebook posts seeking the shots while unused vials sit in the refrigerators of other providers. Few states list on their websites where residents can find Evusheld — most provide no information or link to an incomplete federal map.

The therapy is a pair of monoclonal antibody injections designed to prevent covid infection. It received emergency use authorization in December for people 12 and older who are moderately to severely immunocompromised or unable to be vaccinated for medical reasons, more than 7 million people. For people who haven’t responded to a covid vaccine, it could offer lifesaving protection.

According to White House officials, the U.S. will likely run out of Evusheld by the end of the year.

The week before the White House’s announcement, the Department of Health and Human Services repeatedly told KHN that the problem was supply, not money. HHS spokesperson Elleen Kane stated multiple times that the federal government had bought every dose of Evusheld that AstraZeneca could supply in 2022. But an AstraZeneca spokesperson who declined to be named told KHN that more was available to buy. HHS did not respond to questions about the planned purchase.