The Ukrainian Family That Has Become An International Symbol Of Civilian Death. 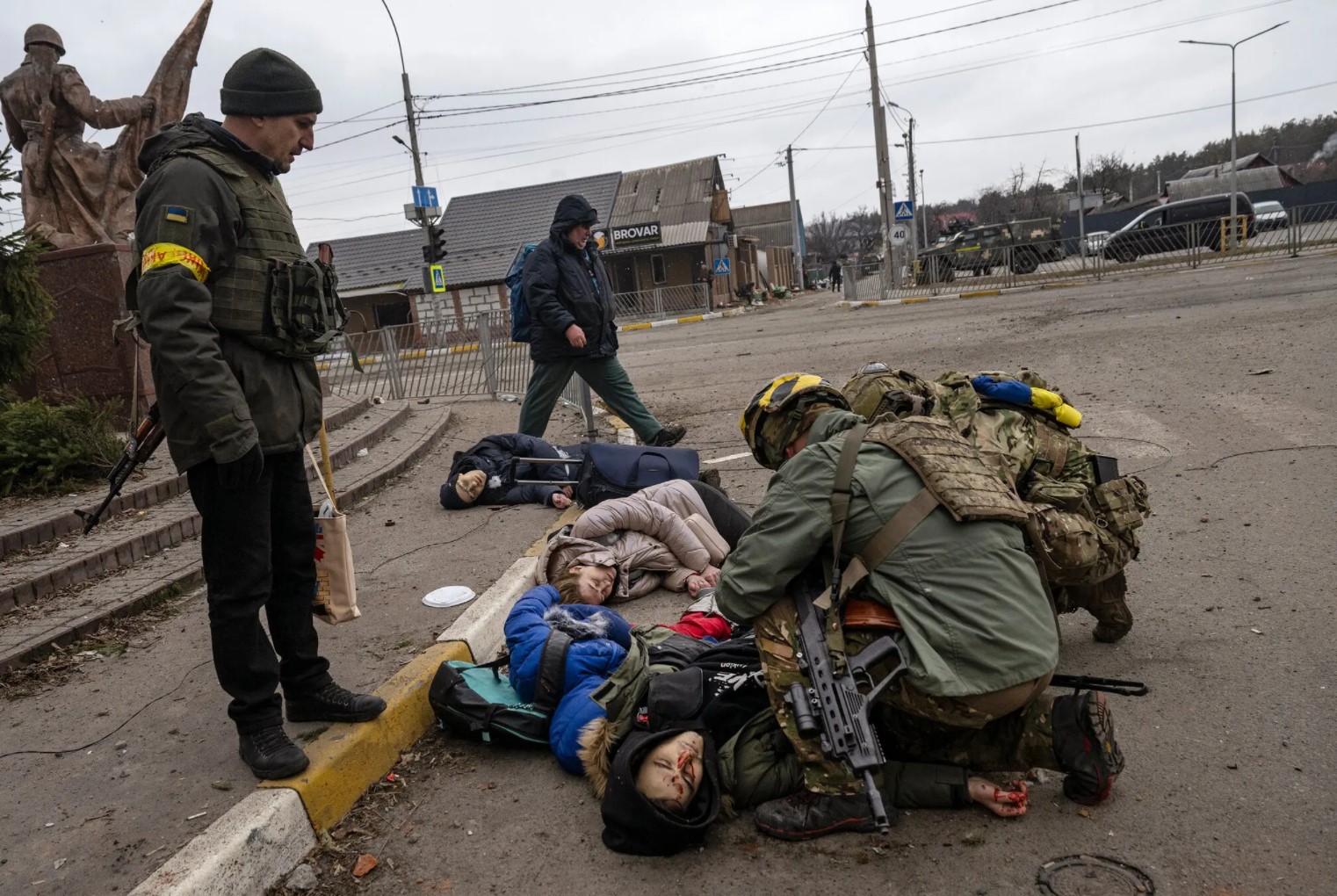 The photograph has become a worldwide symbol of Russia’s brutality toward Ukrainian civilians.

Four people lay near an intersection in Irpin, a Kyiv suburb, on Sunday. All were dead or soon would be, from the force of Russian mortars. There had been no Ukrainian forces where the mortars landed, suggesting Russia might have been targeting a civilian escape route near Kyiv.

If so, it was part of Russia’s larger campaign to demoralize Ukraine by killing and wounding ordinary people, a strategy the Russian military has also used in Syria and Chechnya. Ukraine is now enduring these attacks every day, many of them undocumented.

In Irpin, however, a team of Times journalists happened to be nearby when the mortar shells landed, and one of them, Lynsey Addario, took the photograph of the family. “I thought, you know, it’s disrespectful to take a photo, but I have to take a photo — this is a war crime,” Lynsey told CBS Evening News. “I think it’s really important that people around the world see these images.”

In the days since the attack, my colleagues have reconstructed the lives of the four victims: Tetiana Perebyinis and her two children, 18-year-old Mykyta and 9-year-old Alisa, along with Anatoly Berezhnyi, a 26-year-old church volunteer trying to help them to safety. 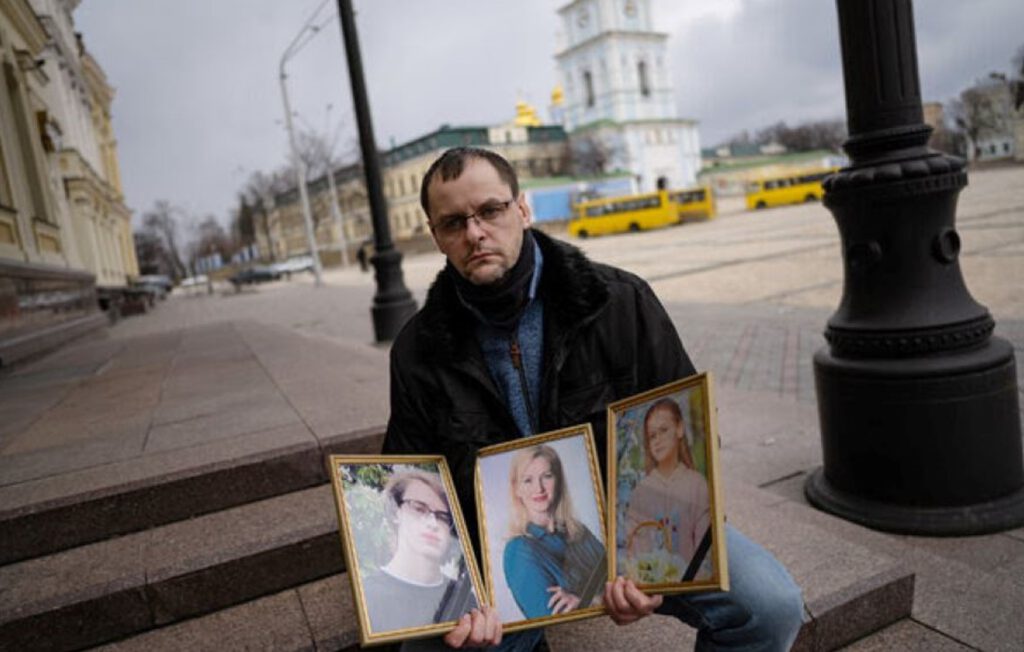 Serhiy Perebyinis with photos of his wife and children.Lynsey Addario for The New York Times

Tetiana Perebyinis, who was an accountant, and her husband, Serhiy, a computer programmer, had already escaped war in Ukraine once. Until 2014, they lived in eastern Ukraine, and they fled to Kyiv after Russia fomented a separatist uprising in the east.

“They met in high school but became a couple years later, after meeting again on a dance floor at a Ukrainian nightclub,” my colleague Andrew Kramer reports from Kyiv, after speaking with Serhiy this week. “They owned a Chevrolet minivan and shared a country home with friends, and Ms. Perebyinis was a dedicated gardener and an avid skier.”

A few weeks ago, before the situation in Kyiv deteriorated, Tetiana’s company rented rooms in Poland and encouraged its employees to use them. But Tetiana did not want to leave until she had a plan to evacuate her mother, who has Alzheimer’s disease. Finally, around 7 a.m. on Sunday, Tetiana and her children began their journey, while Serhiy was trapped in eastern Ukraine, tending to his ailing mother.

By mid-morning on Sunday, Tetiana, Mykyta and Alisa had all been killed, alongside Berezhnyi, the church volunteer. Berezhnyi had moved his wife to western Ukraine but returned himself to Irpin to help others evacuate.

“The whole world should know what is happening here,” Serhiy said. Read the rest of the family’s story:  https://www.nytimes.com/2022/03/06/world/europe/ukraine-irpin-civilian-death.html