A Shortfall of ECMO Treatment Cost Lives During the Delta Surge 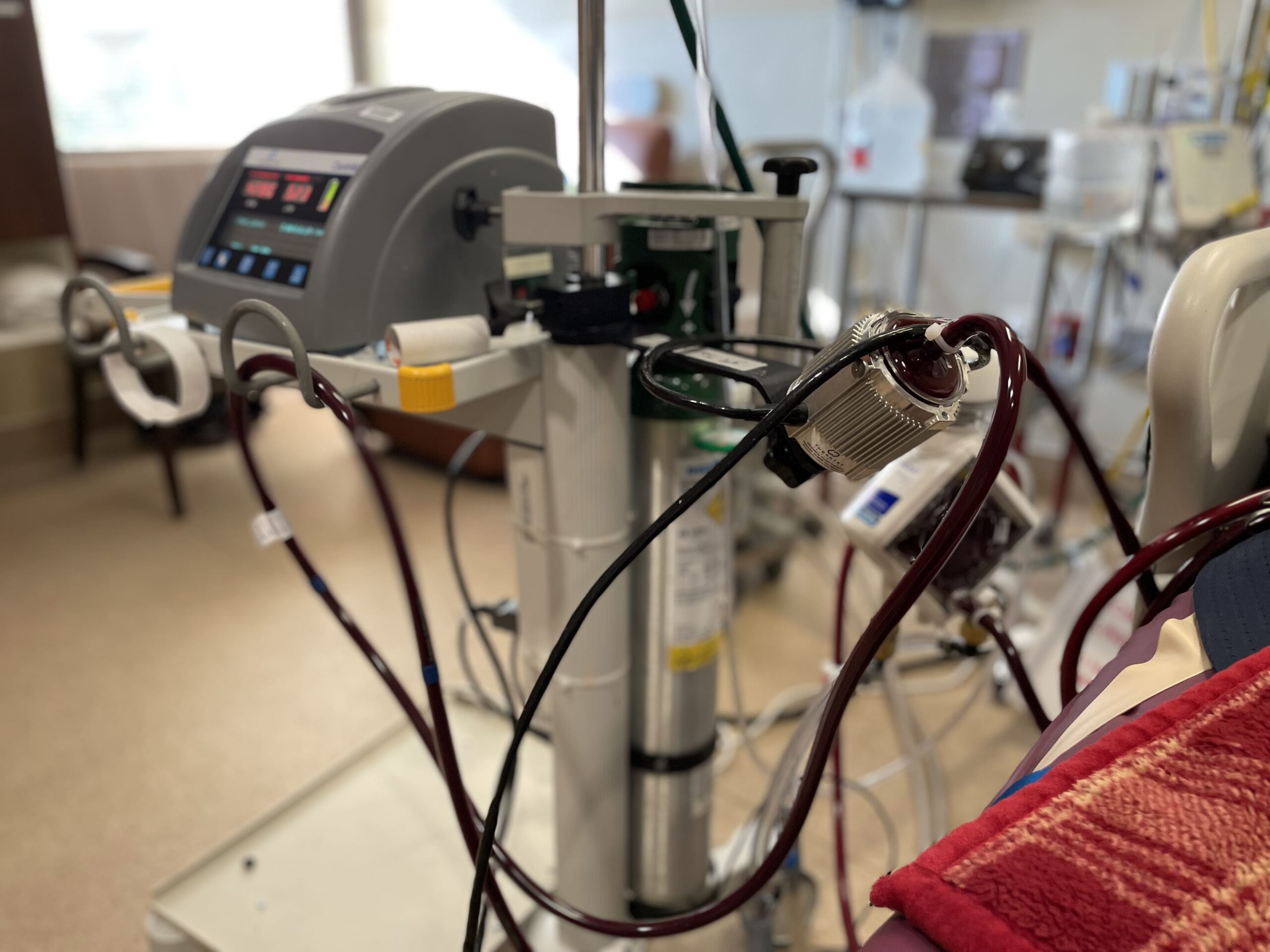 Speaking from his hospital bed at Vanderbilt University Medical Center in Nashville, Tennessee, James Perkinson’s voice was raspy. In February, he’d just been taken off ECMO, the last-ditch life support treatment in which a machine outside the body does the work of the heart and lungs.

Full recovery is expected to take a year or more for Perkinson.

“If it wasn’t for the ECMO and the doctors that were put in place at the right time with the right knowledge, I would not be here,” he said, with his wife, Kacie, by his side.

“Could there have been a miracle and he could have lived if he hadn’t gotten [ECMO]? Maybe. But the chances were absolutely slim to none,” Kacie said.

A new study from Vanderbilt shows she’s probably right about those chances.

During the surge of the delta variant of covid-19 late last summer, ECMO therapy was in short supply across the South. Vanderbilt’s unit was taking 10 to 15 calls a day from hospitals without ECMO looking for an open bed. Even patients’ families were calling on behalf of dying loved ones.

“‘There’s no beds. There’s no nurses. There’s no machines. There’s just not enough. We just physically can’t,’” nurse practitioner Whitney Gannon said she would tell people calling from hospitals around the South. “It’s the worst feeling in the world.”

But Gannon grew curious about what happened to the patients she had to turn down — especially those who were young and healthy, like Perkinson, who was 28. She started checking back, informally.