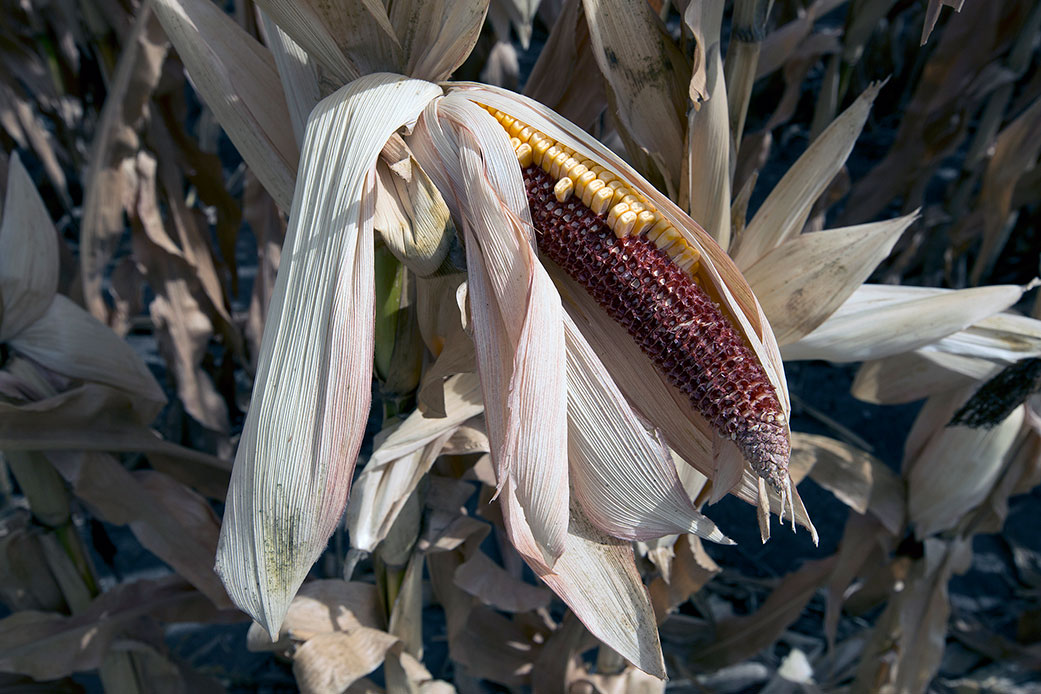 Drought caused this Iowa corn crop to fail in 2012. As the changing climate increases the frequency of extreme events, the risk will double that corn harvests will fail in at least three of the world’s five major breadbasket regions in the same year. Credit: USDA

To assess how climate warming will change risks such as crop failures and wildfires, it’s necessary to look at how the risks are likely to interact.

Troubles never come singly, the proverb says. A new NASA study shows that the old saying will become increasingly true of climate troubles in a warmer world. The study shows that extreme weather events such as floods and heat waves will increasingly cluster closer in time and space, heightening the risks of crop failures, wildfires, and other hazards to society.

By the year 2100, increases in heat waves, drought, and excessive rainfall combined will double the risk of climate-related failures of corn harvests in at least three of the world’s six major corn-growing regions in the same year, according to the study, published in Environmental Research Letters. The U.S. Midwest is at the highest risk of being the site of one of these multiple harvest failures.

Many previous studies have modeled changes in a single climate indicator, such as the number of days above 100 degrees Fahrenheit (38 degrees Celsius) in a certain region. But the greatest impacts usually come when extremes occur simultaneously or in close sequence. For example, Western states are all too familiar with the scenario where excessive heat and drought fuel a wildfire, and then heavy rainfall creates a new hazard, landslides, in the burned area.