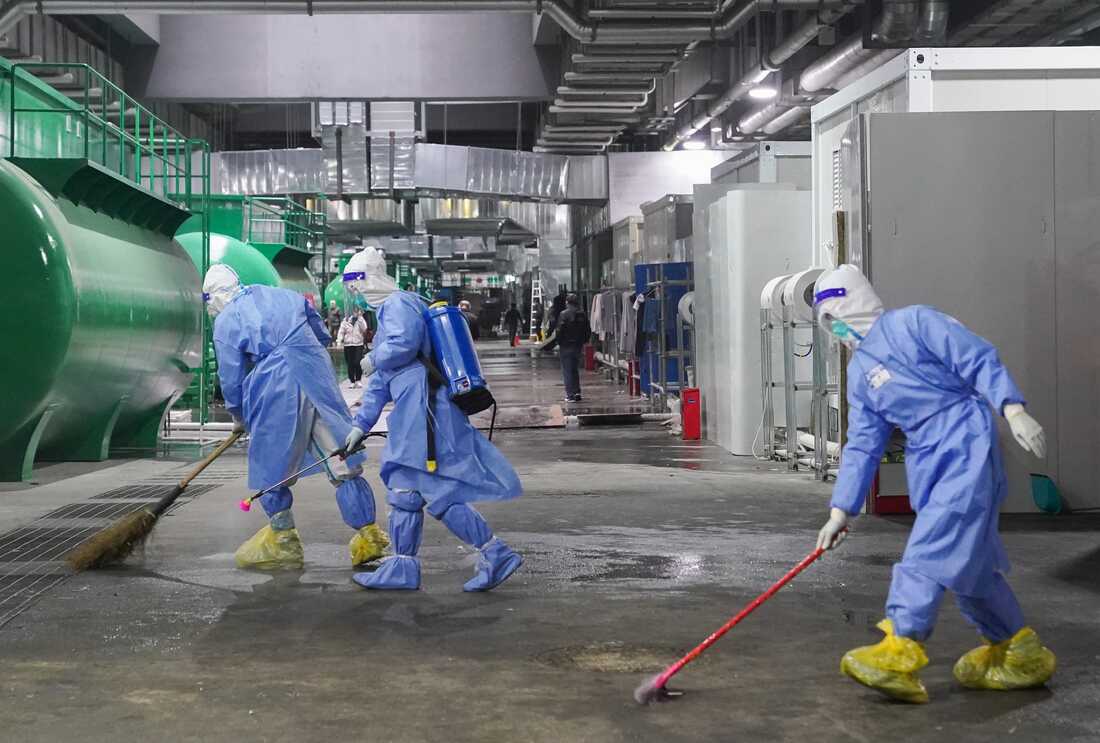 Workers clean and disinfect the floor at the National Exhibition and Convention Center NECC, the largest makeshift hospital, in Shanghai. Many jobs in these temporary facilities are drawn from the pool of unemployed migrant workers.

BEIJING — Like millions of migrant workers before him, Chen Haonan hoped to cash in on a decades-long real estate boom by leaving the rural areas in Shenzhen and becoming a property salesman in the city. But an economic downturn and strict controls on the ability of developers to borrow and build as much as they did before put him out of that job last year. Unemployed, Chen found work through a temp hiring agency in the only sector really growing these days in China: COVID control. His first job was a months-long stint testing residents during Shenzhen’s most recent lockdown late last year. He is now among the tens of thousands of health workers traveling the country, enforcing periodic lockdowns, staffing dozens of state isolation wards and running mass testing campaigns. For decades, China’s economy has relied on an itinerant class of what Chinese policymakers call its “floating population” — some 300 million migrant workers who drift from city to city doing construction work, service jobs such as sales work, and factory assembly, often in precarious conditions. They assembled phones, staffed restaurants and built the country’s skyscrapers.

However, the economic downturn and more regulations mean many of those sectors are shrinking. As a result, labor agencies are pivoting and heavily recruiting now-underemployed migrant workers to fill a new niche for cheap, and equally precarious, labor: COVID control. These migrant workers are now among the ranks of the dabai, or “big whites” as China calls them: the ubiquitous health monitors clothed in white protective gear — anonymous, yet essential to COVID policy. “We were trained by other volunteers, but they are not health professionals nor familiar with the procedures,” says Chen. Transferred to Shanghai, a worker is shocked by conditions there Despite recent outbreaks in Jilin province and in Shanghai that have infected hundreds of thousands of people, China has vowed to stick with its zero tolerance COVID policies. That requires tens of thousands of workers. Now Shanghai, a city of 25 million residents, is under total lockdown. Chen was transferred in early April from Shenzhen to staff Shanghai’s National Exhibition and Convention Center, which has been converted into a state isolation ward for 15,000 feverish peopl …