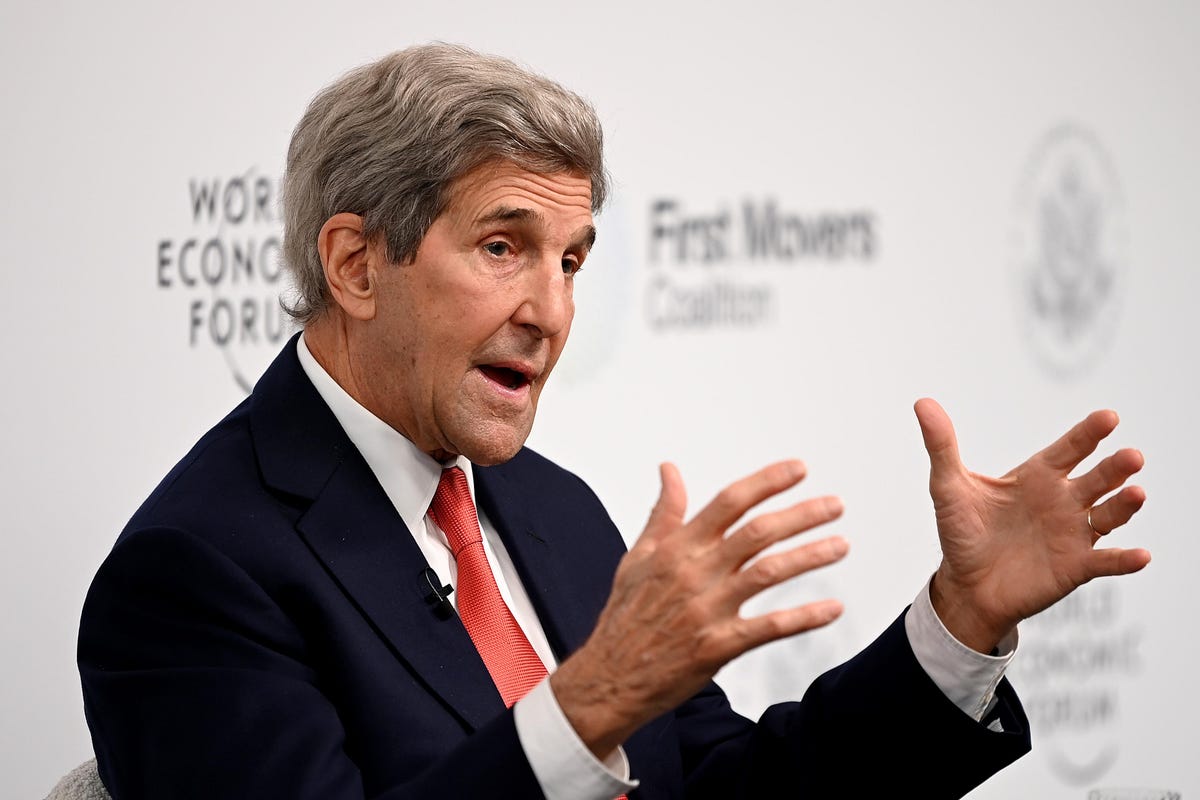 GLASGOW, SCOTLAND – NOVEMBER 04: Secretary John Kerry, U.S. Special Presidential Envoy on Climate, … [+] launches the First Movers Coalition, the green initiative announced at COP26 by President Biden on November 04, 2021 in Glasgow, Scotland. The US and the World Economic forum are launching the coalition with 24 of the world’s largest companies committing to buy low-carbon products by 2030 to develop green supply chains and meet climate goals. (Photo by Jeff J Mitchell/Getty Images)

Sometimes it is hard to know what to even say in response to some of the things that come out of the current American administration in terms of energy policy. No one personifies this more frequently than President Biden’s Climate Envoy, former Democratic senator, secretary of state and presidential nominee John Kerry.

As Russian troops and tanks began rolling into Ukraine to wage Vladimir Putin’s ongoing war on that country in late February, Kerry famously expressed his main concern that “I hope President Putin will help us to stay on track with respect to what we need to do for the climate.” Seven weeks later, it’s safe to speculate that few Ukrainians today have Mr. Kerry’s concern at top of mind.

This week, during a “Fireside Chat on U.S. Climate Finance” sponsored by the Center for Global Development, Kerry carried his unique brand of logic a step further, praising Europe as “the lead on the planet” for the global energy transition. In response to a question from moderator Judy Woodruff of the PBS Newshour, Kerry said the following:

“No government in the world has enough money to be able to affect the transition we need to affect, to move us much more rapidly into sustainable energy postures in our nations,” he s …