Lowering the temperature on a hot topic: A climate change primer – Phys.org 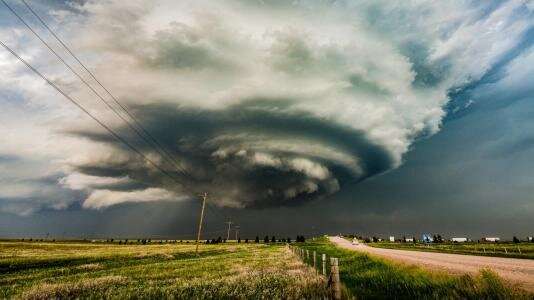 Supercell storm outside of Harrisburg, Nebraska, that produced severe storms and multiple tornadoes. Climate change is expected to increase the frequency and severity of weather-related events, from wildfires to hurricanes. Credit: Shutterstock/Cammie Czuchnicki.

Climate changes. It has done so, often dramatically, over the course of Earth’s geologic timescales, measured in hundreds of thousands and millions of years. Some of these changes might have caused a phenomenon called snowball Earth, a period in which the entire planet froze over. Other changes have taken the planet in the opposite direction.

As science gets better at measuring and deciphering evidence from those atmospheres of the past, researchers are discovering that large climatic episodes are linked to mass extinction events, when much of life on Earth died off.
So, if the climate does change and has tended toward the drastic in the past, why the kerfuffle when we talk about climate change, today?
One of the main points of contention among remaining skeptics, and the point most climate scientists agree on—as well as scientists from many other fields—is whether human activities are the …