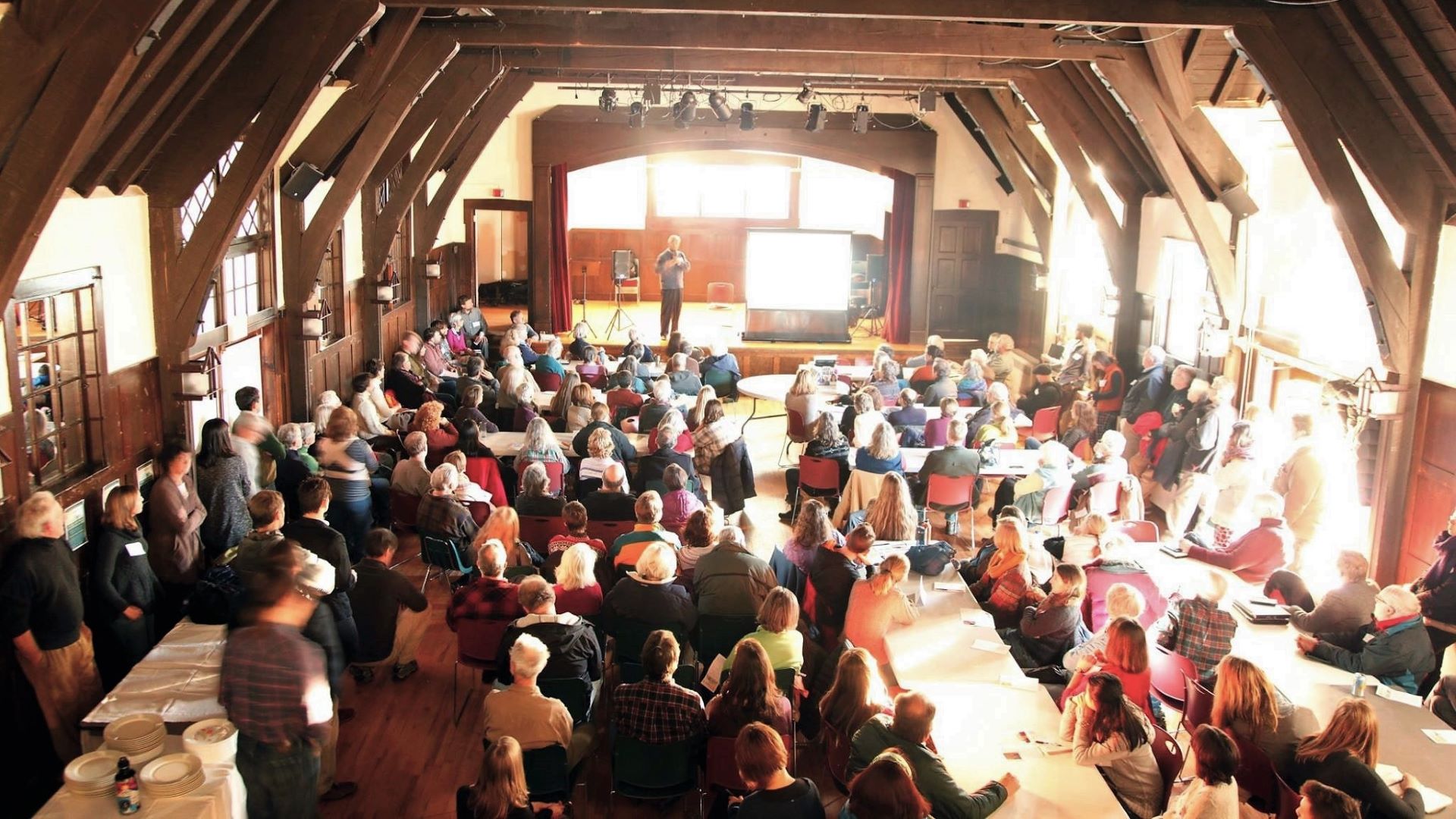 (This article was produced in partnership with the Energy News Network, a nonprofit news site that covers the transition to a clean energy economy from state and regional perspectives.)
A pioneering local climate group that put Maine’s Mount Desert Island on a path to energy independence is now trying to help other citizen-led groups achieve their clean energy and climate resilience goals.
A Climate to Thrive (ACTT) recently launched a series of monthly Zoom meetings aimed at mentoring activists from across the state and providing a forum for exchanging ideas, strategies, and expertise.
“If we only do this [work] for our island,” said Johannah Blackman, ACTT’s executive director, “it doesn’t help that much to address climate change — unless we actively share what we learn with others.”
Founded in 2015, ACTT sought from the outset to be a catalyst for broader climate action. A meeting the group hosted in 2018 helped prompt Gov. Janet Mills to establish the Maine Climate Council, which oversaw a participatory process to create the state’s climate action plan.
ACTT also helped found a statewide coalition of groups that advocate for broad-level policy change and regulatory reform. In Maine, a state renowned for its strong home-rule tradition, change often comes from the ground up.
On Mount Desert Island, ACTT facilitated a five-fold increase in solar generation, installed a network of electric vehicle chargers, helped establish municipal and community solar arrays, and worked with food businesses to reduce single-use plastics and greenhouse gas emissions.
Even during its early years as an all-volunteer group, ACTT became “pretty well recognized as the first and foremost citizens’ group in the state,” said Mac McAbee, a volunteer with York Ready for Climate Action. Now, its three full-time sta …