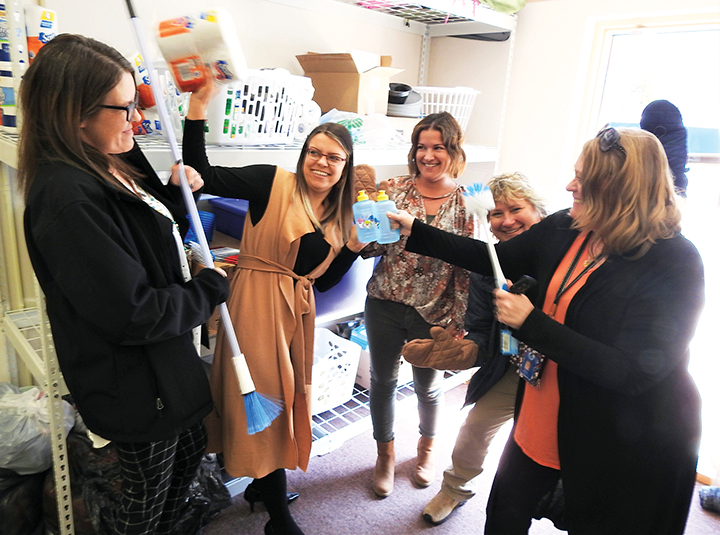 ALPENA — Fighting homelessness in Northeast Michigan takes determination, empathy, and colleagues as close as family, say advocates recently tapped for a statewide homelessness award.
The Michigan Coalition Against Homelessness recently selected the Homeless Response Team from the Northeast Michigan Community Service Agency, centered in Alpena, as Homeless Awareness Champions for 2022.
It’s the first time the organization has included an awareness champions award in its annual recognition of people who fight on behalf of people experiencing homelessness.
The coalition’s awards usually go to individuals, but, in the case of NEMCSA’s Homeless Response Team, recognition of the whole team was a natural decision, said Victoria Purvis, director of homeless and prevention community programs division for NEMCSA.
The team met around a table at the Alpena NEMCSA office on Thursday.
Over bagged lunches, they talked about the people they help every day from their stations across northern Michigan.
Eagerly they updated their colleagues on a man who’d found a job, a woman they’d helped into a home, another who called to thank one of the team for finding her a home two years ago.
“Aaaaw,” the team said in unison.
One of the smallest teams handling the largest community action agency in the state, the team has to function like family, Purvis said.
Messages and calls fly between workers all day long, keeping tabs on each other’s efforts from Alpena to Cheboygan to G …