Netflix laid off staff, mostly women of color, at its Tudum website. – NPR 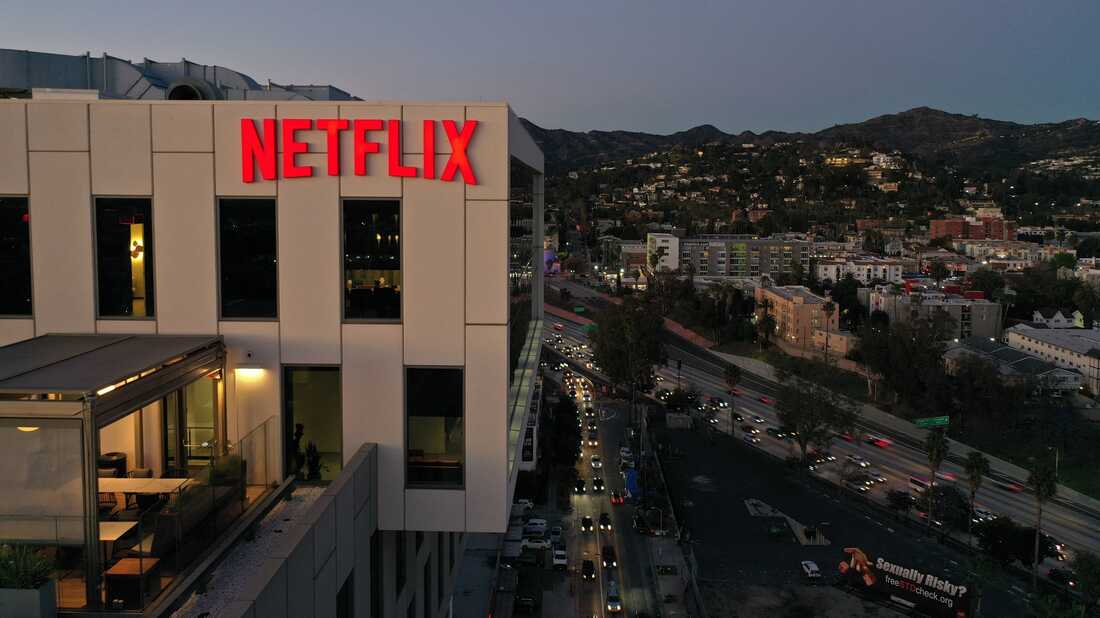 The Netflix logo is seen on top of their office building in Hollywood, Calif. The streaming service has laid off some employees of its companion website called Tudum.

Netflix has laid off some of its staff, many of them recently hired women of color. They were working on the streaming service’s new fan-focused website, Tudum, named for the sound of the Netflix logo.Tudum launched in December to take fans “behind the”streams,” with articles about shows and films streamed on Netflix. For example, the site recently featured a story on the toddlers in the Japanese reality show Old Enough! There was a story with a “scoop” about the final episodes of Frankie and Grace, and a rundown of who’s crushing on whom in the teen series Heartstopper. Tudum also included a story about the history of the food in Bridgerton Season 2, and another highlighting the show’s slow-burn romantic moments. Some fans are just learning now about Tudum, complaining Netflix didn’t do much to promote the website. And some of the writers and editors who lost their jobs were told the layoffs were part of Netflix’s plan to restructure its marketing department. The news comes shortly after announcements that the streamer has lost subscribers, and that its stocks took a nosedive.When asked about the layoff, a spokesperson for Netflix wrote, “Our fan website Tudum is an important priority for the company.”
Well. I just was laid off from a significant contract originally intended through August so I’m looking for stable work… and rent. I need rent.— Nichole 🍞🍯 (@tnwhiskeywoman) April 28, 2022

The site is still up, but one team of 10-12 writers and editors were laid off. They worked on the culture and trend section of Tudum. They are experienced journalists who previously worked for Vulture, Vice, Teen Vogue and The New York Times. Some were book authors or had their own pop culture podcasts. Most, if not all of the team were Black, Latinx or Asian women.”They went very out of their way to hire high level journalists of color who have quite a bit of name recognition and a lot of experience and talent. In some ways, they were just buying clout to lend credibility to their gambit,” one member of the team told NPR, just hours after being let go. The member said they had signed a non-disclosure agreement when hired and so did not want their name used.Everyone on the team had been recruited by Netflix with promises of editorial independence, exclusive interviews with Netflix talent, and secure, well-paying jobs.It seemed like a dream job at first, they said, working with a diverse staff for good pay and loads of resources and opportunities. “We were courted pretty aggressively. They sold us on the most amazing thing that you could want as a culture journalist or entertainment journalist. They just sold something that seemed impossible anywhere else,” they said. “But the biggest selling point was the pay.”But in the short time the website has been around, they said the vision and the strategy changed. “They started tightening up little by little. And then just it became clear. It’s a content marketing job, essentially. That would have been fine if from the get-go they made that clear.” Instead of being able to write about anything they wanted concerning Netflix content, they were told not to say anything deemed controversial, even if it was the subject of a documentary, for example. And any mention of films that aren’t in the Netflix library were deleted from the site.
I actually had a piece-in-progress for Tudum—one that took me months to have the capacity to write—about Kanye & grieving a parent after their death. So if any editors want this piece let me know. It took ~A LOT~ of emotional labor so not accepting less than $1/word. Thanks.— Nneka M. Okona 🇳🇬 (@afrosypaella) April 29, 2022

“They created a very jargony corporate environment in which everythin …