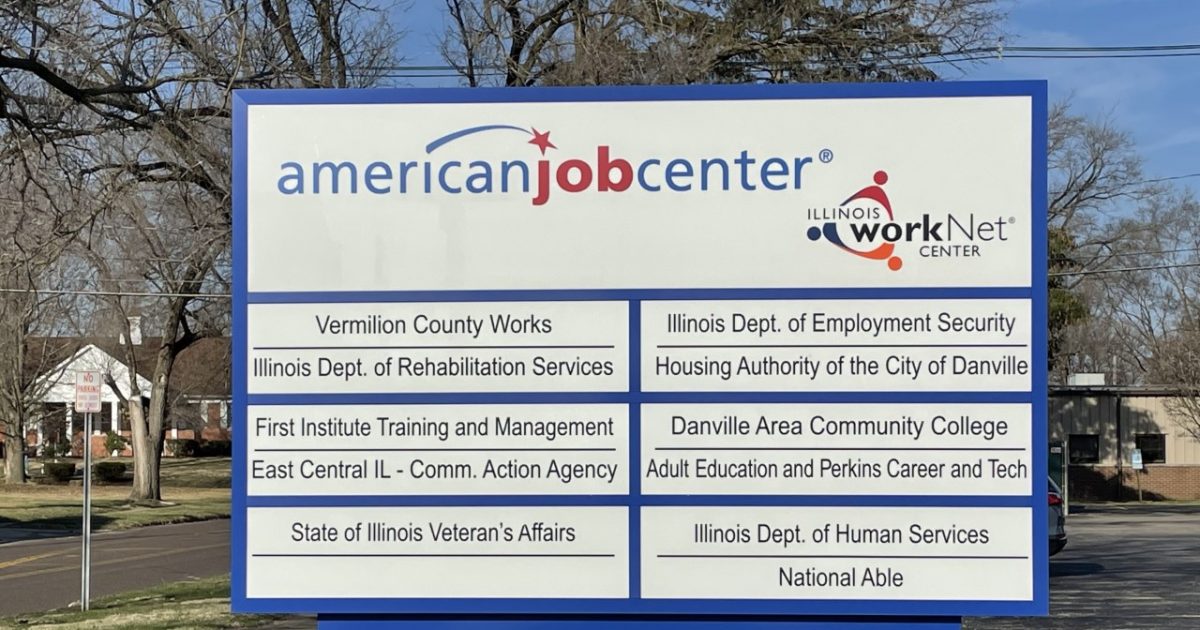 Once again, the area jobs picture has shown an improvement, this time from February to March; and continues to look significantly better than one year ago.
In Vermilion County, the unemployment rate dropped from six percent flat in February to 5.6% in March.  Vermilion County’s rate stood at 7.3% in March of 2021.
The City of Danville’s jobless rate dropped from 5.4 percent in February to 5.1% in March.  Danville’s rate came in at 8.2 percent in March of last year.
The Illinois Department of Employment Security says the latest numbers have not been seasonally adjusted.
In Vermilion County, non-farm employment has increased by 300 jobs when comparing March of 2022 to March of 2021.  Leisure and hospitality was up by 300 jobs, government jobs was up by 200, and wholesale trade up by 100.  Meanwhile, manufacturing and construction had both dropped by 100 jobs from March of 2021 to 2022.