U.S. speeds up phaseout of incandescent light bulbs in favor of energy-efficient ones – NPR 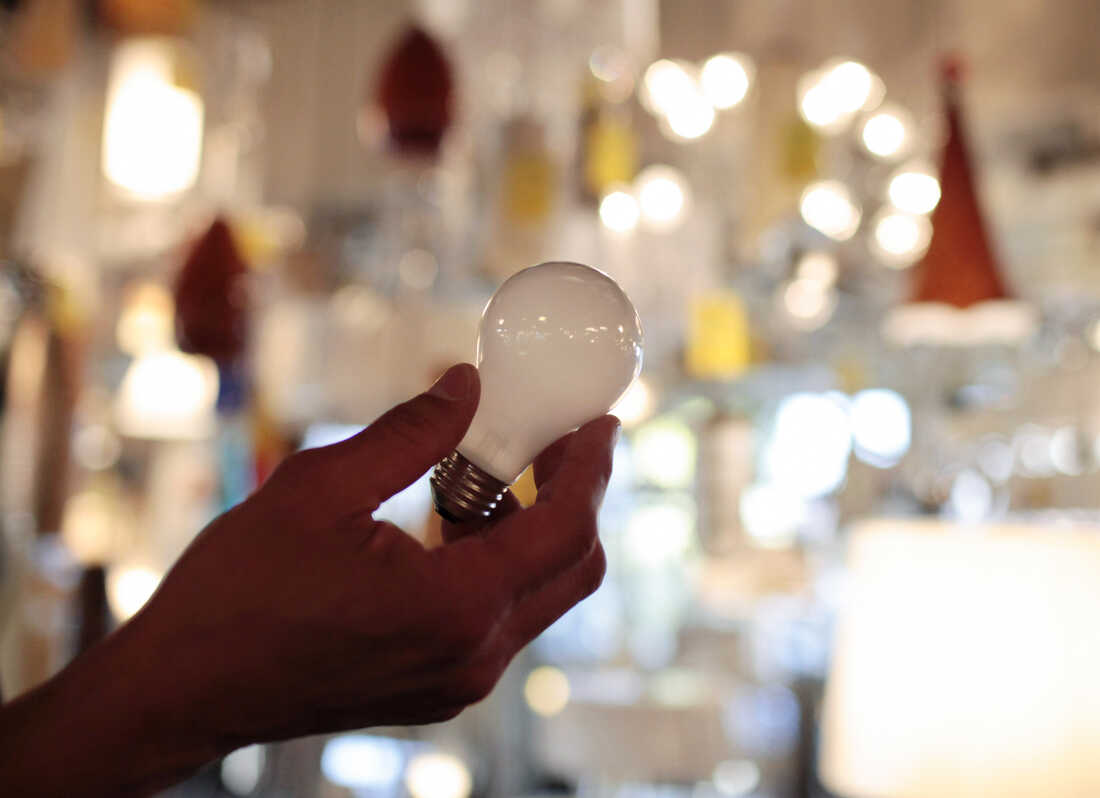 WASHINGTON — The Biden administration is scrapping old-fashioned incandescent light bulbs, speeding an ongoing trend toward more efficient lighting that officials say will save households, schools and businesses billions of dollars a year. Rules finalized by the Energy Department will require manufacturers to sell energy-efficient light bulbs, accelerating a longtime industry practice to use compact fluorescent and LED bulbs that last 25 to 50 times longer than incandescent bulbs. The Trump administration had slowed an earlier phaseout of incandescents, saying it was targeting rules that burden businesses.

Once the new rules are fully in place next year, consumers should save nearly $3 billion per year on their utility bills, the Energy Department said. The rules are projected to cut planet-warming carbon emissions by 222 million metric tons over the next 30 years, an amount equivalent to emissions generated by 28 million homes in one year, officials said. “By raising energy efficiency standards for lightbulbs, we’re putting $3 billion back in the pockets of American consumers every year and substantially reducing domestic carbon emissions,” Energy Secretary Jennifer Granholm said in a statement Tuesday. “The lighting industry is already embracing more energy efficient products, and this measure will accelerate progress to deliver the best products to American consumers and build a better and brighter future.”

The new rules expand energy-efficiency requirements to more types of light bulbs and ban sale of bulbs that produce less than 45 lumens per watt — a measure of how much light is emitted for each unit of electricity. Trump had slowed a push to more efficient bulbs The Trump administration in 2019 had slowed a years-long push by Congress and past administrations to switch Americans to LED bulbs and other lighting that uses less electricity. Former President Donald Trump said in September 2019 that the Energy Department canceled a pending phaseout of incandescent bulbs because “what’s saved is not worth it.” Advocates hailed the latest rule change, saying it would ensure that commonly used light bulbs meet an easily achieved efficiency standard.