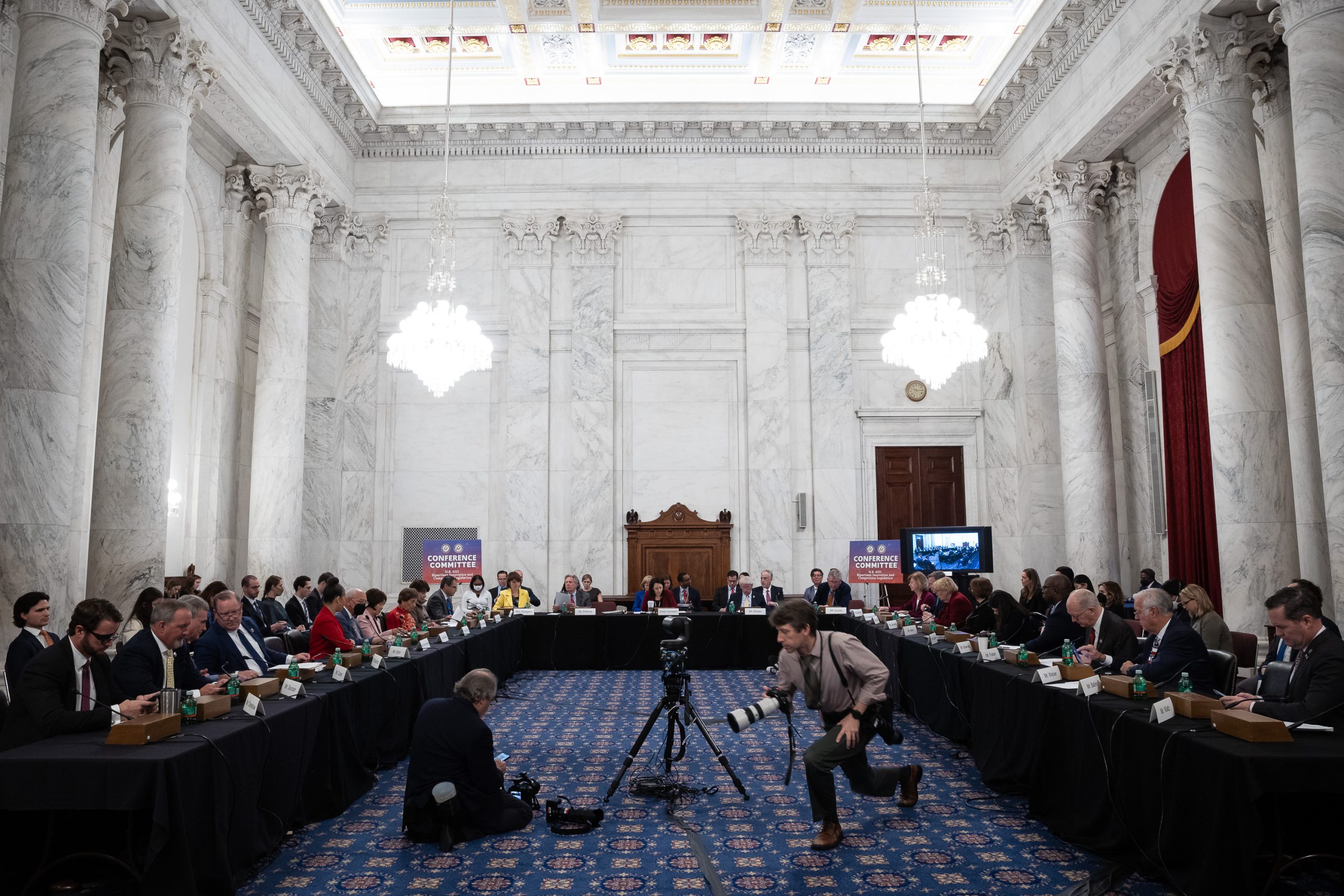 Dozens of lawmakers gathered yesterday for the first time to iron out differences between House and Senate bills that seek to spur American innovation and competitiveness, including on energy technology.
At the inaugural conference committee hearing, lawmakers offered limited concessions but highlighted key provisions that seem unlikely to garner bipartisan support.
In total, 90 of the 107 lawmakers appointed to serve on the conference offered insights into their priorities. The vast majority of the comments were endorsements for a package to come together.

Both bills would provide tens of billions to the Department of Energy and National Science Foundation in an effort to compete with China. Negotiations will no go behind closed doors.
Here are four takeaways from yesterday’s meeting and what to expect in the coming weeks:
1. Chip shortage is central
A view of the conference committee hearing on innovation legislation. | Francis Chung/E&E News
While big differences still need to be hashed out, lawmakers from both parties expressed optimism about compromise, especially with regard to $52 billion in spending to bolster the domestic semiconductor manufacturing sector. Technologies like solar panels and electric vehicles have been affected by a shortage.
“I think everybody in America has got an idea of what a chip shortage means in their lives, and so I do think that is a very big tent pole in this bill,” said Senate Commerc …