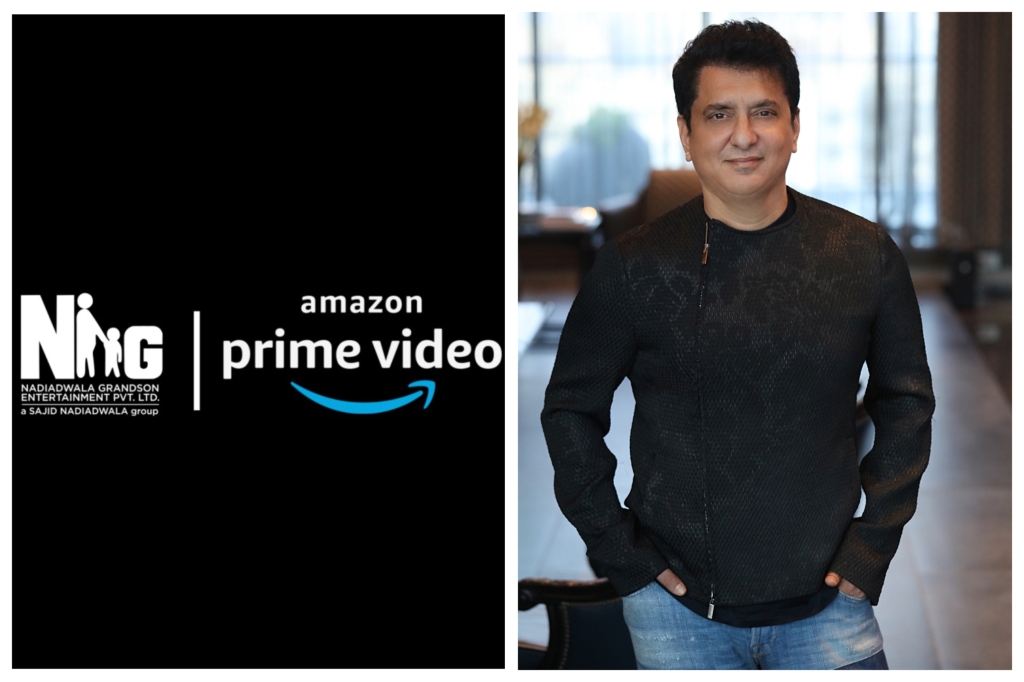 The films will also be made available  to rent through Amazon’s ‘Early Access Rental’ window.

Sajid Nadiadwala, Managing Director of NGE said: “Amazon Prime Video has been instrumental in breaking all barriers in entertainment – geographical, linguistic, or otherwise. In Prime Video, we believe we have found a partner that not only shares our vision of offering immersive cinematic experiences, but also provides global distribution to the best stories from the Indian entertainment ecosystem.
“This collaboration marks NGE’s first-ever, worldwide exclusive, multi-film, multi-year deal with Prime Video – we are confident that this partnership of inclusive cinema will enable our upcoming titles to travel beyond geographies and add further value to Prime Video’s stellar content selection. As the world of storytelling evolves across genres, I believe this association will pave the way for more collaborations between the two brands to follow.”
“At Amazon, we start with the customer and work backwards and this collaboration is another step towards fulfilling that promise,” said Manish Menghani, Director – Content Licensing, Amazon Prime Video India. “Prime Video has played a key role in significantly enhancing the audience base for Indian films, across languages, both within the country and internationally.”
The news comes soon after Amazon unveiled a 40-strong line-up of Indian originals, including drama series and features, and revealed a movie rental service, ustomers early access to Indian and international fe …