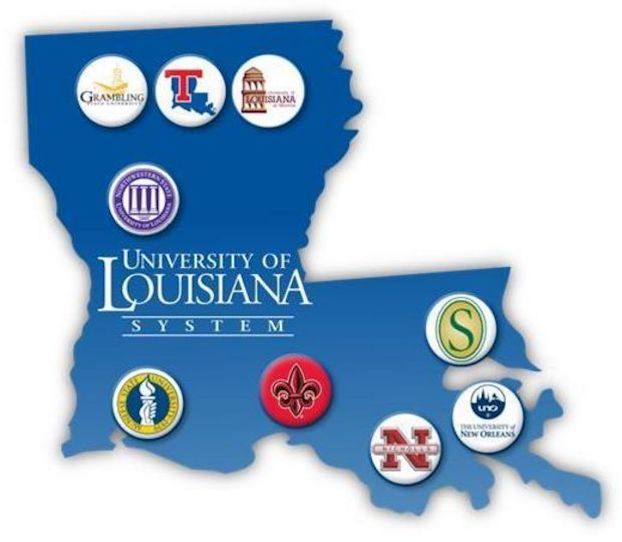 The University of Louisiana System.

By Victor Skinner | The Center Square
A recent audit of college and university foundations in Louisiana shows several dozen across the state’s four higher education systems held more than $4 billion in assets in 2020.
Louisiana Legislative Auditor Mike Waguespack released a report last week detailing the financial status of “Higher Education Foundations and Affiliates in Louisiana” for the Legislature.

“The purpose of the report was to provide information about the foundations, including the number of these organizations and their total assets, revenue, and funds spent,” according to the document.
Auditors identified at least 75 foundations affiliated with public higher education institutions in Louisiana, and found they collectively held about $4 billion in assets across the state’s four higher education systems.
That figure is nearly double the 2020 state budget for higher education of $2.4 billion for the four systems.
The different types of nonprofit corporations and affiliates supporting higher education institutions fall into five categories: University foundations used to promote and enhance programs and fund scholarships; athletic associations to build and maintain athletic programs and facilities; alumni associations aimed at programs and services to strengthen alumni bonds to the institution; research foundations to support research centers; and facilities foundations to develop and manage university facilities.
Auditors found university foundations collectively held the most assets at $2 billion in 2020, followed by facilities corporations at $1.3 billion and athletic associations at $489 million.
“The top 10 foundations held a collective $2.9 billion (72.1 percent) of the $4 billion in total foundation assets across all four higher education systems,” auditors wrote. “The two foundations with the highest total of assets were the LSU Foundation and the Tiger Athletic Foundation, which accounted for approximately $1.2 billion, or 29percent, of all foundation assets.”
Revenues for all foundations in 2020 totaled $529.1 million, according to the report.
“Across all four systems, foundation-generated income, such as rental income, special events, or management fees, made up $273.6 million (51.7percent) of the total revenue,” the report reads. “Contributions, such as from donations or fundraising, made up …