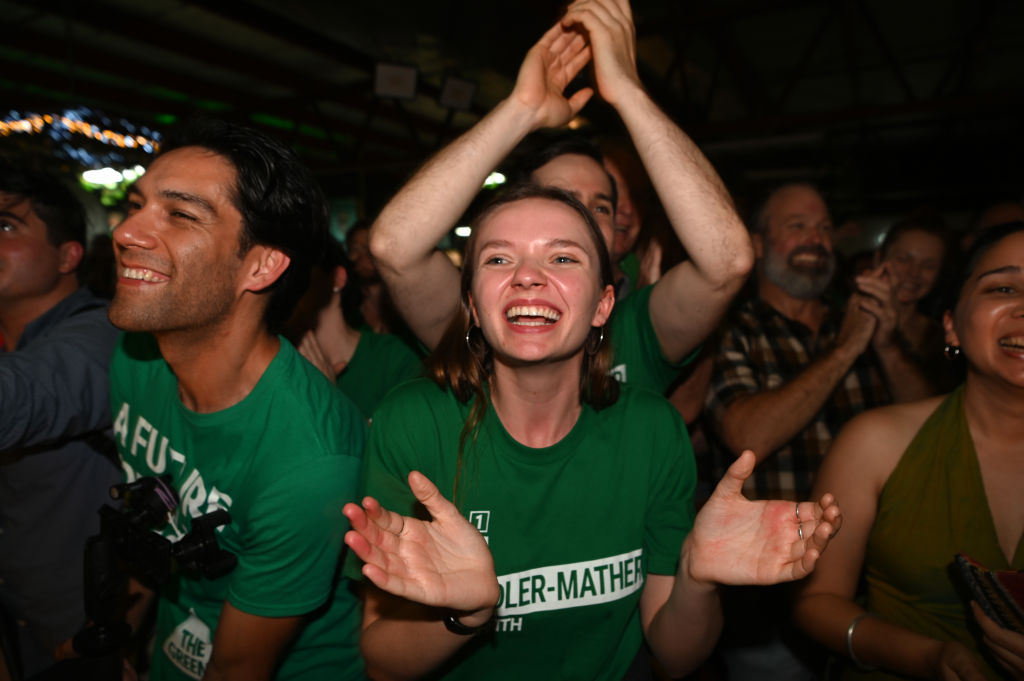 Despite a campaign period derided as boring, election night in Australia served up seismic political change. While votes are still being counted, it now seems undeniable — this was Australia’s first major climate election.
The right-wing coalition government was decisively thrown out. It lost a series of crucial inner-city seats to “the Teals,” a loose grouping of independent candidates focused on climate change. There were huge swings, particularly in Queensland, toward the Greens, who have overall managed to win at least two, and possibly four, seats in the House of Representatives. The opposition Labor Party lost votes nationally and will possibly fall short of the required seventy-six seats needed for a parliamentary majority. But even so, with the Coalition unlikely to win more than fifty seats in total, it can be said with certainty that Labor’s Anthony Albanese will be the next prime minister. Labor might need to turn to the Greens or climate independents for support in order to govern.
While some commentators have declared the climate wars to be over, it would be a mistake to assume this guarantees government action on climate change. It’s satisfying to see Scott Morrison banished as a result of his sneering denialism. But if we are to halt our march toward climate catastrophe, the environmental movement …