Bison Pastrami, Anyone? Preschool Assistant Makes Sure Kids Get to Know Indigenous Foods 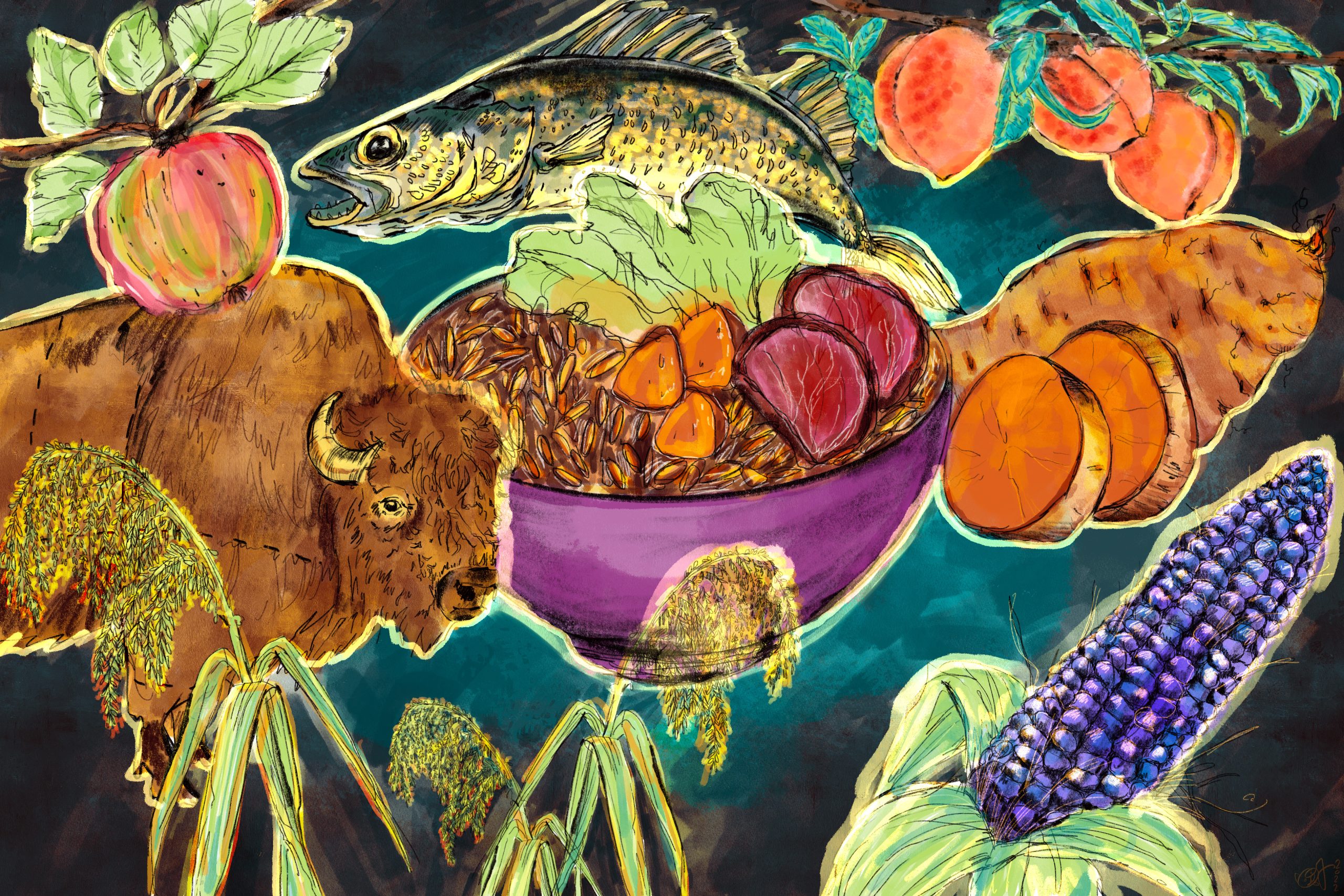 MINNEAPOLIS — Bison pastrami is not typical school lunch fare, but it’s a crowd favorite at a preschool in Minneapolis.

Youngbear-Tibbetts, a longtime Minneapolis resident and member of the White Earth Band of the Minnesota Chippewa Tribe, has made it her mission to bring traditional recipes to the 178 children attending Wicoie, who are taught several hours each day in the Dakota and Ojibwe languages. She said the dishes not only help Native American students and their families connect with their culture, but also bolster their nutrition.

“Part of it is getting their palates [used to] eating traditional foods, so that they want it,” she said. “Our kids are so used to eating all of this processed food — the snacks, the sugar.” She hopes students develop a taste for healthier food they will carry through their lives.

Across the breakfasts, lunches, and snacks Wicoie Nandagikendan serves, Youngbear-Tibbetts incorporates sweet potatoes, fresh fruits, leafy greens, fish, and meat from large game animals like bison, which is extremely low in fat, she said. Recently, she distributed a donation of 300 pounds of bison to students …