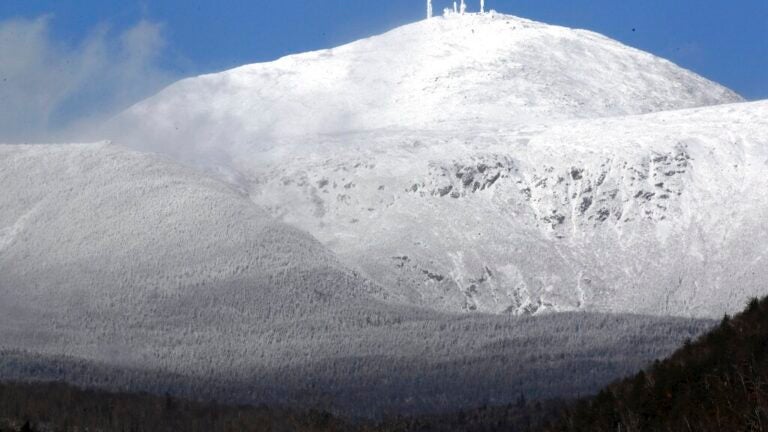 Average temperatures on top of the mountain have risen over the last century.

Mount Washington is famous for being the highest peak in the northeast at nearly 6,300 feet.

But a new study from the Appalachian Mountain Club shows that you can’t escape the warming effects of climate change even that high up.

This change in climate could do significant harm to the businesses that reside nearby.

One reason the study is so notable is because it is the first time scientists have been able to definitively prove that the increased temperature patterns were caused by climate change.

“It’s not just up to random chance, that it may fluctuate year to year,” Brian Fitzgerald, director of science and education at the Mount Washington Observatory told WBUR. “There’s something happening, there’s a trend.”
Advertisement:
The study utilized weather data recorded at the Mount Washington Observatory, which has been recording data since 1935, and nearby Pinkham Notch.

The study found that between 1935 and 2018, yearly average temperatures increased by 1.5 degrees Fahrenheit on Mount Washington and 2.1 degrees at Pinkham Notch.

The effect of this, the study said, is that during that time period, the area began experiencing two fewer weeks of frost conditions, as well as more thaw days when temperatures are above freezing.

The study also found that Pinkham Notch has experienced far less snow over time, with the average snowfall decreasing by 68 inches between 1935 and 2018.

Mount Washington’s snowfall was mostly unaffected during this time due to its famously strong winds blowing the snow off the peak, the study said.

Less snow means local ski mountains have to make more of their own snow, which is expensive and cuts into their profits, WBUR reported. And even then, cold temperatures are necessary for that solution to work.

The growing season is also getting longer, the radio station reported, which is not entirely a positive.

“Which you might say, ‘Oh great, I have a longer growing season for my garden,’ ” Georgia Murray, the staff scientist at the Appalachian Mountain Club who led the analysis, told WBUR.
Advertisement:
“But if the plants and animals in this environment are used to a certain type of climate, and that is shifting, you’re definitely going to see some impacts.”

Still, Murry told the radio station, there is hope that we may still be able to escape the biggest changes and impacts caused by climate change.

“There’s still an opportunity … to reduce our carbon emissions projections,” Murray told WBUR. “What we’re trying to do is minimize the extreme changes we might see moving forward. So we still have a job to do.”

Stay up to date on all the latest news from Boston.com