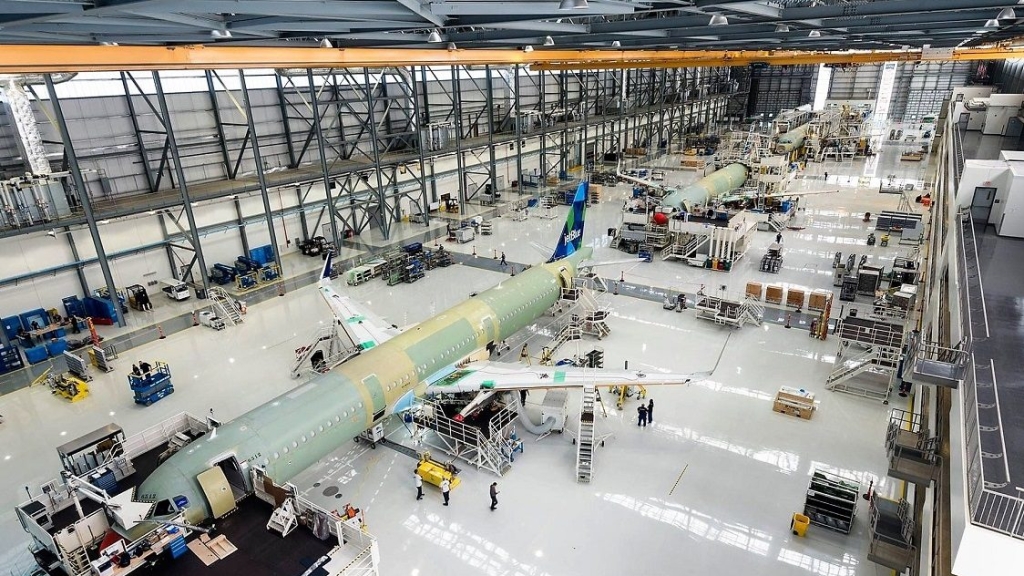 Governor Kay Ivey joined Airbus officials, Mobile leaders and education professionals at a community event Monday afternoon to celebrate the aerospace company’s new growth plans at its Alabama manufacturing facility.
Airbus’ latest expansion project calls for the addition of a third final assembly line, or FAL, at its Mobile factory to support increased production of its A320 Family of single-aisle passenger aircraft.
During Monday’s event at Bishop State Community College, Airbus outlined plans to add 1,000 new jobs over the next several years to its workforce at the Mobile manufacturing facility, which today totals around 1,200.
“It’s wonderful to see Airbus continue to grow its only U.S. airliner manufacturing operation with another expansion in Mobile,” said Governor Ivey. “This growth is made possible by the company’s skilled workforce in Alabama and our commitment to developing a pipeline of future aerospace workers.”

Last week, Airbus announced plans to ramp up global production of A320 Family jets, including the addition of the new 350,000 square-foot FAL in Mobile. Details about the new jobs at the Alabama facility were not released at that time.
“The fact that Mobile will lead our unprecedented global production rate increase in coming years is a tribute to the world-class labor force in Alabama,” said C. Jeffrey Knittel, cha …