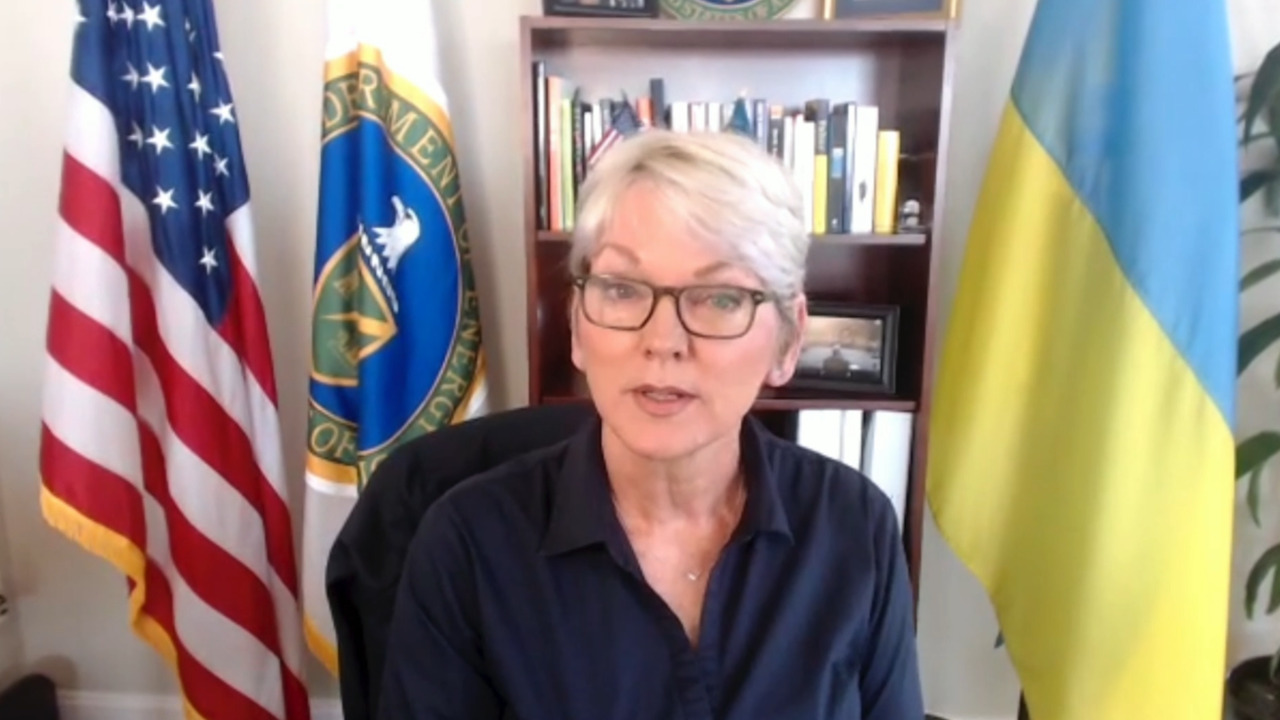 “They absolutely need to pass and I am feeling actually pretty bullish about it at this very moment,” Energy Secretary Jennifer Granholm said of the tax credits.

Energy Secretary Jennifer Granholm said Wednesday she is “bullish” that Congress will ultimately pass some form of clean energy tax credits — particularly as Democratic Sen. Joe Manchin conducts bipartisan meetings with senators on an energy bill.
The bipartisan infrastructure law that passed last year “is sort of the spine of the president’s clean energy and energy future agenda, but the tax credits are the lungs of it,” Granholm told POLITICO’s Sustainability Summit. “They absolutely need to pass and I am feeling actually pretty bullish about it at this very moment.”

The clean energy tax credits were part of Democrats’ broad budget reconciliation package that collapsed in the Senate last year because of opposition from Manchin. Those credits included extensions of long-held incentives for renewable sources such as wind and solar, but would also subsidize new technologies including nuclear and clean hydrogen.

Manchin has said he supports tax credits for clean energy, but has voiced opposition to expanding credits for electric vehicles.
Granholm indicated Wednesday that updating the nation’s mining regulations to help increase U.S. production of critical minerals — a top priority for West Virginia’s Manchin — could help convince him to support incentives for electric vehicles.
“We’ve got to be responsible in terms of how quickly we can permit and how much we’ve got to move on doing extraction in the United States,” she said. “If we address those things, I think he …