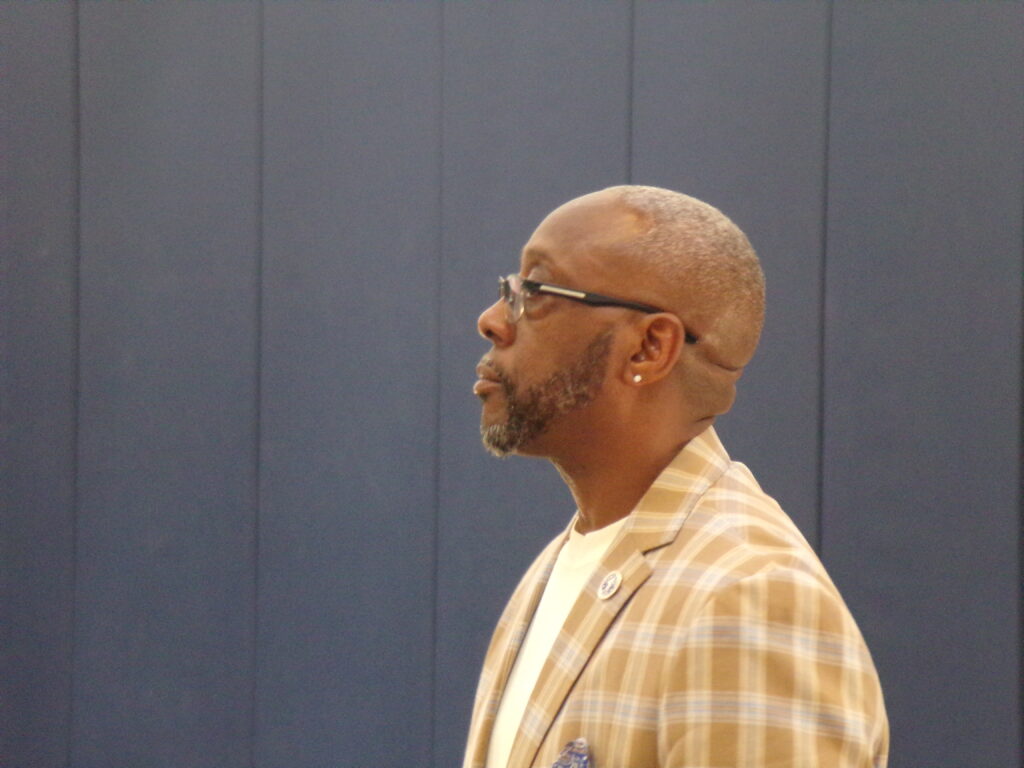 NEWARK – Taking aim at intergenerational poverty, Laborers Local 55 wants to facilitate a lifetime career course for Newark residents by giving them what the union calls a Pathway to Apprenticeship.
At TREC (Training, Education, Recreation Center) in the South Ward this past Thursday, Local 55 President Wayne Richardson, and his longtime friend and fellow Local 55 brother John Blyden, launched a five-week construction trade career pathway workshop.
Around 30 people showed up to pick up application and undertake interviews to begin their training to gain placement to state-approved skilled labor apprenticeship.
“On time is 15 minutes early,” said Richardson, who doubles as president of the Essex County Commissioners.
He anticipated a protest from the audience.
On time is on time.
Richardson

“No,” he said. “That’s not how you show up for a job. You show up for a job 15 minutes early. This is something we’re going to be really strict about.”
That’s because when and if the Local 55 pre-apprentices get placed, they will face strict worksite regulations.
Richardson and Blyden have worked in the local for 14 years, working to break through the disconnect between Blacks and Hispanics and Building Trades labor and connect people in urban communities to jobs.
Blyden

Local 55 specializes in urban residential construction, but Richardson was quick to note that a fast tracked course to skilled labor could land some of the people in the room on a bridge or tunnel project, as the federal government tries to kickstart the economy.
“We’re moving fast with this,” said the labor leader. “We want to make sure you have everything you need to be successful.”
As part of the training, each person who gets through the interview process (and drug test) will receive a weekly stipend of $200 as they fulfill the pre-apprenticeship course in anticipation of the formal Pathway to Apprenticeship (P2A).

According to the Laborers:
“Since its founding by a small group of volunteers in 2013, P2A has assisted hundreds of people from low-income communities (more than half of whom have a history of justice involvement) to be admitted into a Building Trades apprenticeship program.
“Many have gone on beyond their apprenticeship to become journeywork’s and shop stewards, while others are also P2A Peer M …