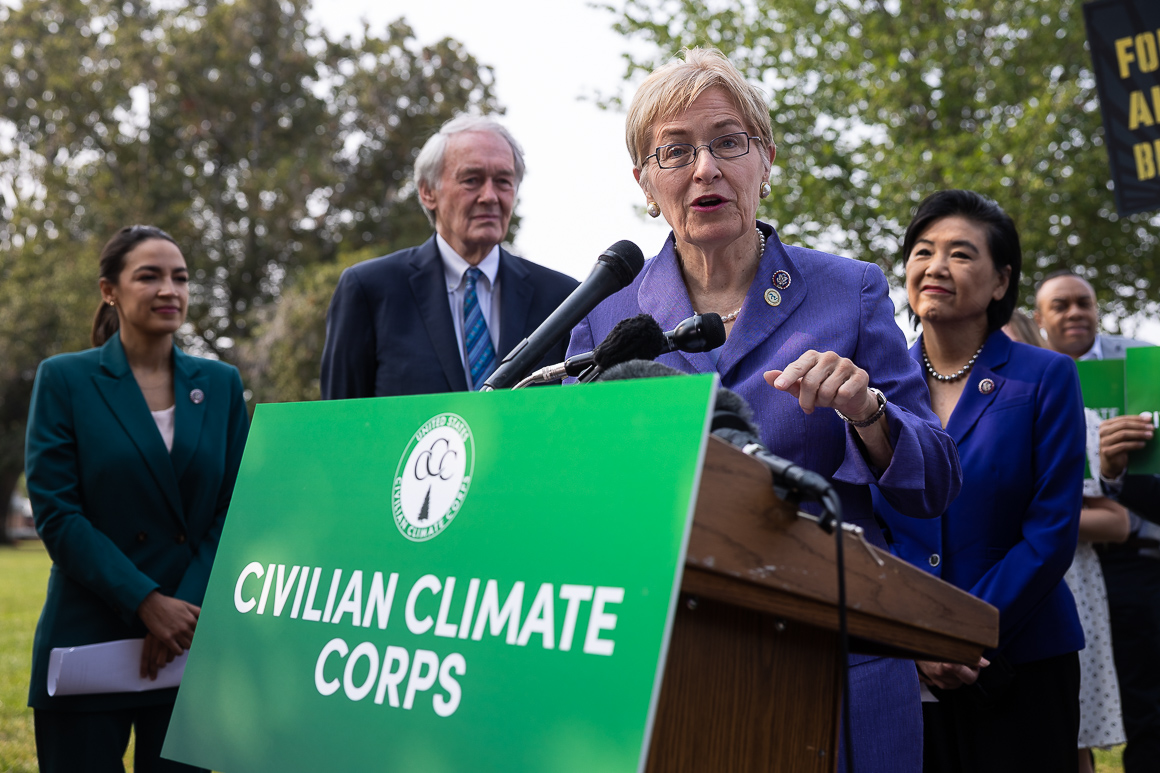 Ohio Democratic Rep. Marcy Kaptur is likely facing her toughest reelection battle yet from a former nuclear energy worker who has been linked to the Jan. 6, 2021, riot at the Capitol and the QAnon conspiracy theory.
J.R. Majewski, a political newcomer, emerged this week as the winner of a four-way primary to be the Republican nominee for northwestern Ohio’s 9th District, centered in Toledo, in this year’s midterm elections (E&E Daily, May 4).
Kaptur, who chairs the House Energy and Water Development Appropriations Subcommittee, has rarely faced a competitive election and is the longest-serving woman in the House with nearly four decades of tenure, owing in part to the strong Democratic lean in her district.

But in the redistricting process, GOP state lawmakers redrew the 9th District to include more rural areas and give Republicans a significant leg up. Sabato’s Crystal Ball, a project of the University of Virginia Center for Politics, rates the race a “toss-up.”
Majewski entered the race a year ago, before the district was made more Republican. But redistricting has significantly increased the chances he could go to Congress next year.
In a preview of the general election fight to come, Majewski is accusing Kaptur of not spending enough time in the district. “I’ve seen her one time in my entire life,” he said last month on “Fred LeFebvre and the Morning News,” a radio show on Toledo’s WSPD-AM. The Kaptur campaign noted that she goes to church weekly in Toledo, among her other activities there.
Majewski’s campaign did not respond to …