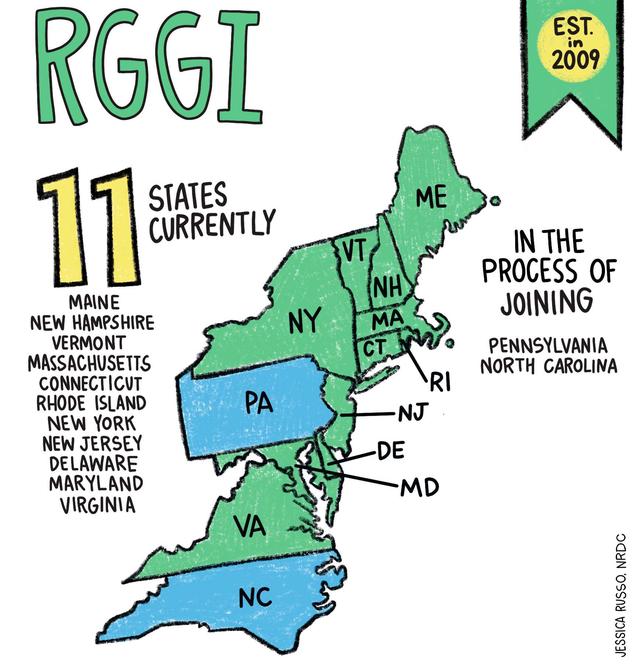 At a time when energy prices are skyrocketing, here’s some good news for residents in 11 Eastern states: according to a new report out today, RGGI, a regional power plant program, is working to lower electricity bills for households and businesses by billions of dollars and improve cost of living through investments in energy efficiency, renewable energy, electrification, and other measures that are also cutting pollution and cleaning up our air. Thanks to the investments made to date, including $196 million invested in 2020 alone, consumers are on track to save $15 billion on their utility bills.

RGGI is the Regional Greenhouse Gas Initiative, an innovative multistate program that cuts dangerous carbon pollution from the power sector by charging the owners of fossil fuel power plants for their pollution and using those dollars to fund cleaner, lower-cost energy alternatives, such as efficiency, rooftop solar, battery storage, and other measures. Since it launched in 2009, RGGI has helped tackle the climate crisis by cutting power plant carbon pollution from participating states in half while also providing significant health benefits—such as reduced asthma attacks, healthier communities, and hundreds of lives saved—across the Eastern U.S., thanks to reductions in air pollution as a result of the program.
And these benefits are continuing to grow, thanks to RGGI’s declining carbon pollution cap, which requires continued pollution reductions over time, and to new states that see the benefits of RGGI and elect to join—further expanding the program’s impacts and reach.
In recent years, New Jersey and Virginia became RGGI’s 10th and 11th states, respectively, and Pennsylvania recently adopted state rules that will enable the Keystone State to participate starting later this year. North Carolina is similarly exploring RGGI, which together with Virginia would further extend the program into the South. These more recent entrants join Connecticut, Delaware, Maine, Maryland, Massachusetts, New Hampshire, New York, Rhode Island, and Vermont, which have participated in RGGI since the start of the program.
And why wouldn’t more states want to join? Today’s RGGI report, which summarizes investments made under the program in 2020, shows that for every $1 raised through RGGI and invested in energy efficiency or other programs in 2020, RGGI is producing $10 in energy bill savings. Overall, across RGGI’s first 12 years (2009-2020), the return on investment is 4-to-1.
These returns should come as no surprise: more than half of RGGI dollars to date have been invested in energy efficiency measures, which, by enabling households and businesses to do more with less energy waste, have long been known to return significantly more value back to consumers, the economy, and the environment than they cost to install.
Despite RGGI’s overwhelming, proven benefits, some politicians are, unfortunately, attempting to undermine their states’ participation in the program—throwing consumers and the public under the bus in order to curry favor with deep-pocketed fossil fuel donors instead. Virginia Governor Glenn Youngkin, for example, is attempting to withdraw from RGGI (illegally) by turning the state’s environmental policy over to the fossil fuel industry. And in Pennsylvania, climate change-denying state legis …