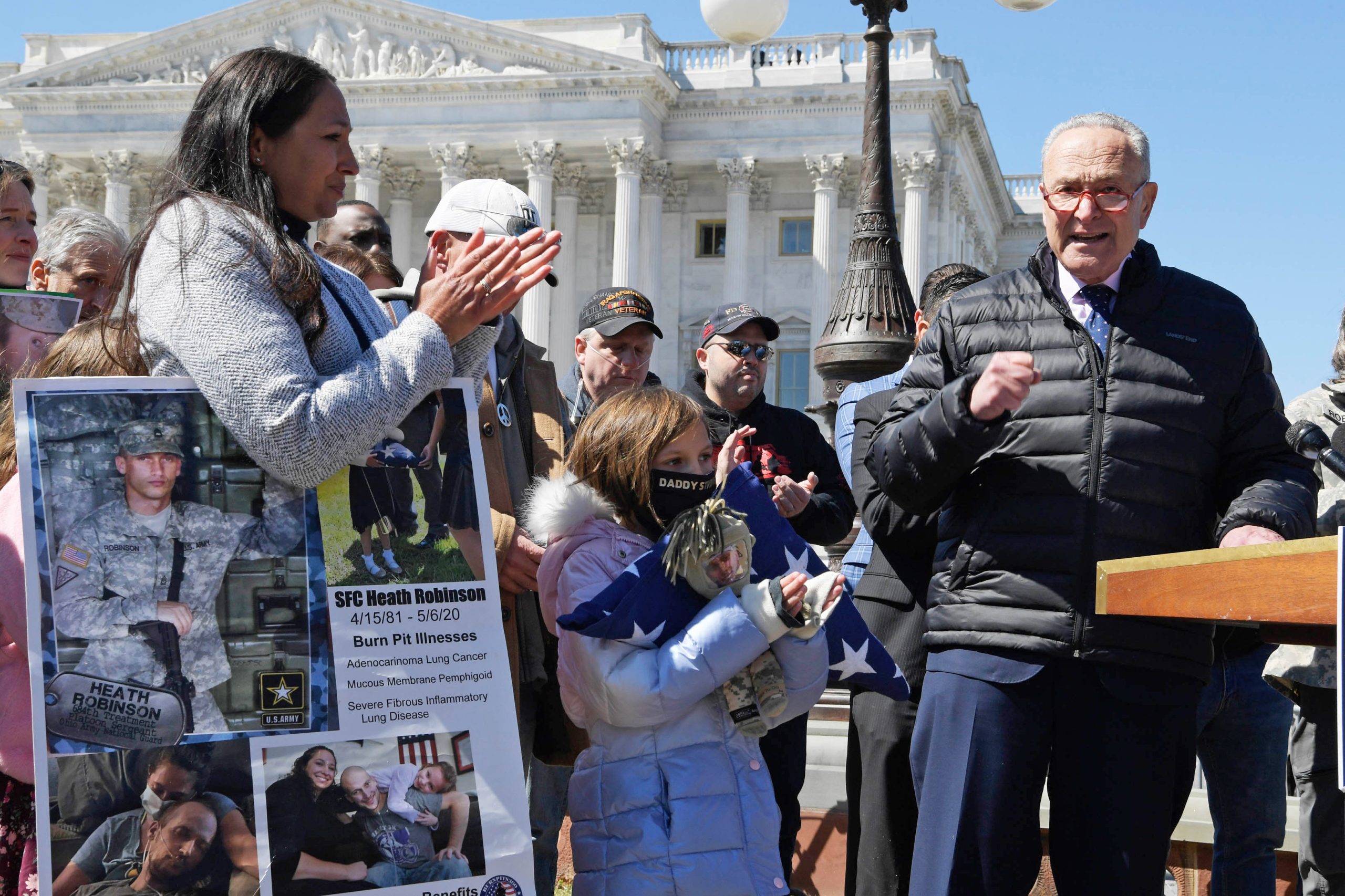 Thousands of military veterans who are sick after being exposed to toxic smoke and dust while on duty are facing a Senate roadblock to ambitious legislation designed to provide them care.

The Senate could start work as soon as this week on a bipartisan bill, called the Honoring Our PACT Act, that passed the House of Representatives in March. It would make it much easier for veterans to get health care and benefits from the Veterans Health Administration if they get sick because of the air they breathed around massive, open-air incineration pits. The military used those pits in war zones around the globe — sometimes the size of football fields — to burn anything from human and medical waste to plastics and munitions, setting it alight with jet fuel.

As it stands now, more than three-quarters of all veterans who submit claims for cancer, breathing disorders, and other illnesses that they believe are caused by inhaling poisonous burn pit smoke have their claims denied, according to estimates from the Department of Veterans Affairs and service organizations.

The reason so few are approved is that the military and VA require injured war fighters to prove an illness is directly connected to their service — something that is extremely difficult when it comes to toxic exposures. The House’s PACT Act would make that easier by declaring that any of the 3.5 million veterans who served …