The EU just proposed a ban on oil from Russia, its main energy supplier – NPR 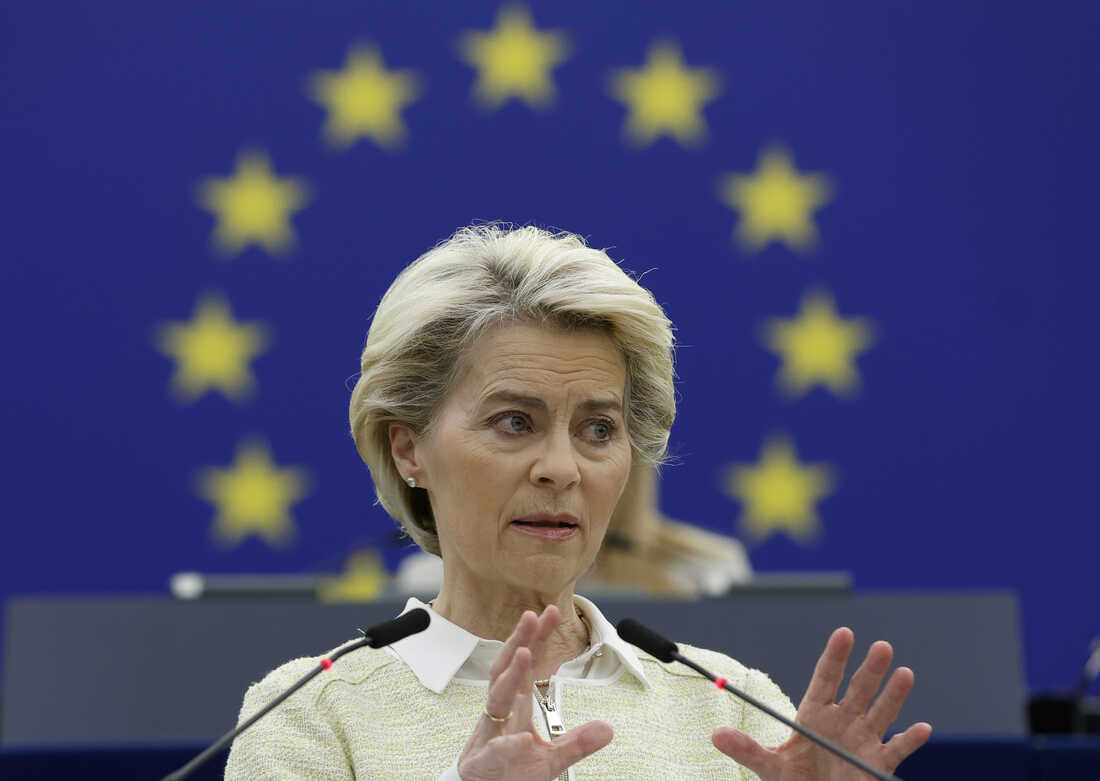 The European Union relies on energy exports from Russia more than from any other country. Now, the EU is proposing to cut itself off from Russian oil. “Today we will propose to ban all Russian oil from Europe,” European Commission President Ursula von der Leyen announced on Wednesday, unveiling Europe’s latest plan to punish Russia for invading Ukraine. The proposal comes after weeks of speculation about how far the bloc would go in imposing economic sanctions that could harm its own member states.

The ban would hit at a pillar of Russia’s economy by phasing out the import of Russian crude oil to Europe within six months, and stopping the flow of refined oil by year’s end. It would also put enormous pressure on the EU’s 27 members to find new energy sources and to cope with whatever retaliatory moves Russia imposes in return. Here’s a brief rundown of why the oil ban is a uniquely prickly problem for Europe: The EU wants to punish Russia — its largest supplier of fossil fuels Anyone who feels conflicted about doing business with a company whose values diverge from their own can probably identify with the EU’s conundrum. The bloc wants to support Ukraine, and it doesn’t want to fund Russia’s war machine. But the EU has come to rely on Russia more than any other country to fulfill its energy needs. New oil sanctions could expose Europe’s citizens to price hikes and fuel shortages.

In 2019, Russia accounted for nearly 27% of the EU’s crude oil imports — more by far than any other single source. And despite Europe’s prevailing unity in opposing Russia after the invasion, the EU didn’t stop buying Russian energy.

In the first two months after Russia started a war in Ukraine, Russia exported $66 billion in fossil fuels, and the EU accounts for 71% of that trade, according to a recent report from the Centre of Research on Energy and Clean Air. Germany was the biggest importer, followed by Italy. The Netherlands and France were also among Russia’s top six customers for fossil fuels. Is natural gas the next step? The EU took its first big step away from Russian fuels last month, when it banned coal imports from Russia. Now it’s targeting oil. But the most challenging energy-related ban Europe could impose is on natural gas. That’s because, as reliant as the EU has been on Russia’s oil, it depends even more on Russia’s gas. In the war’s first two months, Russia’s natural gas deliveries to Europe actually rose by 20%, even as exports of oil and coal to the EU fell, according to CREA’s recent report. In the first quarter of 2022, the EU got 30% of its natural gas imports from Russia, according to the Institute of Energy Economics. Compare that to 2019, when Russia accounted for more than 41% of the EU’s gas imports.
EU Energy Commissioner Kadri Simson says that cutting the EU off entirely from Russia’s gas supply would pose a serious challenge. “It is neither sustainable nor affordable,” Simson said this week, to replace 155 billion cubic meters of Russian natural gas with gas from other sources. She’s urging the EU to speed up its adoption of green technologies and the transition to renewable energy sources, so it can be independent from Russia’s fossil fuel.

In the short term, Simson said, the EU should focus on building up its gas storage levels, which currently sit at just over 32% of capacity. That won’t be nearly e …