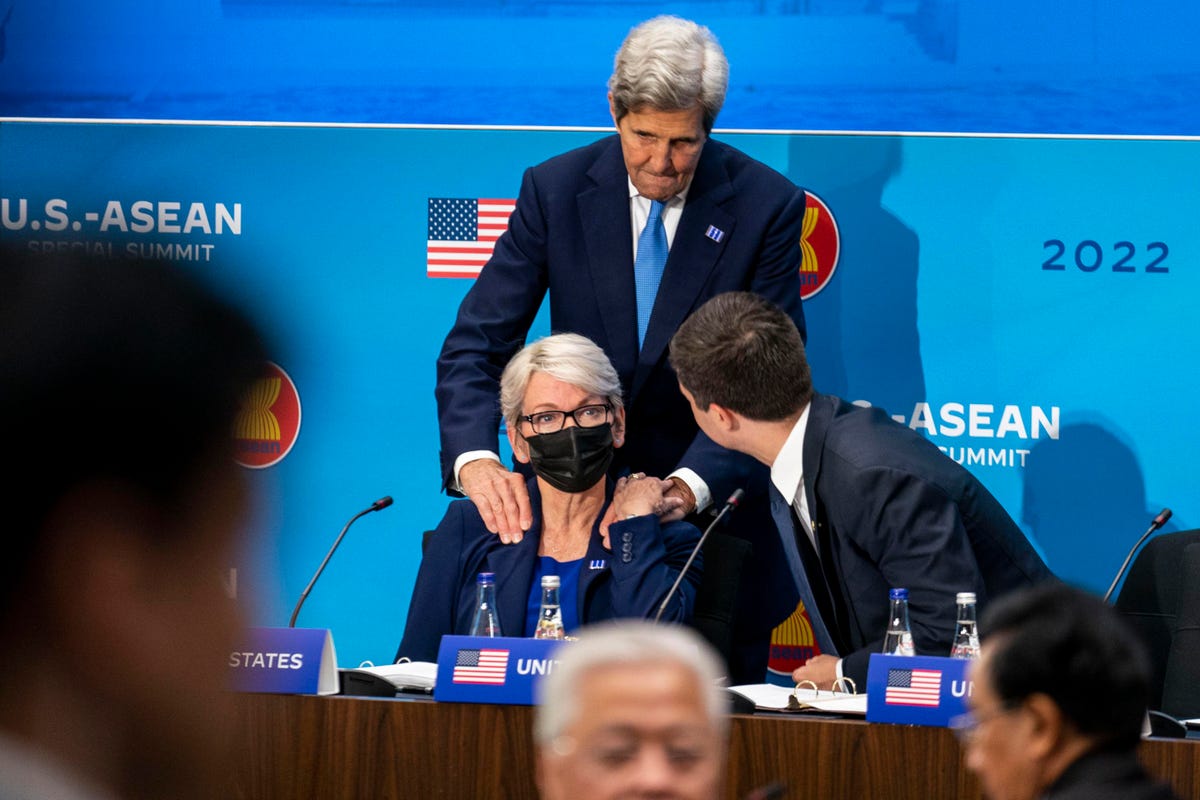 WASHINGTON, DC – MAY 13: Special Envoy on Climate John Kerry, Secretary of Energy Jennifer Granholm … [+] and Secretary of Transportation Pete Buttigieg talk with each other ahead of the arrival of Vice President Kamala Harris to a meeting on Climate with Cabinet members and leaders at the Association of Southeast Asian Nations (ASEAN) as part of the U.S.-ASEAN Special Summit at the Loy Henderson International Conference Room at the U.S. Department of State on U.S. Department of State on Friday, May 13, 2022 in Washington, DC. (Kent Nishimura / Los Angeles Times via Getty Images)

So many interesting conversations this past week. During a chat about energy issues with the CEO of an advisory company, he stopped mid-sentence and said, “You know, our main problem right now is that those who are making all these decisions are not serious people.”

The CEO of one industry trade association, discussing last week’s decision by the Biden administration to cancel three more scheduled federal lease sales, told me that, “by this point in Barack Obama’s first term, his Interior Department had conducted more than 50 such sales.” Sixteen months into the Biden administration, the number remains stuck on zero, even as the administration continues to harangue the industry for failing to produce more oil and gas.

I was asked early this week by Fa …