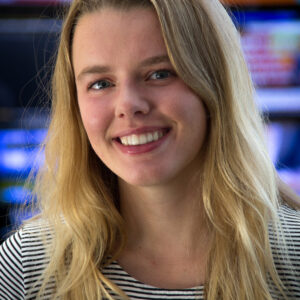 Can we laugh about something as dire as climate change?The creators of a new comedy venture think so. In fact, comedian Esteban Gast believes humor is a way to reach people who haven’t thought much about climate change.

Gast is a co-founder of the Climate Comedy Cohort, a group of nine comedians from around the United States who will spend the next six months learning from climate experts and collaborating to pitch jokes for future performances and videos.

The goal is to create climate communication with comedy baked in, said co-founder and comedian Kenice Mobley. The group will work to find a balance between informing their audience about climate change without diving into a narrative of death and destruction. Rather, the cohort’s creators hope the audience will be learning, laughing and leaving feeling inspired.

“I’m so excited to see the projects that these [comedians] come up with,” Mobley said, “because it has just been doom and gloom mostly in the past.”

The health care sector accounts for 8.5 percent of greenhouse gas emissions in the United States, and a huge portion of that comes from surgeries. Operating rooms, in fact, have a carbon footprint three to six times larger than hospitals as a whole, with heat trapping anesthetic gases and energy-intensive robotic surgeries p …