When Were Gambling Games Invented? 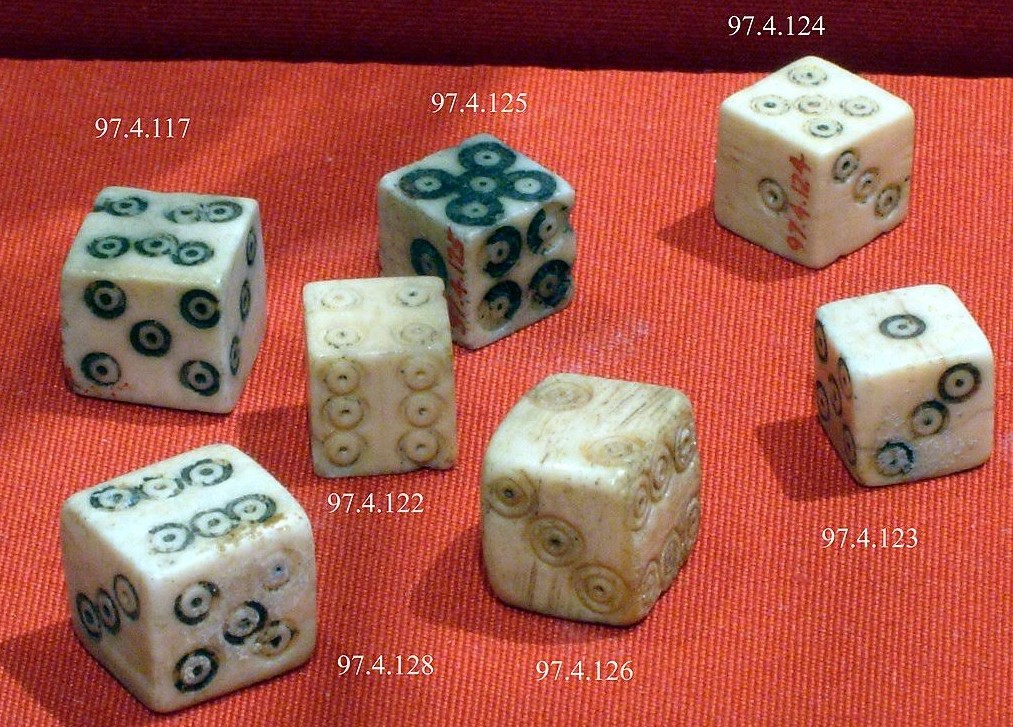 People have always enjoyed gambling, but when did the first gambling games appear? Since this activity goes back to before written history began, we have to rely on the evidence that has been gathered for the earliest games before moving forward in time to look at the origins of some games that are still popular.

Let’s dig in and see when people started to gamble around. Is it something recent or very ancient?

The Earliest Gambling Games to Be Discovered

There’s no simple answer to the question of which gambling game came first. For instance, researchers have found dice in China that were used around 3000 BC, but they believe that these were based on earlier models that have never been found.

We know that gambling houses sprung up in China, possibly before the first century BC. Players are believed to have wagered on lotto-style games and early versions of domino in them. Historic games like pai gow can be partially traced back centuries, while it seems that the Chinese had playing cards as early as the 9th century AD.

Just about every other culture on the planet had gambling games of their own that people loved to try. For example, dice are mentioned in Greek writings from 500 BC, and even older dice have been discovered in Egypt.

We came a long way from those times to nowadays when you can simply gamble from a portable device, either a laptop or a mobile phone on popular sportsbooks and casinos like this one: https://www.bovada.lv/casino

Currently the most popular card game in the US, poker has been around for less time than many other casino classics. However, some theories suggest that it’s based on an ancient Persian game called As-Nas, which was first played around the 16th or 17th century. Others suggest it’s based on a Chinese domino game from a few centuries earlier.

The modern versions of poker first appeared in Europe, with German, France, and Spain all having similar games. The French version, known as poque, was taken to the US by European settlers and the rules were updated to make it more appealing to Americans.

As with many games, the switch to online playing at the start of the 21st century has made it far more accessible. Together with the ease with which we can now follow pro players in big tournaments, it’s easy to see why poker has become so popular.

Roulette is another classic casino game that has been around for longer than you might think. The invention of the roulette wheel is generally credited to Blaise Pascal, who is said to have created the first one in the 17th century.

The game has changed subtly over the years since then, but it remains recognizable even with more numbers added and different approaches to the zero pocket. For example, the earlier versions in the US had an American Eagle that acted as an extra zero.

Land-based roulette is still widely-played around the planet, but the introduction of live streaming is one of the advances that has added new options. This method of playing roulette sees the player sign in using a mobile device or desktop computer, while a live human dealer is streamed on their screen from a casino setting.

Slots have been around since the end of the 19th century, when Charles Fey created the mechanical Liberty Bell game. Things have come a long way since then but the basic gameplay on this original slot is still reflected in modern slots.

In fact, many of the slots that you’ll find online these days still have symbols that hark back to the Liberty Bell game, with bells and bars on them. However, the possibilities offered by the internet and new technology has led to a greater variety of slots based on numerous diverse themes.

Additional features have also been added, while these games still retain the original goal of trying to complete a winning line of identical symbols. Among the features to look out for, we can see free spins, bonus games, and wild symbols with multipliers.

Card games where players try to get a total of 21 have been included in casinos since the early 1700s. In fact, some theories suggest that this game was first played by the Romans, although it’s more commonly believed that the French game of Vingt-et-Un was the first version of blackjack.

It was immediately popular upon its arrival to the US and some changes were made to it for American audiences. Interestingly, there are now relatively few differences between the American and European versions of blackjack.

As with most types of casino games, the current popularity of online casinos has allowed diverse versions to prosper. For example, side bets have become widely available and you can also look for interesting variants with live dealers or those that use different numbers of packs of cards.

As we have seen, there is a long history of gambling games across the planet. Many of the games that we most enjoy playing in current times have been around for centuries but have been adapted over the years to suit our current tastes and lifestyles.