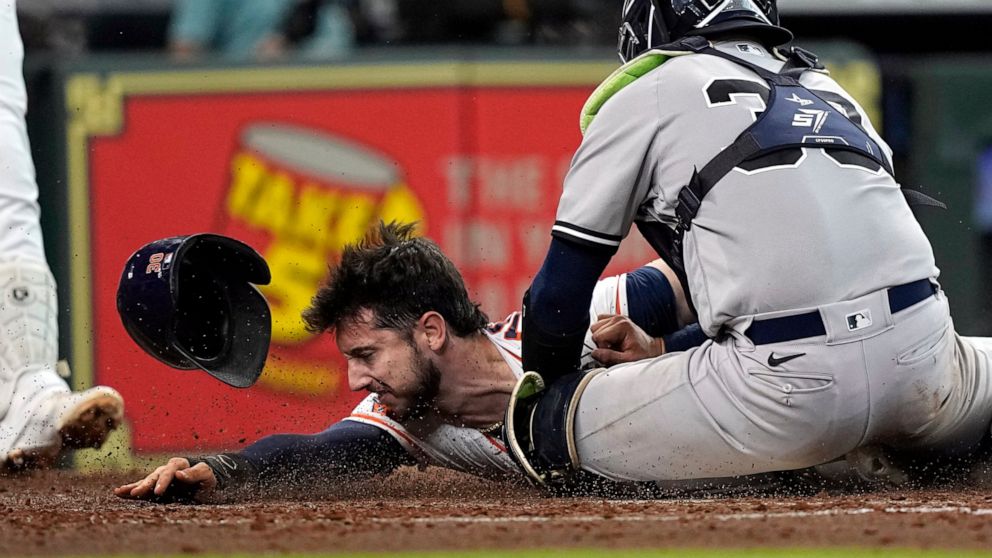 HOUSTON — Houston’s Kyle Tucker was thrown out Thursday night when he tried to steal home while New York Yankees starter Luis Severino tinkered with his malfunctioning PitchCom device.Alex Bregman had just hit a two-run double to put Houston up 2-0 and Tucker was on third with two outs in the third inning. With Yuli Gurriel at-bat, a frustrated Severino took off his cap and held the PitchCom speaker to his ear, apparently unable to hear instructions from catcher Jose Trevino.Tucker saw Severino was distracted and tried to sneak home. Severino had the PitchCom earpiece in his right hand and had to quickly maneuver to get the baseball back in his throwing hand. He threw home while still holding his cap, and his throw narrowly beat Tucker and ended the inning.The PitchCom digital pitch-calling devices, which transmit signals from the catcher to the pitcher, were introduced to the majors this season. The system was designed to halt sign stealing in the wake of the Astros’ 2017 scandal.———More AP MLB: https://apnews.com/hub/mlb and https://twitter.com/AP—Sports