Biden is boosting U.S. troops in Europe because of Russia’s war in Ukraine 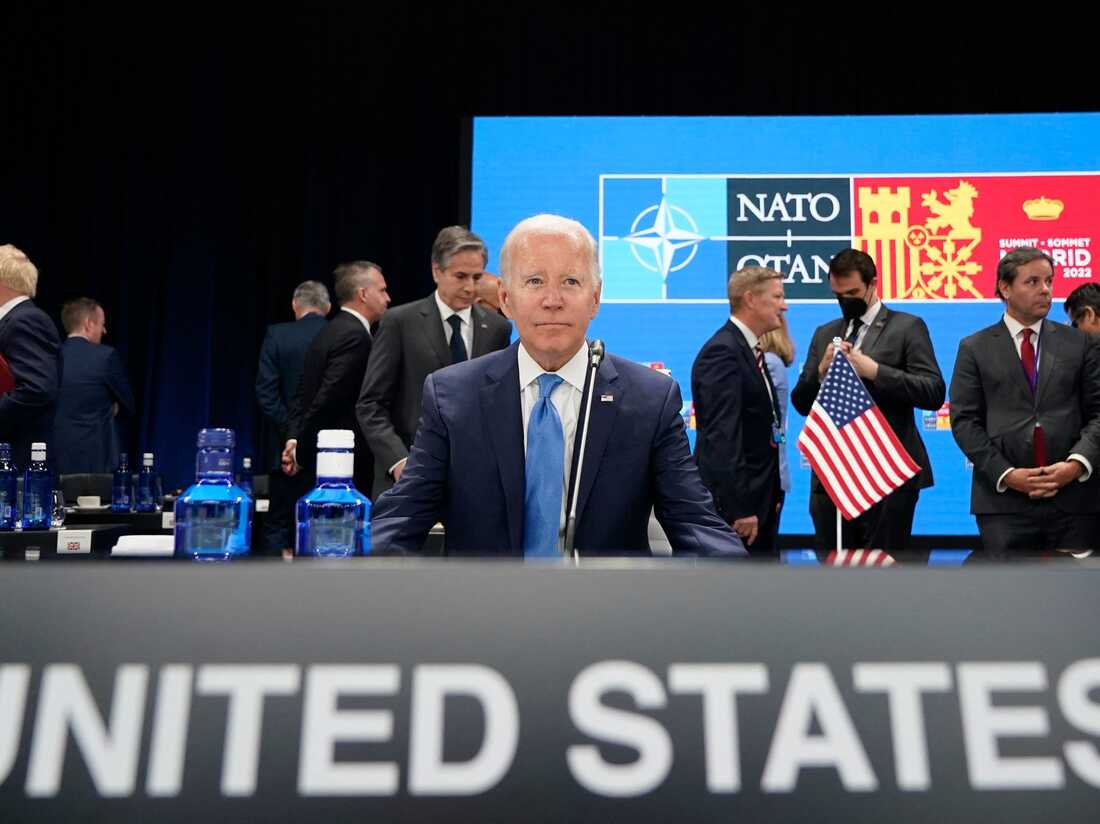 President Biden waits for the start of a roundtable meeting at the NATO summit in Madrid. He announced the U.S. would increase its military presence in Europe.

MADRID – President Biden announced on Tuesday that the U.S. would enhance its military presence in Europe, including more naval destroyers stationed in Spain, two F-35 fighter jet squadrons positioned in the United Kingdom and a permanent headquarters in Poland for the U.S. 5th Army Corps. This increased force posture comes as Russia’s invasion of Ukraine drags on and countries in Europe grow increasingly nervous about the war on their continent. “The United States and our allies, we’re going to step up,” Biden said the start of the NATO summit in Madrid. “We’re proving that NATO is more needed now than it ever has been and it’s as important as it ever has been.”

Before Russia’s invasion, some NATO members had been reluctant to bulk up their military budgets and contribute to the common defense. That has changed in recent months, and other NATO members are expected to announce force posture increases during the summit in Madrid. The summit also saw Turkey drop its objections to Finland and Sweden joining the alliance. These are the countries where the enhanced forces will be stationed Since February, when Russia invaded Ukraine, the U.S. Department of Defense has increased the number of U.S. troops in Europe to more than 100,000 service members, up from 80,000.

The new announcement means those numbers will stay elevated, and the U.S. plans to make those surge forces a more durable presence. The announcement includes the following measures: Poland: permanent station for the 5th Army Corps Headquarters Forward Command Post, an Army garrison headquarters, and a field support battalion, to allow the U.S. to more easily deploy combat troops along NATO’s eastern flank Romania: position a rotational brigade combat team The Baltic region: increase rotational deployments of armored, aviation, air defense, and special operations forces Spain: increase the number of destroyers stationed at Rota from four to six United Kingdom: station two squadrons of F-35 fighter jets. Germany: forward-station an air defense artillery brigade headquarters, a short-range air defense battalion, a combat sustainment support battalion headquarters, and an engineer brigade headquarters Italy: forward-station a short-range air defense battery “This is a significant decision precisely because of the changed security environment and the recognition that the United States needs to have a longer term capability to sustain our presence, our training our activities and our support to the countries of the eastern flank,” said Celeste Wallander, assistant secretary of defense for international security affairs at the United States Department of Defense.
Wallander said the goal is to send a message that there are are “effective defense capabilities” in place to serve as a deterrent to further Russian aggression in Europe.
…