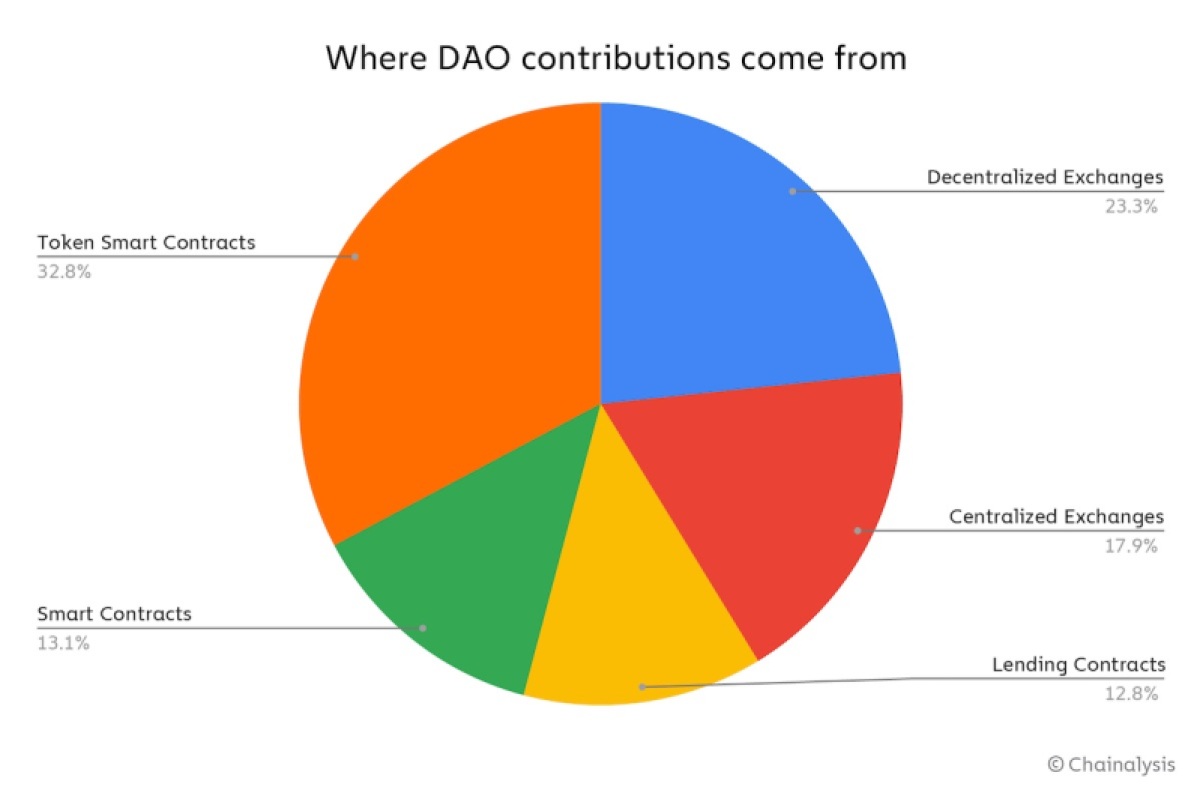 The ownership of decentralized autonomous organizations (DAOs), which manage Web3 projects, is surprisingly concentrated, according to a report by research firm Chainalysis.

Such DAOs are a staple of Web3, as founders invite community followers, users, and other stakeholders to get an ownership stake and a say in how Web3 projects are governed. But despite democratic principles, Chainalysis found fewer than 1% of all DAO holders have 90% of the voting power.

The internet-native and blockchain-based DAOs are intended to provide a new, democratized management structure for businesses, projects, and communities, in which any member can vote on organizational decisions just by buying into the project.

DAO founders create a new cryptocurrency, known as a governance token. They distribute these tokens to users, backers, and other stakeholders. Each token corresponds to a set amount of voting power within the organization. Each token also corresponds to a price on the secondary market, where it can be bought and sold at will.

While this process is often described as a way to decentralize power, governance token data suggests that DAO ownership is highly concentrated, Chainalysis found. By analyzing the distribution of ten major DAOs’ governance tokens, it find that, on average, less than 1% of all holders have 90% of voting power.

This has meaningful implications for DAO governance. For example, if just a small portion of the top 1% of holders worked together, they could theoretically outvote the remaining 99% on any decision. This has obvious practical implications …